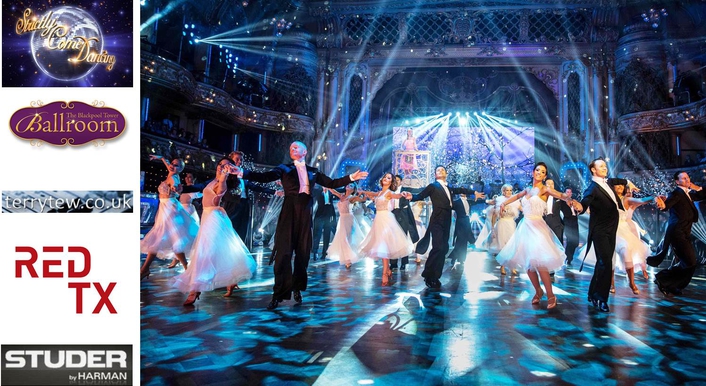 Strictly Come Dancing Finds Ideal Companion in Studer
When BBC’s flagship Saturday night Strictly Come Dancing entertainment show relocates once a year from Elstree Studios to the coruscating Blackpool Tower Ballroom, all the production infrastructure likewise heads north, with the OB recording trucks set up in a co-opted scanner park. With the hit show now in its 10th year, BBC Studios and Post Production’s Andy Tapley, and lead Sound Supervisor, Tony Revell, evolved an elegant workflow in Blackpool, mixing the show entirely on three HARMAN’s Studer digital consoles. For the first time on a Strictly OB, the topology was based on a conjoined Vista 8 and Vista 5, alongside a Vista 1, which handled the surround sound mix within Red TX’s reconfigured Red II 3D/7.1 OB truck. This also housed a dedicated grams area.

Both the Vista 1 and Vista 5 were provided by Terry Tew Sound & Light, along with 60-70 channels of radio mic and IEMs. Tew also handled RF frequency management.

States Andy Tapley: “Linking the Studer Vista 8 and Vista 5 Cores via HD provided 96 channel tie-lines, as well as 64 bi-directional MADI streams between the Vista 1 and Vista 5; this meant it was easy to sub-mix and main mix between the two.”

Mixing live in the ballroom was FOH sound engineer Nick Cook. Three of the fibre stageboxes were located by the splits for radio mics and band circuits with the fourth assigned to audience mics. (FOH also took its feeds from these splits).

Both stereo mixes and surround mixes were created in the OB. Stems were provided to Sound Supervisor Richard Sillitto who produced a surround mix on the Vista 1 via the Dolby E encoder and Dolby Audio Tool. The resulting downmix was then compared to Tony Revell’s stereo mix. “I could precisely match the stereo dynamics Tony was using by simply interpreting his mix,” states Sillitto. “But the aim of the surround mix is to put everyone in the best seat in the house; it’s why you want to hear the audience around you.” 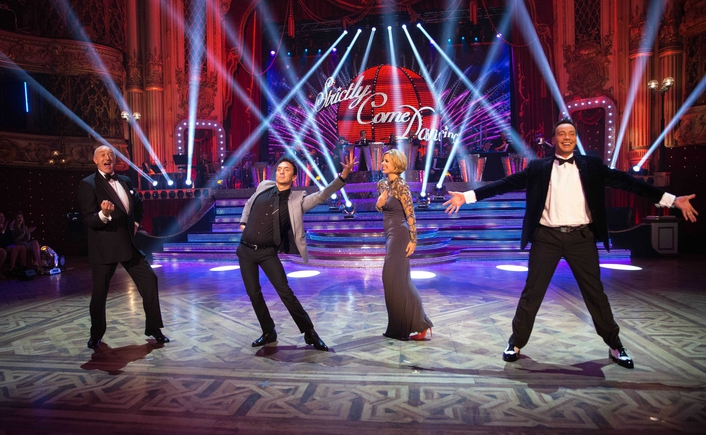 Running the I/O architecture via optical fibre were four Studer D21m stage boxes — two each assigned to the Vista 5 and Vista 8 where McBusted were joined by Shirley Bassey (plus a 12-piece string section and backing vocals). This was in addition to resident band leader Dave Arch’s 15-piece ensemble, fed via MADI to the Vista 8, which also handled the string submixes. The Vista 5 provided Grams feeds to FOH and monitors (sound beds, voice overs, tracks for McBusted and couples’ rehearsals).

Other add-ons to the sound desk technology proved equally useful in supporting a first class production. For example, ‘Virtual Vista’ was used to build the desks and the Vista ‘Config’ tool used to design the number and type of channels as well as busses and I/Os for each of the three desks.

“This was really the key to enabling the Vista 5 and 8 to link cores,” explained Tapley, “It meant I could build the desk titles with 'Virtual Vista' from the comfort of my sofa! It enabled us to drop our Configs into Dropbox and compare tie-lines and MADI routing so that by the time we arrived here we could virtually load the files on USB sticks, and save as snapshots.” These were used to save band and vocal mixes and prefade routings to VT of couples’ mics while dancing. Each snapshot on the Vista 8 fired off a MIDI trigger to the Vista 5 so that the snapshots on each desk would change in unison.

The production team also called on the Studer VistaMix Plus software resource, assigning four separate busses and automixing with the Cedar DNS-8 dialogue noise suppressor. “It makes a huge difference to be able to place the person talking in the centre of the mix and duck any others rather than having something swimming in open PA,” Revell remarked. “Each presenter’s and judge’s mic had it’s own Cedar channel inserted — and this ‘cleaned’ audio was then fed to the VistaMix channel to further improve the signal.”

The eventual mix transmission was sent via MADI to the adjacent CTV OB truck where all vision mixing and VT routing take place. 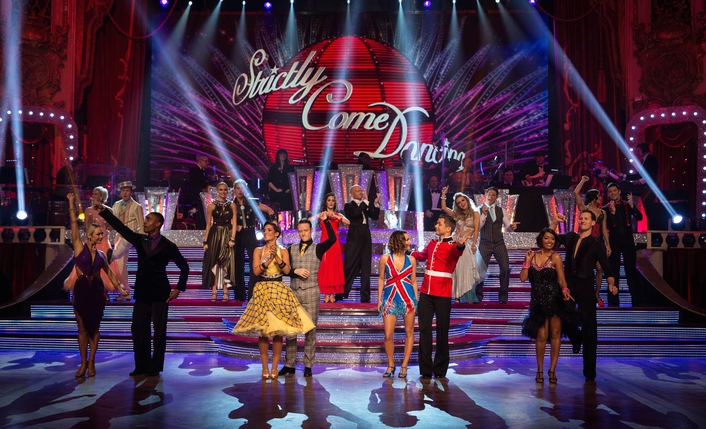 Tony Revell said: “With this technology, we are able to build the mix accordingly and it is easy because of the MADI connectivity. I can write a custom config for the surround and via an extra MADI card, link all three desks.”

It also enabled the sound supervisor to fire off different reverbs, running QLab on a MacBook Pro, with the ‘Theatre Cue’ list containing the snapshots programmed with MIDI cues.

In summary, both Andy Tapley and Tony Revell say the experience of the conjoined Vista 8 and Vista 5 had been “like having one big desk, requiring just two CAT5 cables to link them. We were able to replicate the studio operation on the OB and it enabled us to concentrate on the content without having to worry about the technical aspects.” 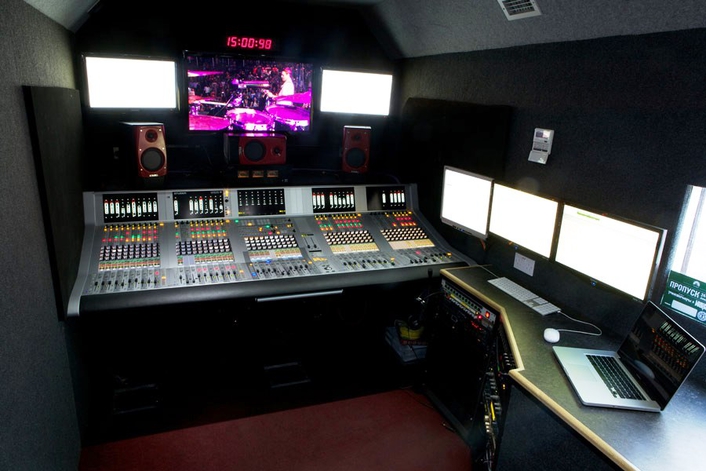 Tony Revell believes that the Studer set up had been given “the biggest workout we’ve ever known,” adding, “to be able to sit down and decide how many channels and mix busses we needed and then customise it for a particular event was really useful.

“It is certainly a huge step forward for us in delivering a show like Strictly live to air from an OB,” he concluded.