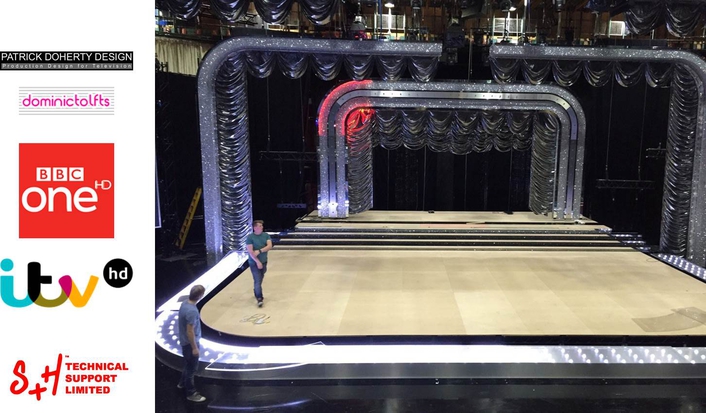 .
S+H Technical has supplied specialist draping and ‘soft’ lighting effects lighting to several high profile TV shows recently including Strictly’s Blackpool special as well as for the regular weekly show broadcast from Elstree Studios; the main Children In Need telethon studio; popular talent competition ‘Stars in Their Eyes’ back on air in 2015 after a 9 year hiatus; new ITV talent show ‘Get Your Act Together’ and Bette Midler’s first ever ITV special ‘One Night Only’.

Another blockbusting Strictly season for the BBC sees S+H working with BAFTA Award winning set and scenic Designer Patrick Doherty – a regular client – for whom the Ilfracombe, Devon based company is supplying around 6000  Pea-Lights for the regular weekly episodes broadcast from Entree Studios. The Pea-Lights are integrated into the set walls of Patrick’s impressive ballroom design, together with 1000 square metres of rich red velvet starcloth also from S+H’s stock. 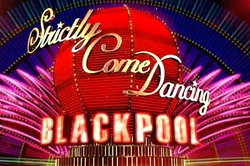 To replicate this look for the Blackpool special edition of the series – staged at the word famous Tower Ballroom – another 400 feet of Pea-light strings were supplied, along with 400 ft of plum coloured velvet drape, for masking stage and set elements.

S+H has now been supplying the Strictly phenomenon with specialist drapes and starcloth products for 8 years as the near iconic series continues to soar in popularity.

The Christmas show includes a large ribbon containing 1000 S+H lights, to add some Christmas lights to the effect.

Get Your Act Together is a brand new ITV talent concept being recorded at London Studios on the South Bank, again designed by Patrick Doherty.

A cast of celebrities will revisit talents they possessed before they became famous, tutored in their chosen skill by a star-studded team of trainers attempting to rekindle the ‘alternative’ star-potential of their youth.

S+H is supplying more Pea-Light on black cloth, approximately 50 metres of which is wrapping the set and custom silver ruched drapes have been produced to mask the 3 set arches.

Also part of the package is a fabulous glittery 12 metre wide by 5 metre deep silver lame Austrian drape that covers one of two arches, and three sets of silver lame legs and borders, all of which looks fantastic, especially when lit.

The show runs until February, culminating in a live final.

Multiple Grammy Award-winning singer and legendary performer Bette Midler recorded her first-ever UK television special, ‘Bette Midler: One Night Only’ at London Studios, for which S+H supplied a 45 metre wide by 6 metre high length of ShowLED Chameleon starcloth for the back of the stage and set, and wrapping around behind the audience. The designer was Dominic Tolfts. 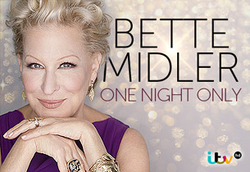 The Chameleon brought some very appropriate glamour to the show and provided a stunning backdrop to the action. It can be set to one colour if desired – including white – static or twinkling - or have various different colour and chasing effects applied. It can be integrated into any show at the touch of a button and set to match any themed environment or space.

Chameleon is made from the best quality LEDs and components from ShowLED, and S+H Technical Support is its sole UK distributor.

Another show for the same designer is  ‘A Christmas Cracker With Bradley Walsh’, which will be filmed at Hammersmith Eventim Apollo, London, in mid December with Chameleon starcloth as a backdrop and legs.

This year’s annual BBC Children In Need telethon raised a record £32 million for the charity and for the fifth consecutive year, S+H was involved in providing a 54 x 6 metres of Animation low res video cloth for the main studio in Elstree, where the action was hosted by Terry Wogan. The set was designed by Dominic Tolfts.

Says S+H’s Terry Murtha, “We are very proud to have been involved in supplying such a fantastic show for such a great cause. It was also great to be working with Dominic again and see the hugely dynamic and creative ways in which he uses draping, ‘softs’ and lighting effects”. 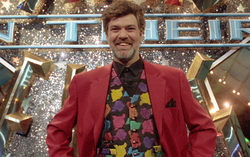 The new series of ITV’s Stars In Their Eyes – where contestants impersonate showbiz stars - returns to the small screen in 2015 hosted by Harry Hill, with recording kicking off in December at Elstree. S+H is right at the heart of the glamour and glitz supplying substantial quantities of their RGB Chameleon starcloth for audience masking and draping for a design created by Paul Houston and Patrick Doherty.