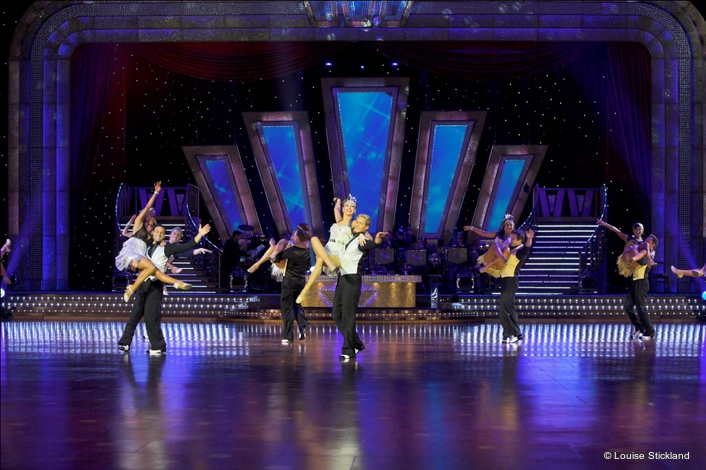 Strictly Come Dancing Live
An MA Lighting grandMA2 light console and three MA NPUs (Network Processing Units) are being used to control 18 universes of DMX running all the lighting and a Catalyst media server for the 2010 "Strictly Come Dancing Live" UK arena tour. The tour's lighting has been designed by Mark Kenyon, who also lights the high profile BBC TV series which has constantly topped the ratings and is one of the most popular programmes in recent history.

The grandMA2 was operated by Lighting Director Alex Murphey 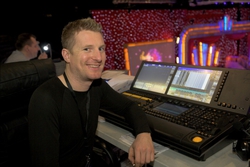 The grandMA2 light was programmed during production and technical rehearsals in Manchester Arena by David Bishop, and is being operated on the tour by Lighting Director Alex Murphy, who very much pushed to go with grandMA, having used a grandMA ‘series 1’ on U2's seminal 360 tour in 2009. He has been a firm fan of the desk ever since.

All lighting equipment for the Strictly Live tour is being supplied by south Wales-based Sonalyst, who also looked to the future and invested in grandMA2 last year, for many reasons including the fantastic support from MA Lighting in Germany and the UK. Sonalyst's Rory Madden has been delighted with the lighting control, and states, “It is great to see an experienced lighting team using the latest gear from MA with such spectacular results.”

During the tech week, the networking power of the MA system really manifested itself explains Alex Murphy as they ran three consoles, all simultaneously updating. Dave Bishop programmed on one, Murphy patched on another, while assistant LD Roger Williams sorted out chases on another - which proved a fabulously time efficient way of maximising their limited time, and something for which the MA system and its reliability is renowned.

They are touring with two grandMA2 light consoles and grandMA onPC running on a laptop, which Murphy also uses as a wireless remote to focus from onstage. The rig contains over 200 moving lights, amongst others Clay Paky Alpha Spot 1200s, Vari*Lite 3500 Washes and Robe moving lights. The Strictly logos are projected onto the dancefloor via some of the Clay Paky Alpha Washes.

There is also a sprinkling of generic lighting units, including PARs, 4-lites and 8-lites, plus several hundred channels of set practicals including Pulsar ChromaStrips lining the stairways flanking each side of the band stage and edging the upstage video 'fan', together with JTE PixelLine battens around the dancefloor and framing the shallow steps and platform at the far end. In addition to all this are eight scenic chandeliers which have their own light sources as well as being wrapped in flexible LED strips, all of which are run from the grandMA light.

The console is used to trigger a Catalyst media server sending content to the 5-segment video fan upstage of the band - one of Strictly's trademark visuals along with the framed pros arch stage.

This is the third "Strictly Come Dancing Live" tour - and the first for grandMA2. It is being produced by Phil McIntyre Entertainments and production managed by Andy Colby. It runs for six weeks and is once again proving every bit as popular as the TV series.

Each show features eight couples - celebrities paired with professional dancers - four judges and a real competition which is voted on 'live' by members of the audience.