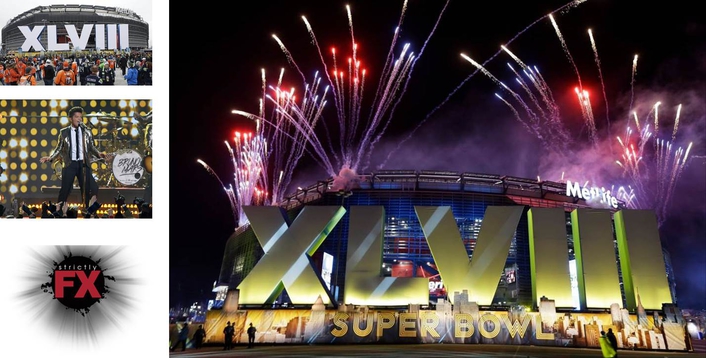 Pyrotechnic and flame effects add to the Bruno Mars spectacle
When one talks about Super Bowl XLVIII, the numbers are almost unimaginable: the viewership alone was 115 million in the U.S., which is almost one third of the U.S. population. It was the most watched event in all of American television history.

Those weren’t the only astonishing numbers involved in the event. For the Super Bowl Halftime finale with Bruno Mars, there were almost 3000 pieces of pyrotechnics set off by Strictly FX of Chicago, IL, the special effects provider for the event. “The pyrotechnic extravaganza during the final moments of ‘Just The Way You Are’ really put the finishing touch on the entire event, and certainly added to the overall sense of scale in the production,” notes Super Bowl Halftime Production Designer Bruce Rodgers of Tribe Inc. Rodgers and his team at Tribe work directly with Super Bowl Halftime Executive Producer Ricky Kirshner of Touchdown Entertainment Inc. to create the Halftime event. 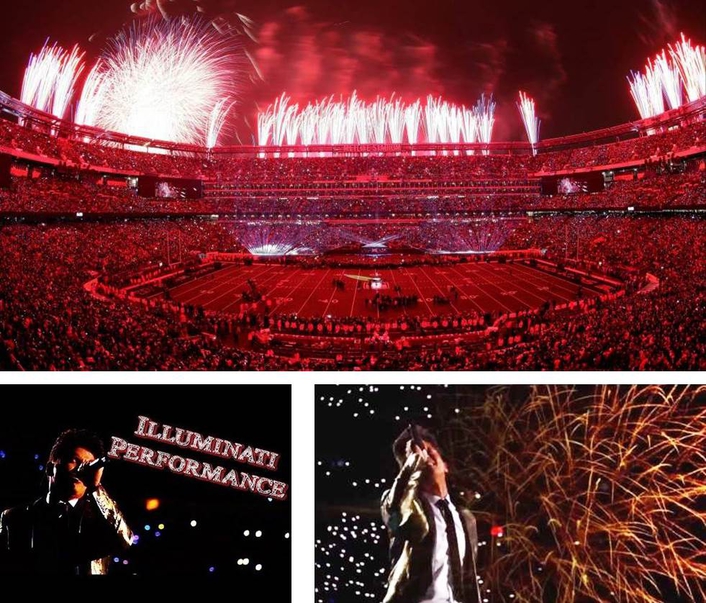 The finale, an artistically programmed pyro infused masterpiece that exploded high over MetLife Stadium, included 400’ red comets, 400’ silver wave chrysanthemums with tails, 275’ white crackle comets with tails and 200’ blue mines with tails. “Last year during Beyoncé’s performance, there were a lot of opportunities or moments for effects. This year, there was the finale, which the whole show was based upon,” says Super Bowl Halftime Special Effects Designer and Strictly FX Partner Mark Grega.

The opening moments of the Halftime spectacular also included pyro- this time in the form of 100’ snowball mines,  140‘ silver comets as well as 138 total ultra bright tracer comets. ”The snowball mines are new product from our manufacturer Ultratec, and they’re very impressive,” comments Grega.

For “Locked Out of Heaven,” pyro was also present. “We had some silver comets with tails into the first chorus located upstage of the band, as well as green and yellow mines on the roof. For ‘Treasure,’ the rooftop had a number of big gold and silver glitter mines, and gold glitter comets,” the Special Effects Designer explains.

Pyrotechnics weren’t the only special effect in the Halftime. There were also 8 Strictly FX Venom MK2 flame cannons on the field. “During ‘Runaway Baby’ we used our proprietary flame cannons as accents. The audience really seemed to enjoy the effect, although the television viewers only saw them for a few seconds,” Grega remarks. 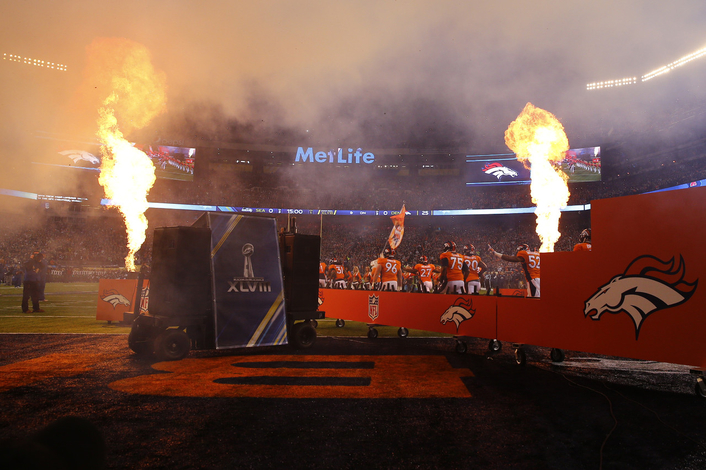 For the first time in years, the event itself was held outdoors in the winter, so weather was one of the primary challenges for Grega and his extensive team of expert technicians. “There was a side of the stadium that did not get the sunlight- we called it the dark side. There was 15 degree temperature change, so when it was 16 degrees on one side it was 0 on the other. So, when you started to go and work on something, your hands hurt instantly,” Grega notes. Although the weather was fine for the game and the halftime, there was a variety of winter weather during the rehearsals. “Even in the most difficult of conditions, the Strictly FX team was always professional, and always had a positive attitude,” notes Rodgers.

Strictly FX had an expansive team at MetLife Stadium for the event. It included FX Crew Chief/Designer Adam Biscow, Rooftop Crew Chief/Designer Ron Bleggi , Rooftop Pyro Operator and Programmer John Lyons,  FX Main System Tech Grant Sellers and Field Pyro Operator Reid Nofsinger. “All of our crew endured exceptionally bad weather on site, yet managed to pull off a flawless show- I am so proud of each and every one on them,” concludes Grega.

Strictly FX specializes in world class pyrotechnics, artfully programmed lasers, cryogenic effects and more for live events. The firm also holds several industry specific patents. The firm was founded in 1996 by industry veterans Mark Grega and Ted Maccabee, and developed a sterling reputation for pushing the creative boundaries and exceeding worldwide safety standards, all while staying deliberately under the corporate radar. The office has grown to include a road worthy team of special effects technicians, in house artists, as well as a detail oriented office staff that’s knowledgeable about regulations faced by the industry around the globe. Clients such  Roger Waters, Coldplay, Justin Bieber, the Black Eyed Peas and more have reluctantly yanked the firm out of the metaphorical haze, and, as a result, they’ve won  numerous industry awards, including the Parnelli Pyro Company of the year  in 2007, 2009, 2010, 2011 and 2012, as well as the "Top Dog" pyro company of the year 2013.