Strictly Come Mixing: Yamaha Steps Up To The Cha-Cha-Challenge

.
Fans of BBC1’s Strictly Come Dancing are flocking to a 21 date live UK arena tour to see seven celebrity dancers and their professional partners show off their moves on stage. Four Yamaha digital mixers are ensuring that the sound is, as judge Craig Revel Horwood might put it, “Fab… u… LOUS!”

Taking place in January and February, South Wales-based Sonalyst has designed and facilitated the Strictly tour’s sound and lighting for a number of years. Managing Director and Sound Designer Rory Madden chose a pair of Yamaha PM5Ds, an M7CL and an LS9 to deliver the 2014 production’s intricate mix.

The show follows the format of the television show, each couple dancing twice and receiving comments from the judges, a full production number, routines by the professional dancers, an audience vote (by text message) and presentation to the night’s winning couple. 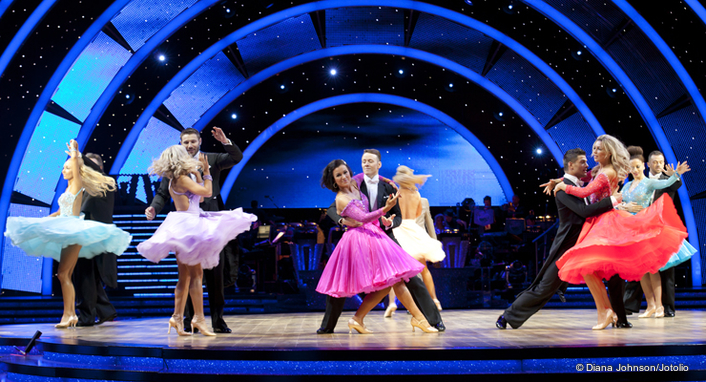 With a 17-piece live band, five vocalists, three judges and presenter, plus a number of playback and VT feeds, the design requires two consoles at FOH and two at the monitor position. Mixing the band on the FOH PM5D is Dave Dixon, while playback and a range of lavalier, headworn and handheld microphones are mixed on an M7CL-48 manned by Ashley Jones. 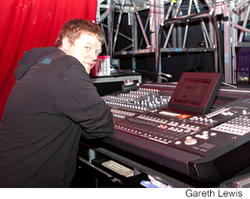 Head of the audio team Gareth Lewis mixes monitors on the second PM5D, with an LS9-32 acting as switcher for two playback machines, dealing with presenter talkback, some overall show relay and as a line driver for the ‘voice of god’.

"The vocal interaction between presenter Lisa Riley, judges (Len Goodman, Bruno Tonioli and Craig Revel Horwood), celebrities and their professional dance partners is a key element to the production,” says Sonalyst Projects Manager George Pakenham. “The sound design demands that this is delivered to every seat in the arena without compromise. Sculpted in with the live vocals are carefully knitted VT and SFX Stings, which run throughout the show."

He continues, “It’s the kind of show that looks very relaxed from the audience perspective, but there is a lot of hard work going on to maintain the slickness of the production. All inputs are mixed live for every show and, due to the way the consoles are designed, we are enabled to be in complete control of the mix.

“As ever the Yamaha consoles have proved to be reliable throughout the production, they are always a popular choice for this reason.”

One of the biggest challenges of the show is in monitor world, as Gareth explains.

“The dancers, musicians, singers, judges and presenter all have different monitoring requirements, so there are a lot of mixes. Most are on wired or wireless IEMs, but we have wedges for the singers and bass player, plus additional fills for him, the brass and guitarist,” he says. 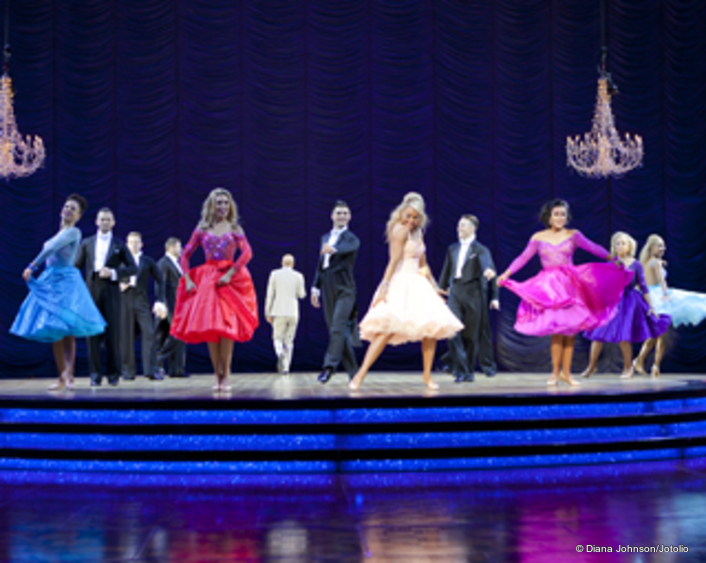 “The show has grown dramatically over the past few years. The PM5D and LS9 are fully loaded, but I love mixing on the PM5D. It’s really comfortable to use, you can do everything on the surface and wherever you are you can see everything that’s going on.”

As the celebrities and their professional dance partners have been waltzing, tangoing and cha-cha-chaing their way around the UK, the Yamaha digital consoles and Sonalyst team have kept up with every step.