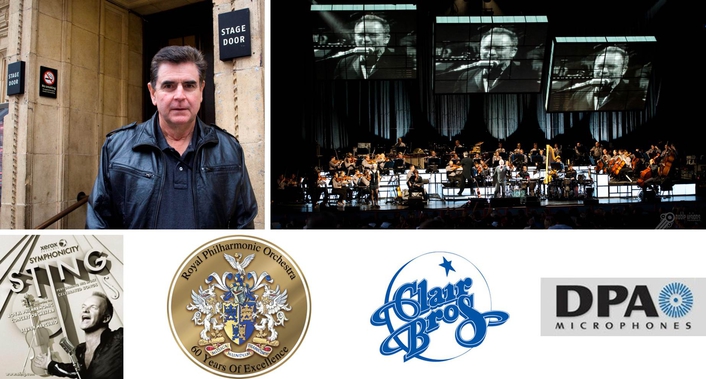 Page, senior director of engineering at Clair Brothers, was approached to handle FOH for the tour due to his extensive orchestral experience. Familiar with DPA microphones from Sting’s cathedral concerts last winter, Page was delighted with the 4099s purchased by Clair Brothers for the tour. The entire string section - nine first violins, seven second violins, seven violas, five celli and three basses - is miked with 4099s, with several more on radio packs for clarinet and trumpet soloists.

Page has veered away from the traditional area miking method of amplifying an orchestra, where mics were shared between two chairs or desks. “The problem with that is the moment you add even a semi-rock group to a symphony orchestra, the inherent dynamics between the two are so out of balance; the natural volume that a violin puts out compared to what a guitar or a drum puts out is so wildly different,” explains Page. “The DPAs are the best mics I’ve ever, ever found - and I’ve been doing this a long time with orchestras. They give me absolute separation: when I turn on a DPA 4099 on one violin I get one violin and barely anything else, which gives me incredible signal to noise. I also get more headroom on an overall string session than I’ve ever had on an orchestra before; traditionally you’re up against a feedback threshold, and your show is compromised by how loud you can go. But the DPAs are so immediate that by clever use of overall reverb, I can move sections forward to get more presence for certain songs, or more natural reverb across them all.” 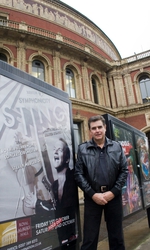 Over time, the show has evolved to become more rhythmic. “Sting’s getting the percussionist to play more back beat, and If I didn’t have the DPAs I’d frankly be dead in the water by now,” says Page. “We’ve done all sorts of venues on this tour, including 40,000-capacity outdoor stadiums, the notoriously tricky Albert Hall and the reverberant Metropolitan Opera which is not designed to have microphones, and I couldn’t have done them with area miking, it doesn’t work.

“The beautiful thing about using the DPA 4099 is you turn it up and it sounds like a violin. The old contact mics didn’t give you the true texture of the violin sound, it gave you an edgy, screechy sound that you had to murder with EQ. I place the 4099s on the F hole on the top side of the violin, turn them up with no EQ, and they sound exactly like listening to the instrument. One of the most difficult challenges of doing this is instantly removed.”

Page is convinced that the DPA 4099 instrument mic series will revolutionise orchestral miking. “Word about the DPA 4099 is, believe me, getting around,” he says. “Everyone raves about how the strings sound on this show, and the reviews all mention how rich the orchestra sounds.”