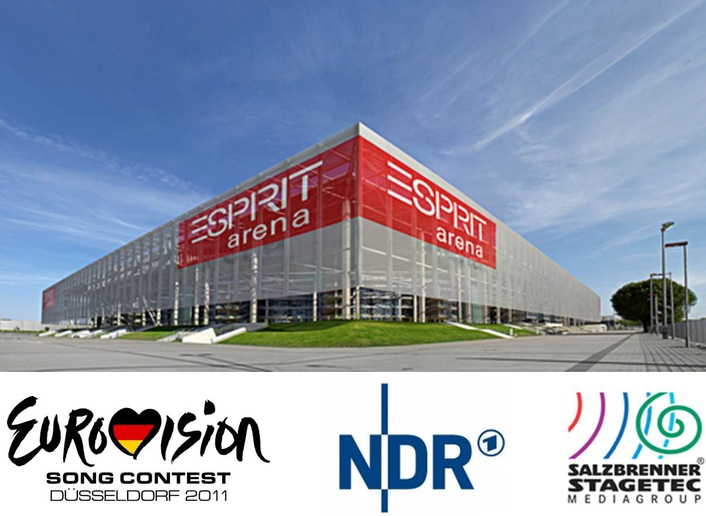 NDR German TV to broadcast Eurovision 2011 with four AURUS consoles
SALZBRENNER STAGETEC MEDIAGROUP has been appointed as Official Supplier to the Eurovision Song Contest 2011 in Düsseldorf to be broadcast by Norddeutscher Rundfunk (NDR), German public TV.

The NDR will receive three AURUS consoles made by STAGETEC for its mobile broadcast centre on the grounds of Düsseldorf's Esprit Arena where the Song Contest will be held. The fourth AURUS will be on board of one of NDR's HD-ready OB-trucks. All consoles will be equipped with 48 channel strips and the maximum DSP-capacity of around 300 input channels.

They will be installed inside containers to be used as “acoustically and technically fully equipped” (NDR) sound control rooms for the production. During the live broadcasts two control rooms will undertake the mixing tasks: While one will only provide the music feed, the second will produce the national and international broadcast mixes. 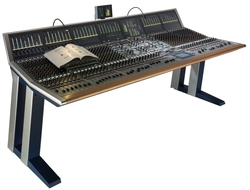 As it is becoming usual with major international events, all signals will be offered in both 5.1 surround and stereo. The two other consoles are provided as a backup to ensure the show will stay on air in the event of disruption or accident. "Our backup concept covers the entire audio and video equipment, from the microphones to the interconnects, which we have duplicated throughout," says Ulli Fricke, Head of Sound at NDR, about the importance of redundancy on an event such as this.

The Eurovision Song Contest will be held from the 10th to the 14th of May in Düsseldorf, Germany and broadcast to over 50 countries. Up to 120 million spectators will watch the event live on screen. For AURUS it is the third appearance in Europe's biggest music competition: in 2005 in Kiev, Swedish TV opted for AURUS to produce its national broadcast mix. In 2009 the NDR broadcast live with three AURUS consoles from the Hamburg Reeperbahn, where hundreds of thousands celebrated with an open-air party on the occasion of the Eurovision final held in Oslo, Norway. However, in 2011, for the first time all mixes for the national and international broadcast feeds will be provided by AURUS.