“The depth of field was amazing; I was really impressed by the spaciousness of it”
CoreyHarthung up his sunglasses for good at an emotional sold-out farewell concert for13,500 hometown fans at Montreal’s Bell Centre, supported by an SSL Live console atfront of house. A 1980s phenom, Hart has had nine consecutive Top 40 hits, with“Sunglasses at Night” being his most recognizable. Outfitted with soundservices by Solotech in Canada, it wasanother local Montreal hero, Denis Savage, who mixed the show and the week-longrehearsal.

For Hart’s Farewell concert, the band consisted of twoguitars, bass, drums, keyboards, percussion, saxophone and backing vocals, plusa few guests. Since Hart hadn’t performed live in almost a decade, the groupspent a week in rehearsals to guarantee he gave audiences the show of a lifetime.“I recorded the rehearsals in multi-track, so I had two Pro Tools®rigs,” explains Savage, a long-time SSL user who has been Celine Dion’s FOH andstudio engineer for the past 28 years. “One was a virtual playback machine andthe other was recording straight from the preamps on stage.”

The extra practice also provided Savage with plenty oftime to familiarise himself with the new SSL Live console. He found theintegration of multi-track playback of live performances a great help inquickly programming the console. “For me, the way they set up the virtual soundcheck so that you can monitor through your recorder all the time and then justplay back the sound while you’re programming is great,” he adds. “The way it’sset up is really amazing and effortless. I recorded the entire rehearsal throughPro Tools so I could stop, play back and program quickly while the band was onbreak, which was a big thing for me.”

Savage was initially drawn to SSL Live’s large, centretouch screen. “You’d think you need to use the centre screen all the time, butthen you realize there’s a smaller one with colour-coded rotary knobs around it,and that’s where everything is happening,” he explains. “I was really able toincrease my production speed once I understood that while I do want to seethings on the big screen, I should use the smaller one to go through my menu,EQs, auxiliaries and so on. Once I got the hang of the process, my output wassuper fast.” 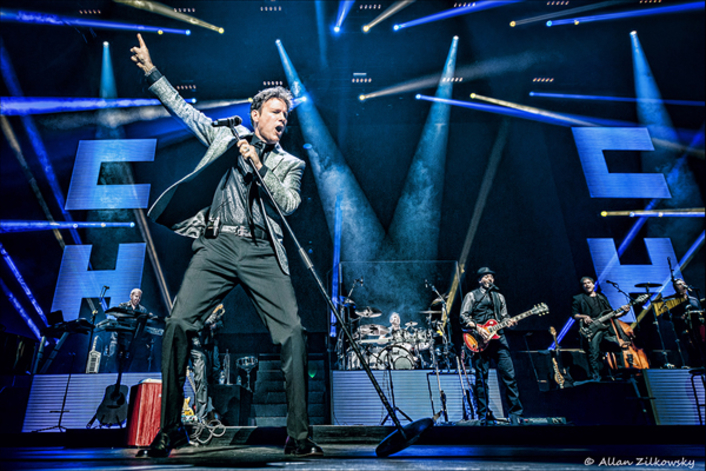 By the end of rehearsals, Savage had learned the fullcapabilities of SSL Live’s Focus Channel area located on the right-hand side ofthe console. “The screen was very visualfor me to see where things were and how things were set up, but I was using theencoders way more,” he explains. “Initially, it looks kind of complicated. Infact, when I first saw it I was like, ‘Wow, this is going to be difficult justto set up.’ But, once I got my initial setup taken care of, I was able to betterunderstand how things work. It flows nicely, and the depth of field wasamazing. I couldn’t believe it. I was really impressed by the spaciousness of theconsole. It’s fun to work on and it sounds really good. I really like thatconsole.”

Savage additionally notes that the classic SSL sonicsignature combined with the modern control surface of the SSL Live consoleprovide him with the perfect solution to get a great mix. “The sound of the SSLLive is very sweet; the lows are very deep and tight and I didn’t have to fightto blend and mix,” he says. “I also didn’t need to add too much EQ as the mix justfalls into place quickly. When you mix on a good console, the little things addup to make a great sound. That’s exactly the feeling I got. Live is a fun console, too. Its compact sizeensured that I wasn’t all over the place. It was like driving a sports car; Ihad access to everything quickly. I loved it.”

The Corey Hart Farewell Concert wasn’t the first timeSavage got his hands on an SSL console. He also mixes on an SSL Duality atStudio Piccolo, his commercial studio in Montreal, and started using the SSL MTPlus console over a decade ago for Dion’s initial five-year residency at theColosseum at Caesar’s Palace in Las Vegas. Today, Savage notes that SSL’s firsttrue live sound console is an even better live solution for him as it incorporatesfeatures that improve his previous workflow.

“I did 737 shows at the Colosseum on the MT Plus and Inever had a crash in five years, never had a single problem, it was flawless,”he says “Since SSL’s design team is so great, they are always listening totheir customers and modifying their solutions to fit our needs. Now, the SSLLive gives me several options that I didn’t have with the MT Plus. I can usechannels however I want. I can unfold them, offset them and then refold them.Basically, everything that was added to SSL’s other consoles over the years hasnow been incorporated into the Live console.”