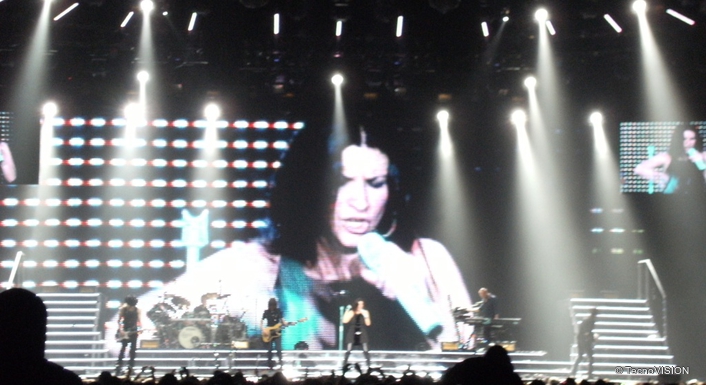 Millions of kids around the world

The largest installation was performed at “Palasharp” in Milan, where the whole art work was made for the opening of "Il Mondo di Patty Tour", the celebrated Musical Sit-Com that is catching the attention of millions of kids around the world. In this case several different TecnoVISION LED Displays including new NET-LED 20 that made up of the central part of the backstage were used. For the first time the screen has been inserted directly into a mechanical machine that allows for horizontal movement making it a true LED digital curtain. The realization of this complex art set marks another success of TecnoVISION in the area of rental and staging business.

At the same time in the studios of MTV Milan a display for the recording of the popular television program "Colorado Cafè” was installed. This is a high resolution screen TL4, the top of TecnoVISION quality, placed in the middle of the stage to create a dramatic effect with brilliant images and razor sharp images at even from very distance and close-up.