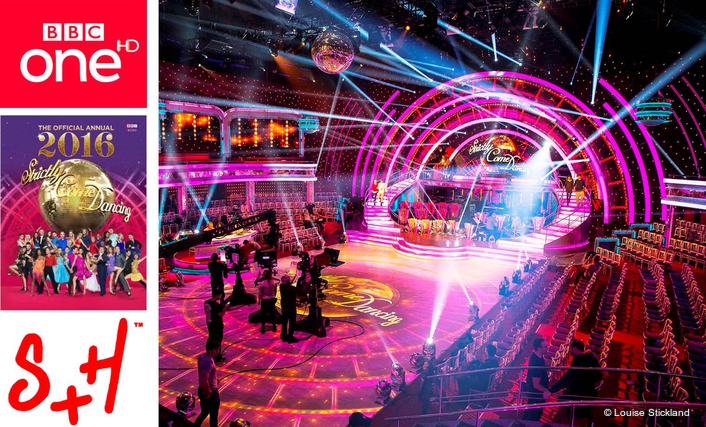 Over 4000 Pea-lights bulbs were ensconced in bespoke set panels covered in red drape making up an integral part of the production design created by Patrick Doherty.

BAFTA Award winning Doherty has been involved on the creative team since the very first series of Strictly in 2004. For the last three years, the show has been based at the George Lucas 2 stage at Elstree Studios in Hertfordshire, with one ‘special’ recorded at the Tower Ballroom in Blackpool.

Each year the design has developed, and consequently the production values have steadily increased as the series, directed by Nikki Parsons, choreographed by Jason Gilkison and executive produced by Louise Rainbow, continues to top the ratings.

Strictly has gradually become fully 360 degrees in terms of camera coverage, and with this evolution, the set has been extended to include scenic arches and balcony detail at what was once simply the ‘reverse’ end of the studio. This now matches the surrounding eye-catching feeling of glamour and the famous classic Strictly arches above the band stage.

With the extension of the back end of the room came the need to wrap the complete space in sumptuous red velvet drapes which were sourced from S+H. Patrick chose red for a softer, warmer finish than black, a factor that was significant for the overall vibe of the show.

The LED screen and video elements have also been increased substantially in recent years and the - now HD - projections onto the dancefloor is another defining visual feature of the look as the dancing couples show off their footwork, panache and chemistry. 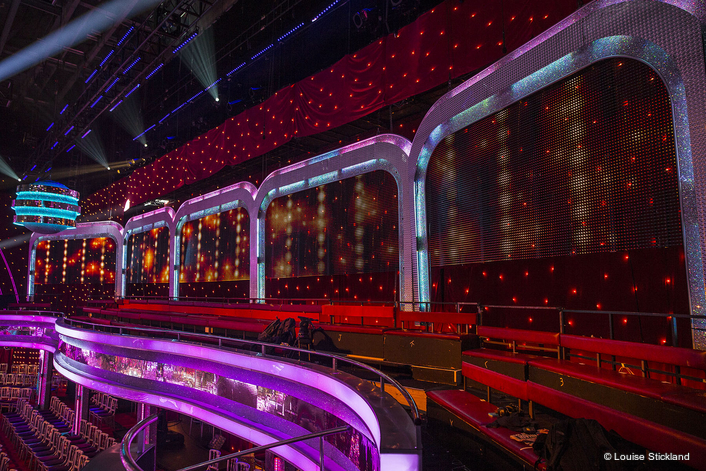 Things that glitter and sparkle are constantly being blinged up and added each week usually via the practical lighting of props and set pieces explains Patrick. It’s the desire to keep things sparkling and effervescent that was behind the Pea-light installation which covered all the walls of the lower level around the back of the seating stands.

The miniscule bulbs were attached to striking rich red backing drape by S+H’s crew over three intense days during the set-up period.

On camera, the spectacular Strictly ‘holding’ look featured prominently in between the dances featured all these twinkling Pea-lights.

The overall show aesthetic was carefully crafted via strong collaboration between the design and lighting departments. Patrick worked closely with lighting designer Mark Kenyon and his team which included Dave Newton of Potion Graphics who produced the video content and Dave Bishop who ran the Catalyst media server playing it (he also controlled the moving lights).

All these visual components combined slickly and seamlessly to make Strictly the magical experience it is for the live audiences as well as the millions of fans tuning in weekly to watch it on TV.

Patrick has used S+H on many projects and comments, “They consistently come up with an excellent deal and are prepared to think laterally to provide the best solutions. The kit is top quality and there’s always a great crew who deal with everything on site”. 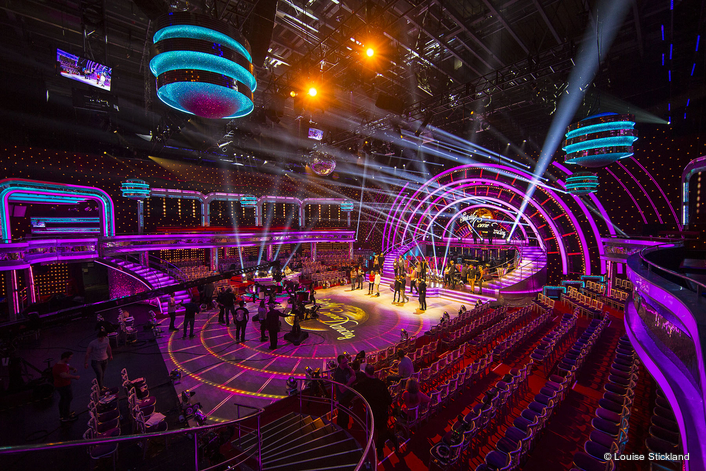 In Blackpool, the Strictly ambience was replicated using more red cloth and Pea-lights – this year S+H supplied 123 metres of 3 metre wide red velvet drops with Pea-light strings dropped immediately in front of them.

S+H manufactures its own starcloth, and has a large rental stock of standard products as well as the ability to custom build twinkling cloth to any shape, form or sized applications.

S+H’s Terry Murtha comments, “We are extremely proud to have supplied Strictly for so many seasons. It’s great to see the programme and the concept go from strength-to-strength and continue to provide such superlative TV entertainment”.