Soundcraft Vi1 is at the Heart of Stooshe’s Sound 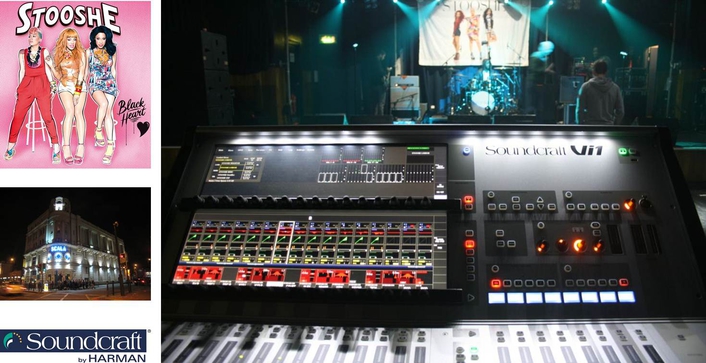 .
Three-piece UK all-girl vocal group Stooshe is now using a pair of HARMAN's Soundcraft Vi1 digital audio consoles on the road. The band's popularity soared after sales of its debut single Black Heart reached more than 500,000, which led to a dedicated monitor engineer being brought in to the fold to join John Delf at FOH.

Delf has worked FOH for a number of major artists including Lily Allen and Plan B, and has been with Stooshe from the offset. He is also a big fan of Soundcraft’s Vi6 console. “I'd always liked the Vi6, and I'd never used a Vi1 before, so I saw this tour as the perfect opportunity to get to grips with it,” Delf said during a recent soundcheck at London’s Scala. “Within a half-hour of using it, I was back in the zone again. It's just perfect for this kind of tour as the footprint's so small and transportation is so easy. We only have a small trailer on the back of a van, but the two Vi1s fit in easily. Also, these consoles sound just as good as the Vi6. I was also able to use my Vi6 show file from Stooshe's previous tour and it worked perfectly on the Vi1; that's a big advantage to have, as it gives you an immediate platform to work from.”

Nigel Thomas was brought in three months ago to work monitors for the band and said it was a total no-brainer opting for the Vi1.

“What we realised quite early on was that the girls needed to have consistency,” he insists. “When I came in and had the discussion with John [Delf] about the kit, it very soon became clear to both of us that the Vi1 was absolutely the perfect solution. I've come across several of them when working in theatres and have always liked the way they sound, and I'm particularly impressed by the user interface. I find that when I'm working on it, I don't even look down, as everything is just there in the right place.”

For a number of the shows on this tour, including the Scala show, the pair has used the venues' in-house analogue multicores in combination with their Soundcraft Compact Stagebox, which Thomas said has allowed both engineers to get exactly what they need.

“Using the in-house multi means I can have a gain control,” he explained. “I'm then sending that up to John, and it's then going into our digital [Compact] Stagebox at FOH, which is great because it allows John to basically put his desk wherever he wants to.” 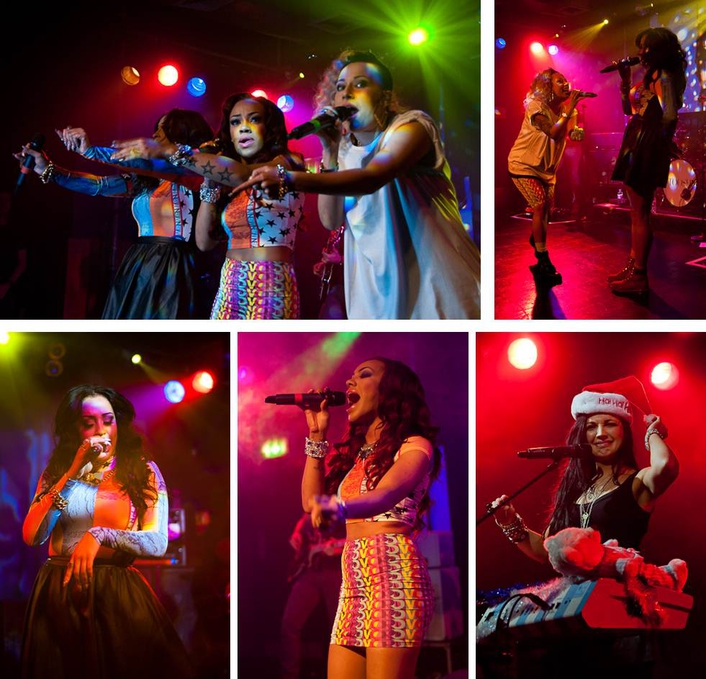 At the Scala, Delf ran 28 channels at FOH, which left him enough space for any click tracks, cues, or last minute surprises. “We just found out that on tonight's show there will be several guest vocalists,” Delf said hours before show time. “Fortunately we can make room for these very easily as the Vi1 has plenty of channels; and of course, due to the quality of the console's built-in effects, it's easy to tweak compression, reverb and EQ really quickly to get any vocal sounding good right away.”

Delf said for this show, he spends most of his “hands-on” time mixing Stooshe’s vocals. “That's my main focal point, really; and the rest of the time I'm just making sure everything is nice and dynamic,” he explained. “I love the Lexicon effects in the Vi1: I use a plate reverb on the girls' vocals along with a studio delay, and a drum reverb on the kit; all of them sound great.”

Thomas created 11 stereo monitor mixes: six for the girls and the band members; one for the backline tech; and four for the wedges and sidefills. He said working from the Vi1 makes his workflow “so much more efficient.”

“Unlike many digital desks, it doesn't feel like you're working on a typewriter when you're operating a Vi1,” he said. “It's just laid out so well, and because of that, it's a lovely desk to work with. For John and I on this tour it's been a fantastic little solution.”