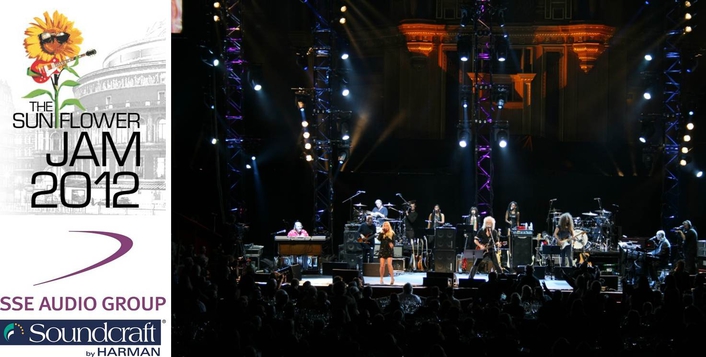 Kerry Ellis (Left) and Brian May (Right)
Sunflower Jam is the brainchild of Jacky Paice, wife of Deep Purple drummer, Ian Paice, and was founded to raise money for underprivileged and sick children via the medium of live music. For this year’s event, SSE Audio Group deployed HARMAN’s Soundcraft Vi6 consoles for FOH and monitors respectively, each utilising 64 inputs, while the latest Soundcraft console offering, the Si Performer, received its live show debut. Connected digitally via MADI to the Vi6 at FOH, the Si Performer controlled all narrator mics and interval music.

This year’s Sunflower Jam, the sixth so far, was held at London’s Royal Albert Hall, and featured a star-studded lineup of international superstars including Brian May, Alice Cooper, Bruce Dickinson, Kerry Ellis, and Alfie Bowe. 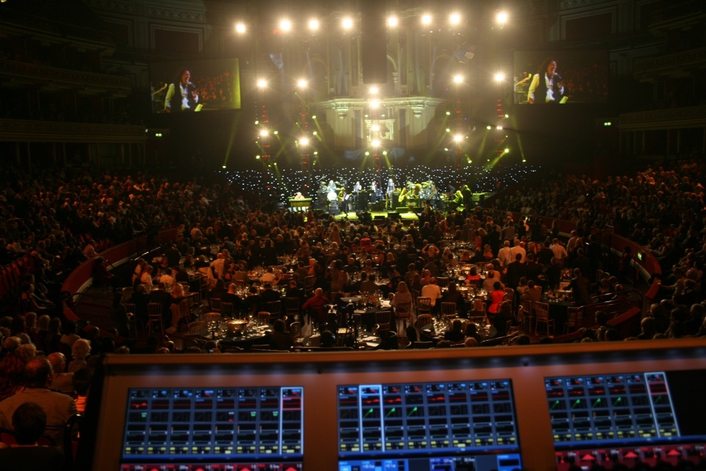 “This gig is slightly unpredictable in that it’s never sufficiently rehearsed,” said HARMAN’s Gert Sanner, who has worked FOH at Sunflower Jam for the last five years, after developing a relationship with Jackie and Ian [Paice] from his days as Deep Purple’s FOH engineer. “We don’t change anything during the show, and everything has to be set up, ready to go at all times, which is why we need such a high channel count–it’s 64 real inputs, not hard disk or anything, which of course the Vi6 can deal with easily.” 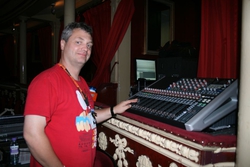 “The D12 VR is a versatile mic, as you can select various presets—I am using ‘preset three’ which uses phantom power, and the sound quality is excellent,” Sanner said. “Ian has chosen to use a different kit than usual for this show, but we’ve had no problems at all in getting the right sound out of the kick.”

Sanner mixed all of the artists from the Vi6 and used no outboard gear. All processing came courtesy of the console, and everyone involved was happy with the results.

“[Monitor engineer] Ant Standring has an identical channel count to mine on his Vi6, and everything’s wedges and sidefills here – it’s old school, but that’s how they like it; the only complaint I’ll get from this band is that it’s not loud enough!” Sanner concludes. “It’s very much a family vibe, this event, and even more so perhaps this year; most of the crew are extended Deep Purple family, and with the recent passing of Jon Lord, it feels a bit like his goodbye concert too, which is kind of nice.”