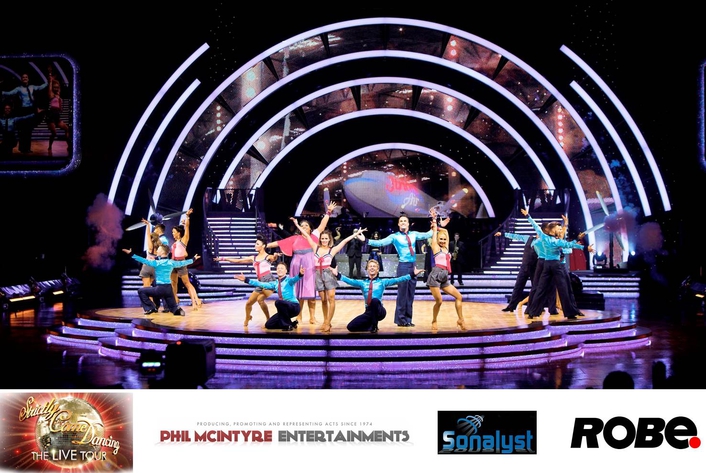 .
Sonalyst became the latest UK technical production and rental specialist to invest in Robe’s new BMFL Spots which were specified by Lighting Designer Richard G Jones for the latest “Strictly Live” arena tour produced by Phil McIntyre Entertainment. The popular tour takes all the glitz, glamour, excitement, celebrities and sizzling hot moves from the BBC’s hit series on the road.

It is always a challenge to light. Each of the dancing couples needs a series of different and dramatic looks for their dances, while the whole space also has to have that air of dancehall intimacy. Flexibility is key when it comes to choosing fixtures.

This year there were also more full production numbers in the show. Richard worked closely with Production Manager Andy Gibbs who originated the set design which included the multiple dancefloors, Austrian drapes, chandeliers and 14 prominently placed mirror balls – which no self-respecting Strictly production would be without! 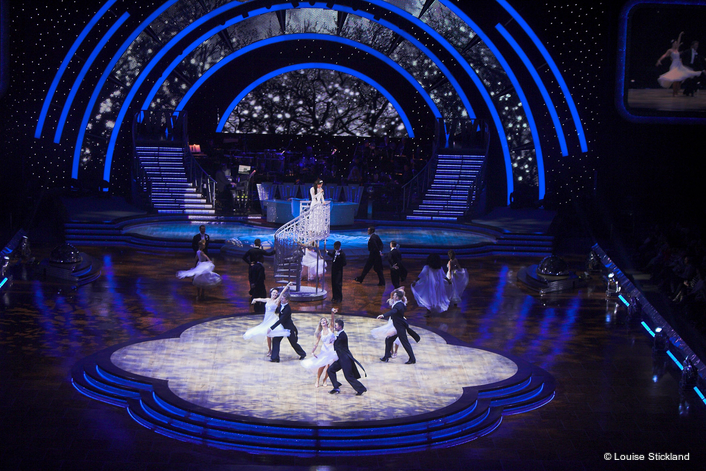 A major task was getting light into such a large area, and in the past designs – Richard has lit it for the last four years – Robe’s ColorSpot 2500E ATs were used as the main ‘in-house’ profile fixture to do all those looks and the considerable gobo work and texturing treatment on the floor.

This year they replaced 54 x ColorSpot 2500E ATs - all of which had been utilised to create the gobo looks across the 25 x 45 metre dancefloor area … with 24 of the 40 total BMFL Spots!

The results were stunningly bright, powerful and sharp gobo projections. Also, because of the incredible BMFL zoom - from a tight pinspot right out to a 55 degree flood that’s crisp all the way - they didn’t have to keep crossing units over to get the floor surface coverage.

Sixteen of the remaining BMFLs were dotted along the audience trusses, eight a side, with two upstage of the judge’s desk, as the area immediately in front of this is used was a stage area this year.

Adding the BMFLs to the rig also enabled another 18 other profiles (from a competitor brand) to be cut from the rig.

So in total, 72 moving lights were replaced with the 40 BMFLs offering superior brightness and versatility!

The decision to go with BMFL on the creative front was mainly due to the intensity and the zoom. On the practical side, it enabled a reduction in the amount of kit needed and consequently the weight loadings, etc., which always keeps production happy.

Richard is extremely impressed with the BMFLs and the results. “Having them on-board definitely allowed us to be seriously more flexible,” he says, adding that it’s also considerably lifted up the whole appearance of the show. The superior zoom facilitated lots of smooth panning between A and C stages and it was also possible to zoom out and fill the entire arena floor with the same gobo … “Which is pretty impressive!”

The show was programmed by Christopher Hirst. They started from scratch this year with BMFLs now added to the rig, and the show lighting was looked after on the road by the unflappable Mike Rothwell, who has been Lighting Director for all but one of the seven annual Strictly Live tours so far. 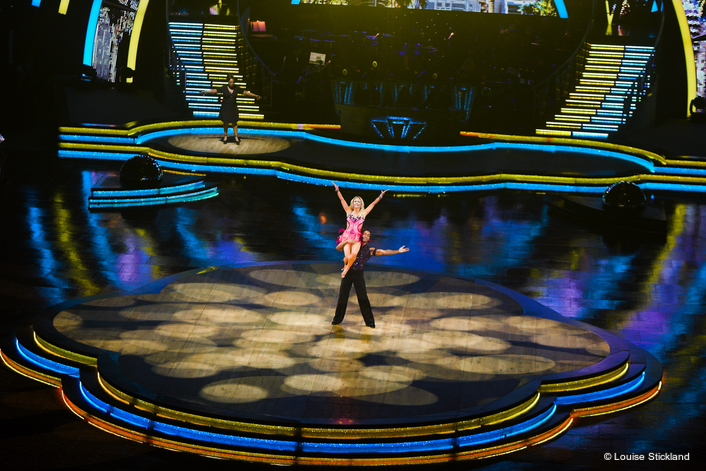 In addition to the 40 BMFLs, they also used 23 x Robe MMX Spots, 18 x MMX WashBeams, 28 x ColorBeam 700s in chrome all around the edges of the dancefloor, and 56 x ColorWash 2500E ATs rigged all over the trussing grid for the full arena / stage cover and washes, plus copious amounts of mirror ball bling.

The lighting was being run from a pair of grandMA2 full size consoles controlling GrandMA2 network processing units communicating over a fibre network between FOH and dimmers.

It was Mike Rothwell’s first time working with BMFLs and he commented that they proved extremely reliable – as you would expect from a Robe product - and were a big hit with the crew as they are smaller, lighter and much easier to handle than any other high powered fixtures. 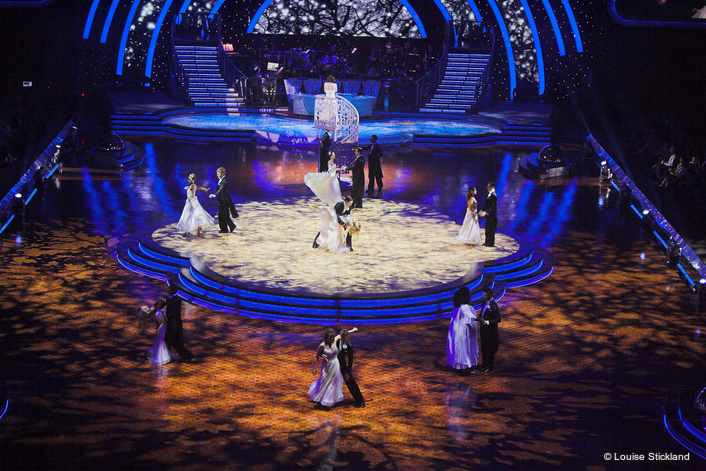 He worked with a lighting / rigging crew of 8 on the tour, with Sonalyst also supplying the complete audio, rigging and comms package. XL Video was the video contractor.

Sonalyst MD Rory Madden is delighted with the purchase.

“As a company we like being among the first to offer new technology. Since the product was first discussed with Robe in 2013, I have been going back and forth with them regarding the features and how the unit would best deliver what we and our clients need. The time was absolutely right and we are very impressed with the results. The unit has been hotly anticipated, and I believe it’s going to change the market dramatically!” he states with confidence.

He’s also been completely inundated with cross-rental inquiries … “Everyone wants them on their show it seems!” …so they are already booked out on a myriad of other tours and events.