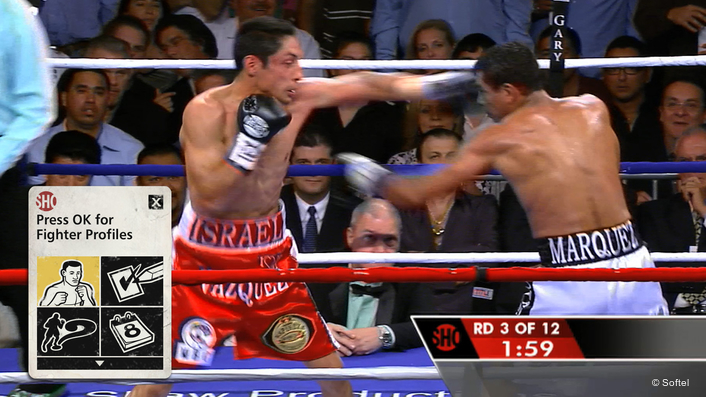 "We're always looking to break new ground while delivering top quality, cutting-edge entertainment and services to our viewers," says Robert Hayes, Senior Vice President and General Manager of Digital Media, Showtime Networks Inc. "We chose Softel and their MediaSphere iTV platform to roll these services out nationally because of their extensive expertise in interactive television both in the US and Europe. Softel worked closely with us and our other technology partners, Ensequence, VDS and Verizon, to provide a seamlessly integrated solution."

To make interactive television a reality

"Showtime Networks has yet again demonstrated the creative and technical leadership that has won them such wide acclaim, and has used EBIF to make interactive television a reality on a national scale," said Ed Humphrey, President, Softel-USA. "This deployment serves as a starting point from which Showtime Networks will easily be able to expand to deliver interactive applications using EBIF or tru2way — 24x7x365 across all of their networks and to all of their viewers, from their single system."

Encompassing the complete interactive application lifecycle, Softel's MediaSphere iTV platform is an integrated suite of complementary solutions that enable the delivery of rich viewer experiences. The system enables parallel playout of multiple middleware applications from a single unit, providing compatibility with all major US and international interactive standards.

Showtime Networks is using MediaSphere TX, on its satellite uplink to deliver EBIF interactive applications nationally for SHOWTIME subscribers in participating systems. Via its comprehensive SDK, MediaSphere is fully integrated with Showtime Networks' scheduling system as well as with Ensequence's iTV Manager.

Softel is a global leader in key TV and video technologies including subtitling and captioning, interactive TV, MPEG stream processing and multiplexing, opt and ad insertion cuing, and Teletext, delivered through a full range of products, professional services and bespoke development. Based in Pangbourne, near Reading in Berkshire, England, Softel also owns Softel-USA LLC located in metro New York, which focuses entirely on the Americas. The company also has an impressive network of partners worldwide. With almost three decades of broadcast experience, the Softel customer list encompasses prestigious ‘blue chip' broadcasters, major post production facilities as well as freelancers and smaller facilities.