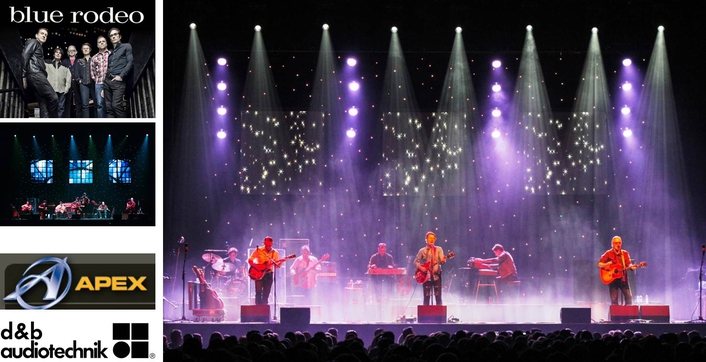 .
After twelve studio albums, numerous international concerts, and developing the well earned reputation as 'one of the premiere bands in Canadian music history,' Blue Rodeo kicked off 2013 with their celebratory 25 Years Tour.

Playing theatres and small arenas around Canada, the production needed a show pack that could adjust to a range of audience sizes, while still remaining manageable for a relatively small crew. With the help of Apex Sound & Light, in Toronto, Blue Rodeo was able to keep the entire show to only one truck. Apex Account Manager Chris James was especially impressed, commenting, "It's almost unheard of to have an arena show with audio, video, lighting and 15 ft of backline all in one 53 ft trailer. Especially as an easy pack, and not a total nightmare!"

With smooth load-ins, usually running less than three hours, and even faster load-outs, Blue Rodeo System Tech, Phil Hornung credits the d&b audiotechnik compact V-Series sound system. "d&b was an easy system to adapt to various audience geometries. I could preconfigure the angles of the array while the riggers were still hanging points. The ArrayCalc software for system setup is extremely accurate, I've tested it; so when it was our turn to set up, being able to easily export that data into the d&b R1Remote control software meant everything was already working. With half as many amplifiers, and half as much cabling as other systems, it all came together quickly."

Apex employed V8 and V12 in the main array, with the d&b Q1 and Q7 loudspeakers as fills. "The goal was to create a large format line array performance from what was not actually a large array. In fact, the system is so compact and light weight; only two people are needed to move it into place."

The passive three way V-Series system, including the fills and subs, runs on only ten amplifiers. James explains that the R1 Remote software, "Connects any number and location of amplifiers to the system technician, and provides access to the parameters needed. It is extensive in its control and simplicity." He adds, "The outstanding efficiency of our system means everything can run easily on only a 60 amp single phase power." 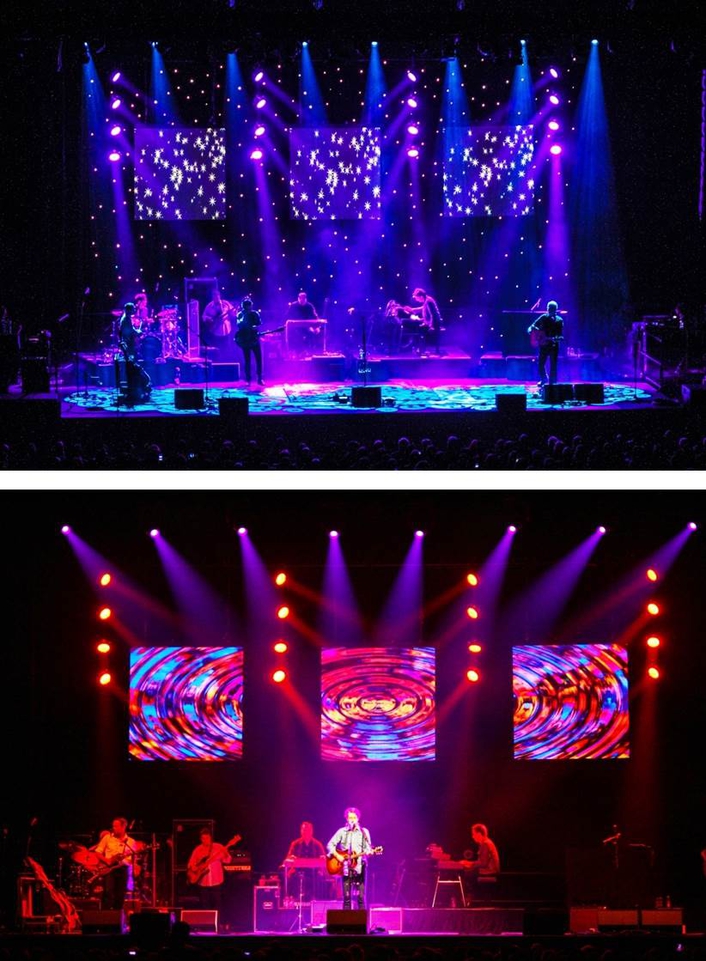 Although not an "ear pounding type of mix," Front of House Engineer Rich Steeb still required a system that would "rock with anything out there." Steeb has mixed for Blue Rodeo for over nineteen years, enjoying a more consistent and neutral sounding system to work with from night to night. With the V-Series, he found that, “Very little tweaking was needed during sound check. The miles of headroom the system offers is important in the overall tonality of any mix. Also, the mic selection and subtle characteristics of each guitar change are more perceivable with the V8 and V12 components."

Even the monitor tech for Apex, Shaun Shuell saw advantages "The d&b sound system leaves the competition far behind." Particularly impressed with the directional abilities of the PA, he explains that "Blue Rodeo prefers the stage volume as low as possible. We were able to hang the sound system further downstage and with the band's backline amplifiers in isolation cabinets backstage the effect was perfect; very quiet for the artists, no matter where we played. It just sounded great wherever we took it."