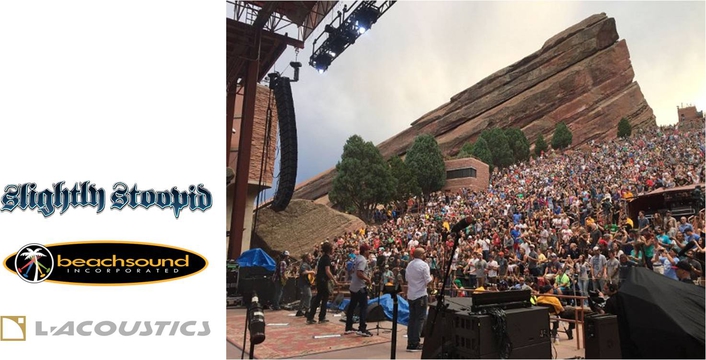 San Diego-based rock/roots/reggae outfit Slightly Stoopid recently wrapped up its ninth coast-to-coast summertime tour of North American amphitheaters and pavilions. Billed as the Return of the Red Eye Summer Tour—with support from SOJA and Fortunate Youth, as well as other acts on select dates—the trek ran from mid-June through the end of August carrying a full L-Acoustics K2 system supplied by Miami-based Beach Sound.

Although Return of the Red Eye marked the third consecutive summer that Beach Sound had toured with Slightly Stoopid, this was the first time that K2 had been carried by the band, which was touring in continued support of its 2015 album, Meanwhile… Back at the Lab. 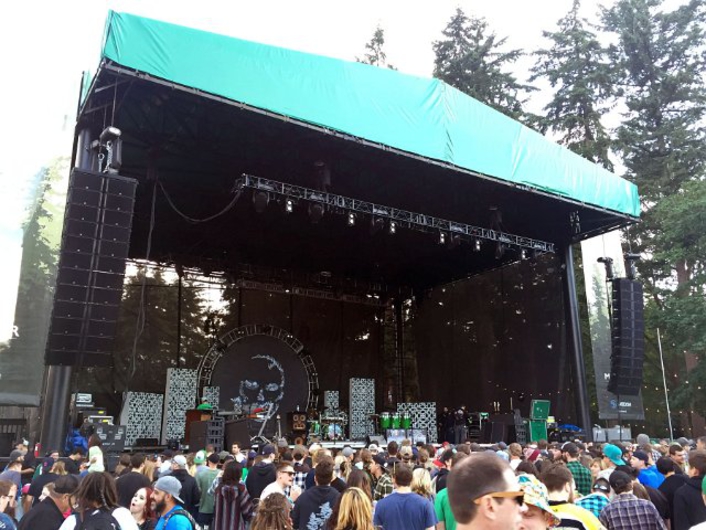 “The K2 rig was somewhat new to me, but it far surpassed my expectations,” notes FOH Engineer James Wisner. “For example, at Red Rocks, where you’re basically shooting a rig up a mountain, I have always experienced high frequency loss at the top. This year, K2 not only made it up the mountain but evenly spread the mix everywhere. That was one of the things I noticed every day; no matter how many boxes we were hanging, the high-end information was always evenly distributed throughout the venue.”

Beach Sound Systems Tech Bill Blackstone, who has been out with the band for all three annual summer runs, agrees. “The K2 system was amazing!” he enthuses. “One thing we immediately noticed was its clarity; the PA was extremely detailed giving the mixes a depth we hadn’t had on previous tours. And the frequency response of the PA was very even from front to back at every venue. Like James said, when we played Red Rocks this summer, the system was really punchy—even at the very top of the venue! One of our crew guys lives near Denver and has been to the venue on numerous occasions, and he commented that it was the best sounding show that he had ever heard there.”

The loudspeaker complement for Return of the Red Eye was typically comprised of 12 L-Acoustics K2 enclosures flown per side, with 16 SB28 subs groundstacked in various cardioid arrays below. Four ARCS Focus cabinets spread out across the face of the stage delivered frontfill, and all systems were driven by six LA-RAKs, each containing three LA8 amplified controllers. At larger venues like Irvine Meadows Amphitheatre and Sleep Train Amphitheatre, Beach Sound augmented the rig with eight additional K2, eight K1-SB subs and eight more SB28, while Red Rocks boasted a total of 18 K2 per side with 24 SB28 below. 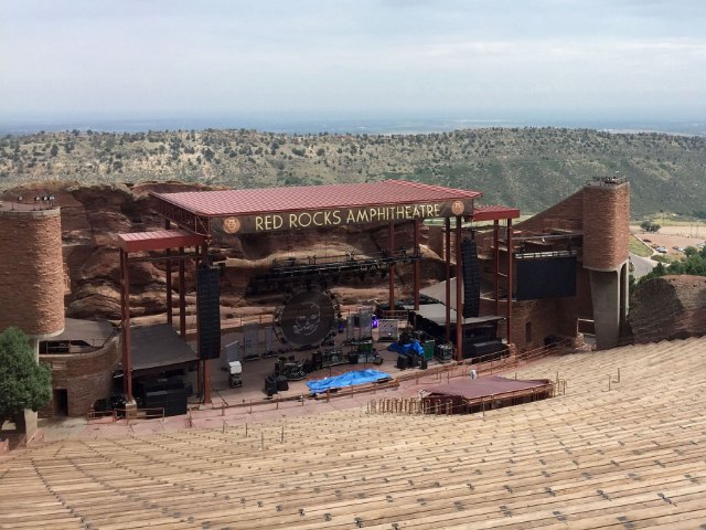 On deck, each side of the stage featured three L-Acoustics ARCS II enclosures, slightly tilted back and positioned in front of two K1-SB subs as a robust sidefill system. Two SB18 subs, providing backfill, and six X15 HiQ monitor wedges rounded out the onstage systems, which were collectively powered and processed by three LA8 (sidefills) and three LA4X (wedges).

According to Blackstone, the crew appreciated the level of versatility that the L-Acoustics system brought each tour stop—the requirements of which often differed significantly from the night before. “The adjustable fins gave us a lot of flexibility with the 70-, 90- and 110-degree options, and being able to reverse the K2 bumper bar allowed us to fly the enclosures on towers in venues where we previously had to groundstack them.

“Although this is the first year we’ve carried K2, Slightly Stoopid has used L-Acoustics monitors for the past three years, and they’re very particular about the low end on stage. But having both the FOH and monitor systems so sonically similar this year really brought significant improvements not only in the house but on stage as well because the systems were so well matched. Night after night, everyone absolutely loved the sound.”