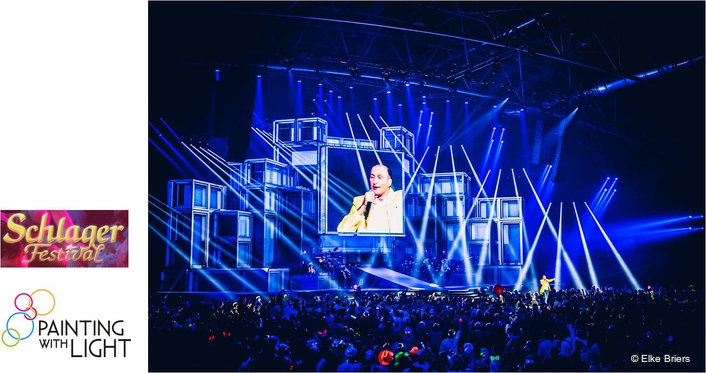 The key was keeping the pace moving and offering the audience something distinctive for each artist. The team decided early on to go with a digital set that could be 3D mapped and energised with an infinite variety of different video and media content.
“This was easily the most flexible and dynamic solution” explained Luc, adding “it built on last year’s aesthetic of a trussing structure with embedded LED panels which we also mapped, so this was an extension of the same philosophy”.
In total the set comprised 575 square metres of LED, with a 7 x 7 metre central 10 mm screen upstage, surrounded by a 30 metre wide series of columns set at right angles to one another for the full 3D experience. This gave the show its basic cityscape backdrop, and with the content applied, it was transformed into a host of different environments. 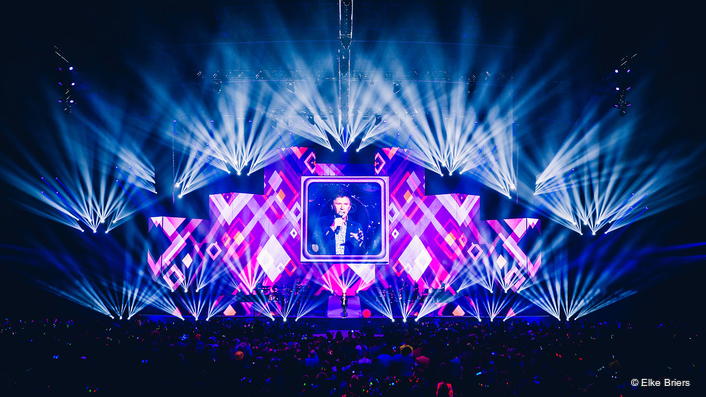 All the video material was created especially for the 2017 Schlagefest and stored on one of Painting with Light’s d3 4x4 pro media servers, programmed and operated by Jo Pauly.
For the opening sequence, the Painting with Light team worked closely with video producer Walter Hillhorst who made the well-aired pre-show teaser commercial involving various artists riding a Harley Davidson motorbike. The show started with the same Harley driving onto stage for show host Kürt Rogiers’ entrance.
As the evening unfolded, different cityscapes were revealed, many with unique features like billboards, neon signs, etc., which could be changed and related specifically to an artist or their song. 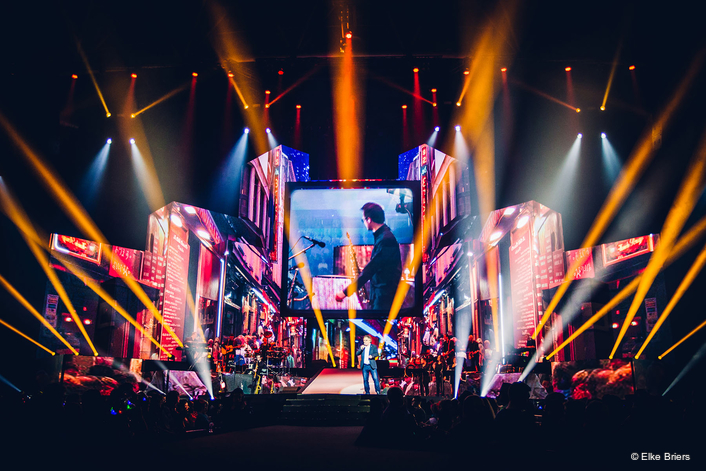 Painting with Light’s ‘virtual’ studio in Genk was optimised for extensive previsualisation of the show, ensuring that the results were outstanding, despite only having a three day working window once on site at the stadium. “Realising a show this complex would not have happened without this facility,” observed Luc.
A runway at 45 degrees to the stage led to a B stage in the middle of the audience which was popular with artists and fans alike.
To maintain a separation between lighting and video elements, and also to utilize the full width of the venue and extend the production right out to the edges of the stage, lighting was rigged on several individual truss sections flown in the roof.
The primary moving lights were 82 x Robe Pointes, used for all the colourful and funky effects lighting and central to creating a signature look for each performer. 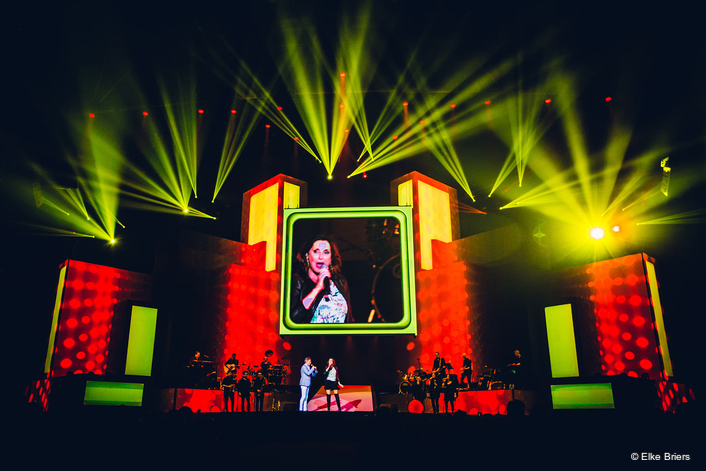 “As always, I was extremely pleased with the scope of these compact, bright fixtures and the vast number of looks we could get out of them. They also really stood out in spite of the high luminosity of the screen,” stated Luc.
The Pointes were augmented with 89 x GLP Impression X4 LED washes for all the stage, house and band washing, with eight Martin MAC Viper Performances for specials. Twenty-three MAC Viper Wash DX’s were also on the rig as their shuttering module allowed light to be sculpted precisely onto the stage and catwalks where needed, an important consideration when balancing lighting and video.
The ebullient audience participation inherent to schlager performance was encouraged by 24 x Chauvet STRIKE 4 LED blinders, very punchy and a favourite of Luc’s for this function, together with SGM Q7 RGBW strobes, another crowd-pleaser that helped ramp up the excitement! 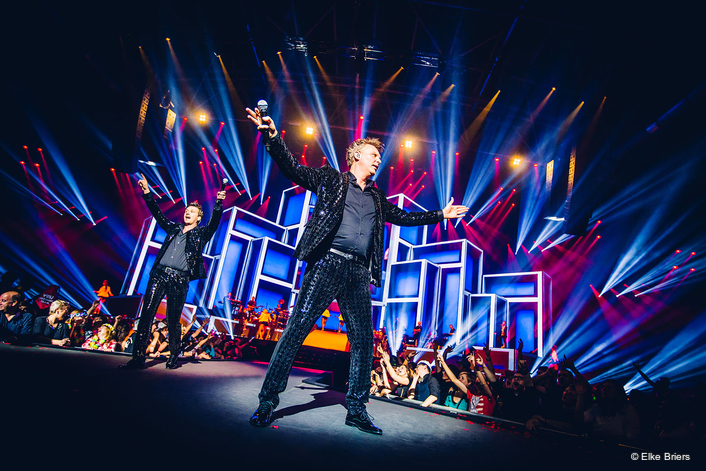 A hundred and twenty LED PARs were dotted around for general house lighting and three Robert Juliat Victor follow spots completed the lighting picture.
The grandMA2 full size console was programmed and operated by Paco, with many video cues also triggered via the GM2.
Everyone was delighted with the results, that once again exceeded expectations for this popular event which has invested heavily in production values in recent years.
Video, lighting and sound equipment was provided by PRG Belgium, led by production manager, Walter D’haese. 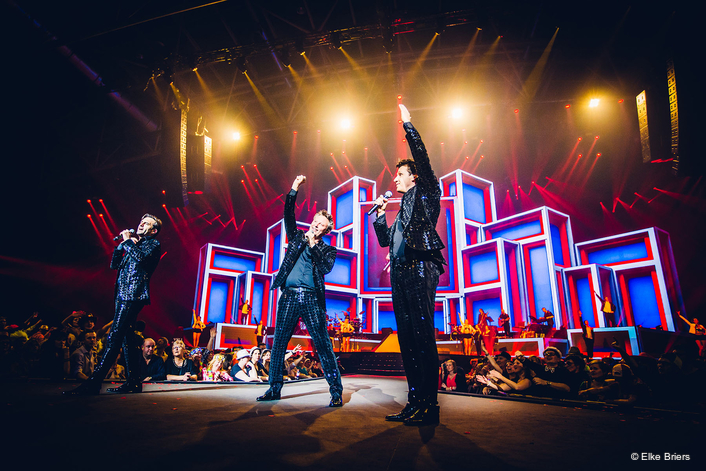