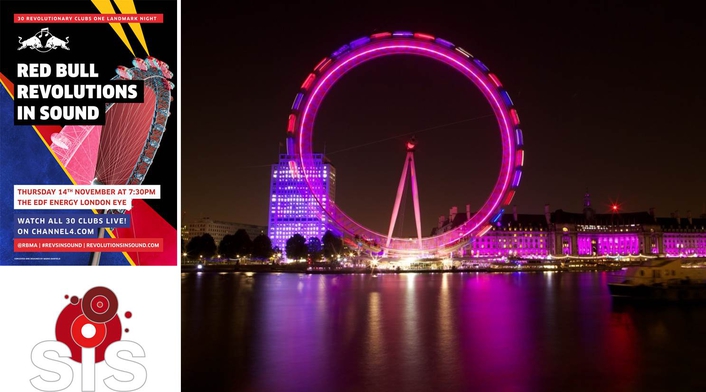 The EDF Energy London Eye is the largest Ferris wheel in Europe and comprises of 32 passenger capsules. On the 14th November 30 of these capsules played host to 30 legendary club nights, and over 100 DJs and artists, in a celebration of UK club culture. 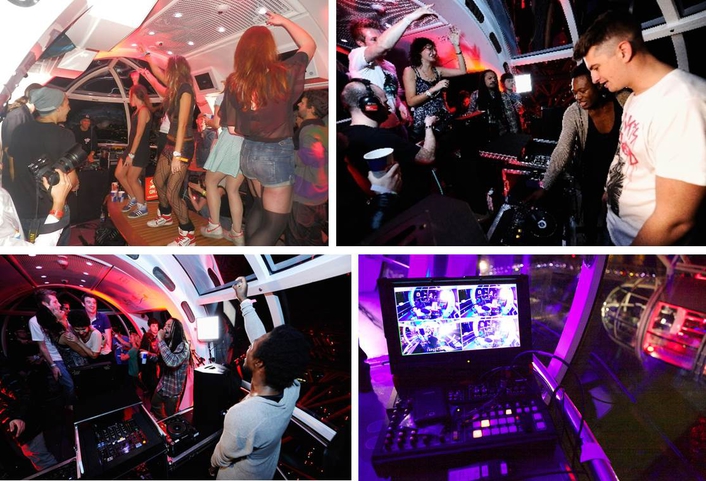 Having been heavily involved in Red Bull’s previous Revolutions in Sound event in 2011 SIS LIVE had a detailed understanding of the logistical challenges of this event and developed robust systems to ensure its safe delivery. Live, multi-camera feeds were produced from all 31 moving capsules broadcast in real-time on channel4.com in the UK and via YouTube for the rest of the world.

Thirty SIS LIVE RouteCase systems were used in the capsules to produce the video and audio feeds which were then transmitted to the production unit. RouteCase, designed, manufactured and sold by SIS LIVE, is a portable and affordable HD live production studio featuring a 4 input vision mixer and 10 channel audio mixer, making it ideal for this kind of project where space was at a premium. In addition to the 31 feeds from the pods there was also a bespoke Channel 4 live webcast featuring presenters captured by 2 RF cameras, mixed with the best of the action from the capsules, helicopter cameras and beauty shots.

Set up was a challenge as the EDF Energy London Eye is a popular tourist attraction and SIS LIVE was granted only a two hour window in which to rig and test all the equipment in each pod. Detailed planning was crucial to ensure that everything was loaded on and off in the right order as each capsule passed by ground level.

As each of these sources was constantly on the move it was impossible to use fibre to transfer the signals, which meant that a comprehensive RF network had to be employed, as Pat Blackburn, lead RF Communications Supervisor explains “This was the most RF-intensive programme we, or probably anyone, has attempted at a single venue, having thirty sources from The London Eye pods, Heli-tele and a further four RF cameras simultaneously linked live into our RF hub vehicle. With the current squeeze on suitable RF frequencies available to broadcasters it has been a challenge to fit everything in, however JFMG and OFCOM have been extremely helpful throughout and have managed to temporarily release some additional bandwidth for us. Our good relationships with these governing bodies and our expertise in spectrum management have helped make this event possible.” 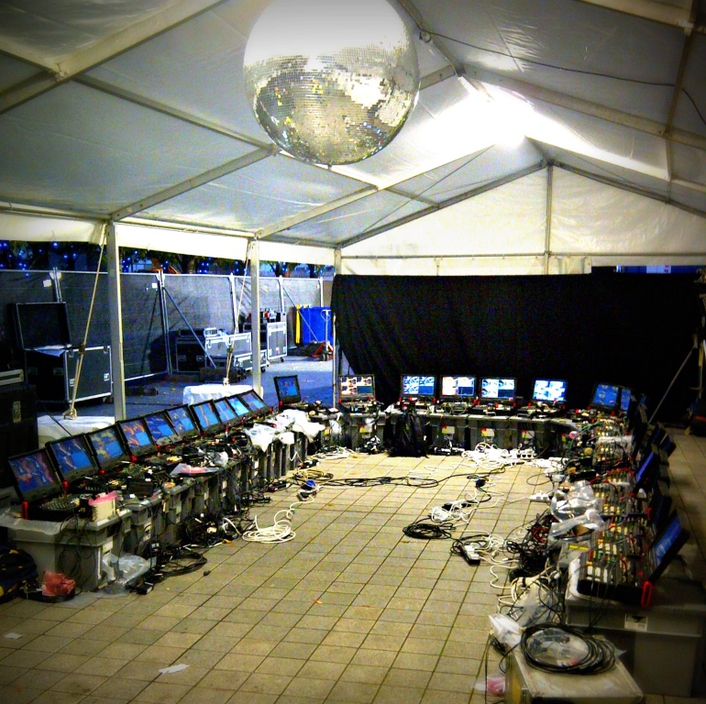 31 streams were encoded onsite by 8 servers installed in SIS LIVE’s MPV1 vehicle and delivered by a SIS LIVE fibre for online streaming. SIS LIVE devised a system which minimised the risk of disruption to the broadcast, with all equipment UPS powered, each server with built-in redundancy and incoming feeds monitored closely. A 400MB pipe was used to deliver the streams in full 1080 HD format, for file upload and provision of on-site internet connectivity. This was the first time that 31 simultaneous live HD streams had been broadcast through YouTube/Channel 4 from a single event and was the successful culmination of a period of detailed planning and testing by SIS LIVE and the many project stakeholders. 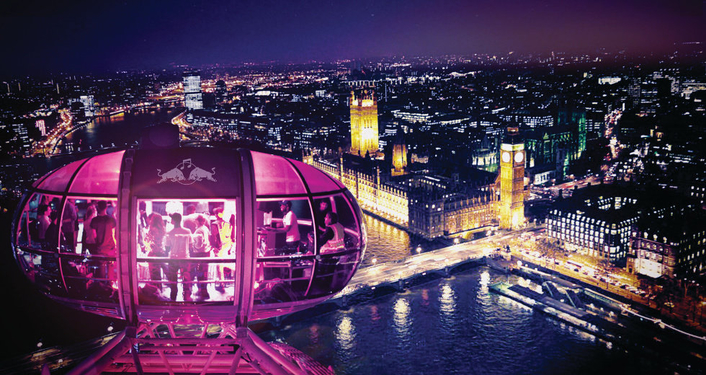 David Meynell, Managing Director, SIS LIVE says “SIS LIVE has the unique ability to deliver complex RF and special cameras solutions to produce live coverage from technically demanding events such as this. We are pleased to continue our relationship with the Red Bull moving image department to pull off this ambitious production which demonstrated not only the expertise of SIS LIVE’s operational team, but also the innovation and reliability of our award winning product range. The planning and preparation for this event was meticulous, particularly owing to the tight turnaround and intensive RF and IP requirements. Being central to the delivery of such a high profile event, and working with multiple parties is what SIS LIVE does best and we are proud to have delivered this exciting and elaborate show so successfully.”

About SIS
SIS is one of the world’s leading companies in the television broadcasting industry. It is the foremost supplier of television programming and data services to the UK and Ireland betting industry. The company’s broadcast business, SIS LIVE, has the largest satellite uplink fleet in Europe and is the largest outside broadcast provider in the UK. It offers a complete broadcasting solution from onsite outside broadcast facilities through to global distribution and IP provision. The company covers 100,000 hours of live events worldwide each year and credits include The Commonwealth Games, Formula One, Wimbledon Championships and European Tour Golf, and delivers approximately 80% of live news feeds across the UK.