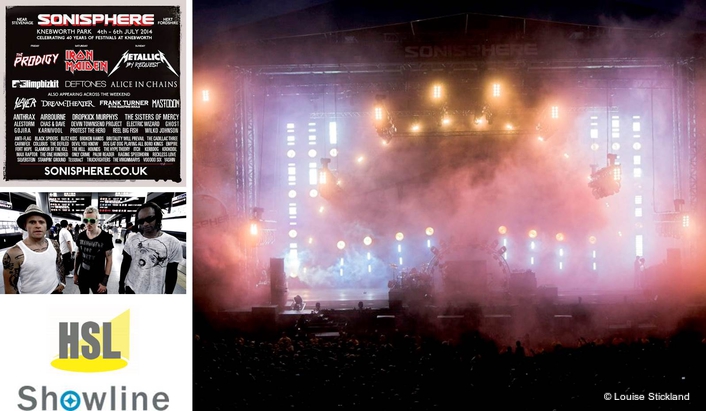 After a three-year hiatus, the Sonisphere festival came back with a bang, seeing The Prodigy perform alongside a stellar line up of heavy metal and rock giants including Metallica and Iron Maiden. Hurst wanted a to create a mind blowing lighting design that would be a spectacular end to day one, and he didn't disappoint. Locked together by the luminaires' unique quick-connect system, which allows SL NITRO 510 and 510C units to connect together easily top-to-bottom and side-by-side, Hurst rigged the 84 SL NITRO 510 and 72 510C strobes in mixed groups of 10. His design saw them blast white and coloured light over the audience, generating an electric rave atmosphere. 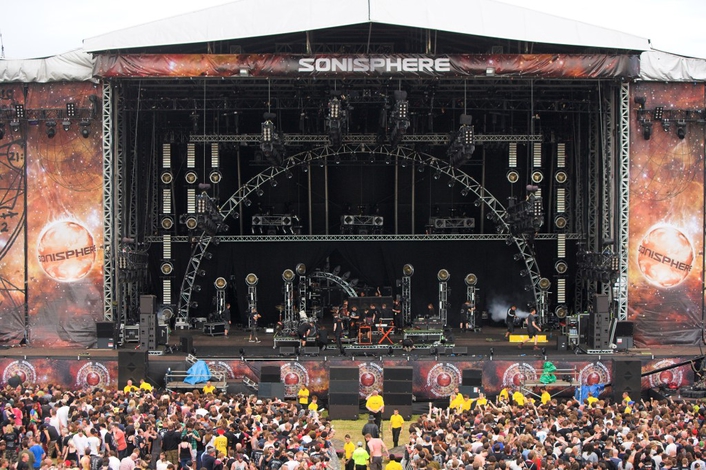 "The design concept was based on an air hanger for a Harrier Jump Jet," explains Hurst. "We took the idea from their 2013 New Year's Eve show at the O2. It was a favourite for the band so they asked me to adapt it to our festival run this summer." 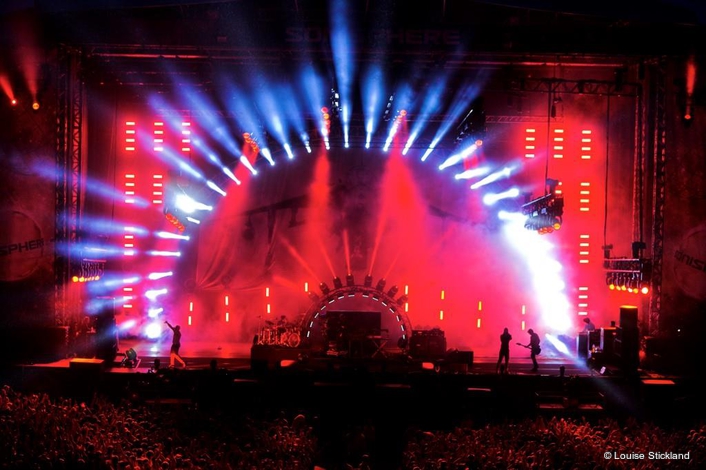 Sixteen SL NITRO 510 and 510C luminaires were rigged on two towers surrounding the band, and the rest in side hangs, filling the space around the 20 metre-high arch which framed the stage.

"I'm a really big fan of the Showline SL NITRO 510 range of strobes," says Hurst. "They are super bright with great colour mixing and fantastic macros enabling me to create some really cool looks." 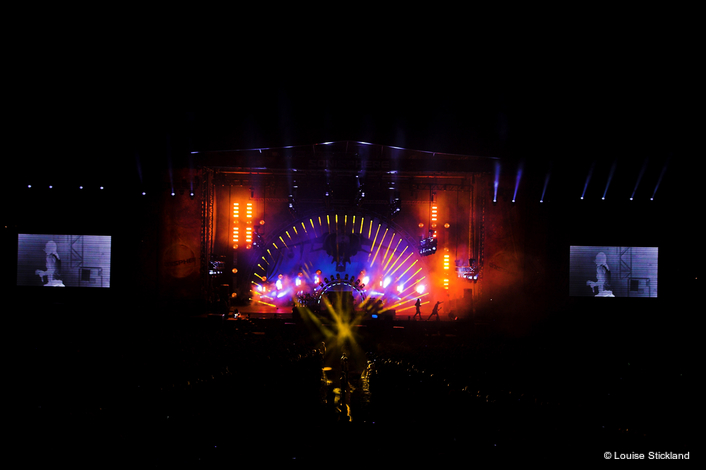 The SL NITRO 510 and 510C are cutting-edge LED based strobes that provide intense bursts of light and dynamic effects. The SL NITRO 510 strobe's tightly packed array of over 1300 LEDs ensures maximum output and full-field, even distribution across 120º. The 510C has an array of 264 high power fixed white LEDs and 264 RGB LEDs, ensuring an almost infinite choice of colour. Both luminaires' six unique zones of control allow ultimately flexibility, while unique built-in chases aid in creativity and simplicity.

The Prodigy will continue to play at a number of international festivals over the summer, including massive appearances at the UK's Global Gathering and Sziget Festival in Hungary.