Recording of the FOX pilot "Don't lose the Money" at MMC Studio 32
In March 2013, the German commercial channel RTL broadcast the first episode of the game show "Cash Crash". It was so successful that another four episodes will be broadcast this summer—this time as a celebrity edition.

"Cash Crash" was first brought to television by Shine Germany. The Swedish production company, Meter Television, developed the format for the game show. Meter Television is a member of the Shine Group.

The game show format also aroused the interest of the American channel FOX. On behalf of the US channel, Shine Germany produced a pilot episode titled "Don't Lose the Money" in the MMC studios in Cologne, in mid-February. The same studios are used for recording the German edition of "Cash Crash".

At the beginning of the shows "Don't Lose the Money" or "Cash Crash", the contestants are given a large amount of cash and are given the goal of getting as much of the money as possible through a game course.

The contestants try to move as many bundles of money as possible to the respective finish area of the physically demanding game, because: each bill and each bundle that hits the floor is irrevocably lost! The contestants may only keep the cash that they brought safely into the finish area.

The FOX pilot "Don't Lose the Money" was presented by host Mark L. Walberg, who has presented other FOX shows, such as "The Moment of Truth", "Test the Nation" or "Temptation Island".

The Production:
"Don’t Lose the Money" was developed by Meter Television (Shine Group) and was produced in the MMC studios in Cologne, by Shine Germany on behalf of FOX. Mark Achterberg directed the show pilot.

The video signals were mixed on a GVG Kayenne XL (3.5 M/E) at MMC’s HD control room 11. The playbacks were carried out via three channels on a Grass Valley Summit Server. One EVS XT2 was used for the highlight editing and the Super SloMo. For the recording, 16 Sony XDCAM VTRs were available. 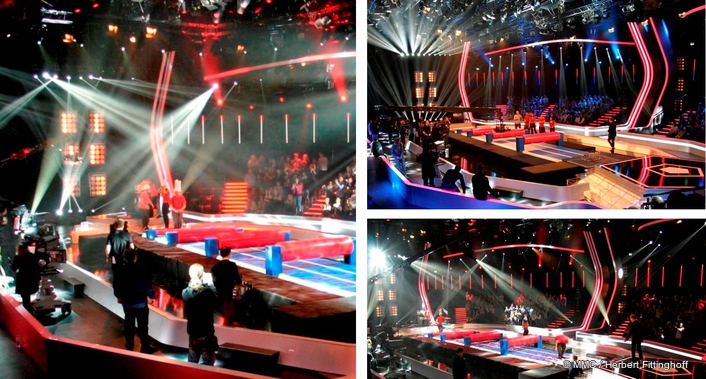 MMC’s Art Department was in charge of the set construction for "Don’t Lose the Money" (based on a design by Wieder Design), and the implementation of the games. The tasks included set construction and decoration, game design and development, technical preparation and implementation, kinetics and safety technology, among others.