Ilfracombe, Devon based drapes, starcloth, LED and visual effects specialist S+H has  invested in a large quantity of these new LED panels which are high quality and very light in weight at just 4.5 Kgs per panel and 9.5 Kgs per square metre, which is made up from two panels. They are also quick to deploy and exceptionally user-friendly.

This excellent multi-purpose 12 mm pitch product has been specially developed for S+H and is manufactured in China to their spec.

Holmes first used the S+H screen last year, just after the first batch was delivered, for the Kim Wilde tour, and was so impressed he decided to use it again when Steve Hackett went out.

The current Steve Hackett tour design – on which Holmes worked closely with Lighting Designer and Programmer Russell “Tigger” Matthews - incorporates three squares of screen, a 3 x 3 metre central surface flanked by two at 2 x 2 metres. There is a metre gap between each section of screen to create an epic wide ‘stretched horizon’ look.

Holmes also created all the video content shown on the screens, which is an eclectic mix of ambient footage, digital sets and scenic locations. The choice of the three screens was inspired by the song “Blood on the Rooftops” where they wanted to turn the stage into the interior of a room as a series of black box style inset scenes. 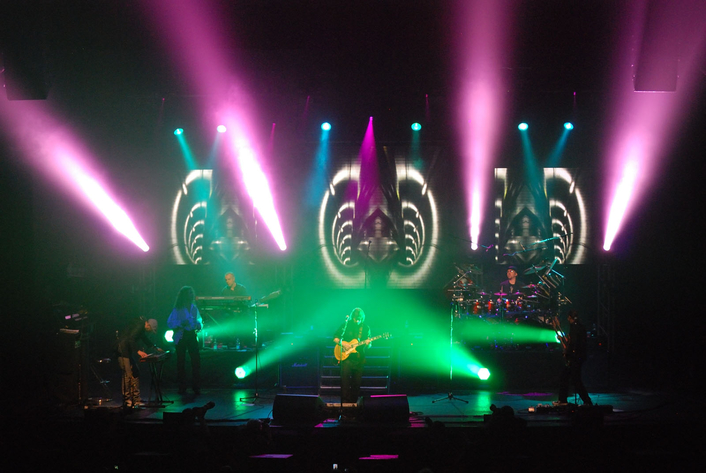 “It came partly from a comment from Keyboard player Roger King who said he rather saw himself in an office,” says Holmes when he and Tigger were discussing potential designs. “That and the beer”, he added.

This also led to a project with British company Anglepoise that resulted in Holmes designing and building the electronics and software to fully automate six 3 metre high desk lamps.

These fitted between the screens and around the performers, allowing Tigger to place lights in three dimensions as well as involve the characters on the lights themselves in the show. “Think of Luxo Junior, ” says Holmes, “only for real and quite big”.

Avolites chipped in with custom personalities for the “Lampies” and Cast helped with the loan of WYSIWYG to program the show.

The three screens are designed so they can work individually or together offering one wide landscape image. When the tour moved to Europe, the screens and control went with them, hooking into house lighting rigs at each venue.

“This screen is a very elegant system and an excellent product,” enthuses Holmes “Their light weight is a huge help in rigging it anywhere, and it was versatile enough to fit into a wide variety of different sized venues in Europe where we used different house rigs daily. It provided us an essential element of visual continuity”. 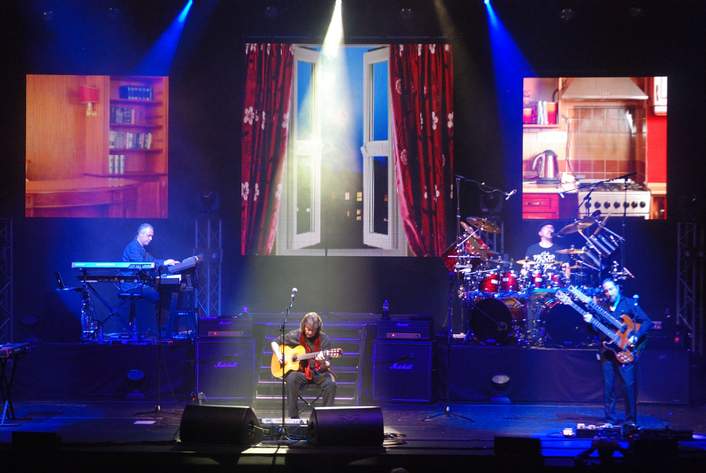 All the playback material was stored and played back through a Green Hippo Hippotizer media server, run via a Zookeeper remote at FOH, with the new Hippoportimus acting as backup.

Holmes worked for about a month solidly on creating and programming all the content. Many of the Genesis songs are extended in length, and so the lighting and visual cue structure is complex and detailed, sometimes with up to 80 cues per song!

The screen worked brilliantly. It was “compact, light and an ultimately tourable product” confirms Holmes, adding that its semi-transparency and ability to disappear on demand also added greatly to the aesthetics.

The front of the screens are really black so, depending on the content, images can appear like they are floating in the air – a technique which worked very well for parts of Hackett’s show. 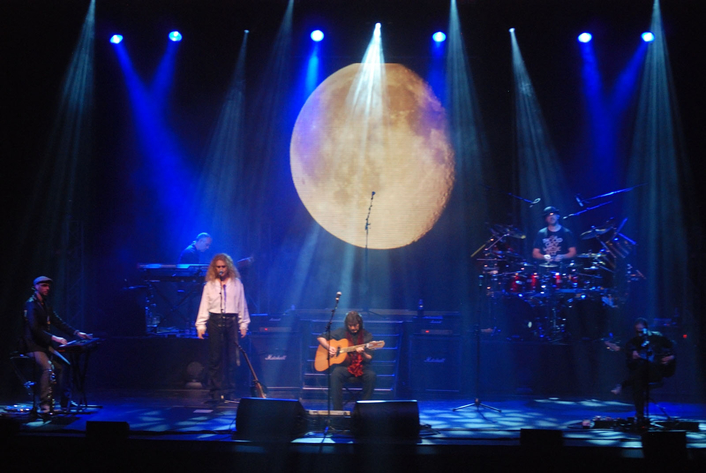 At other moments they can have lights blasting through it from behind and he also uses it as a lighting effect, creating halos and other shapes above and around the musicians in the band.

Steve Hackett, who takes a very active interest in the show, commented, “I wanted the audience to enjoy the journey with the songs, at times casting them into space and at other times catapulting everyone back to childhood or into areas combining fantasy with altered reality.”

After seeing clips of the show he’s pronounced himself “Very pleased” with the effect, and has already re-booked the equipment for additional summer shows and is looking forward to further European dates in the Autumn, added after the positive response to the first leg. 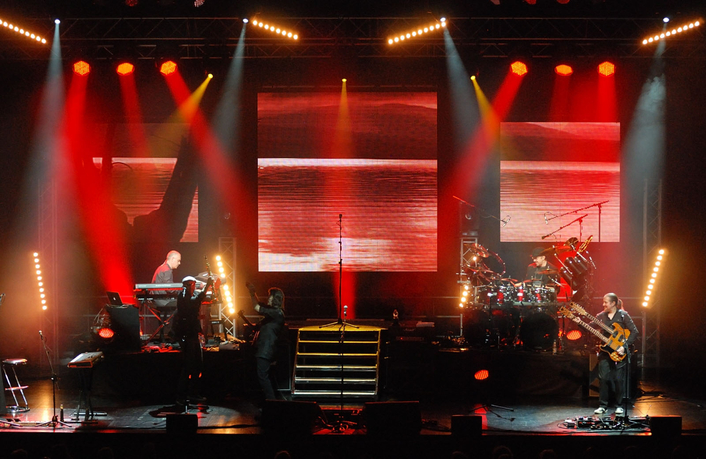 Holmes has worked with S+H video and effects products on several occasions and comments that the service is, “Brilliant – everything you need - efficient and friendly”.