.
SGM has kept up its domination of major European dance spectaculars this year by putting on an awesome display at the GelreDome football stadium in Arnhem.

Promoted by Dutch entertainment specialists, Q-dance, is considered to be one of the leading hardstyle events in the calendar and contains some of the most sophisticated production values of any one-off spectacular. 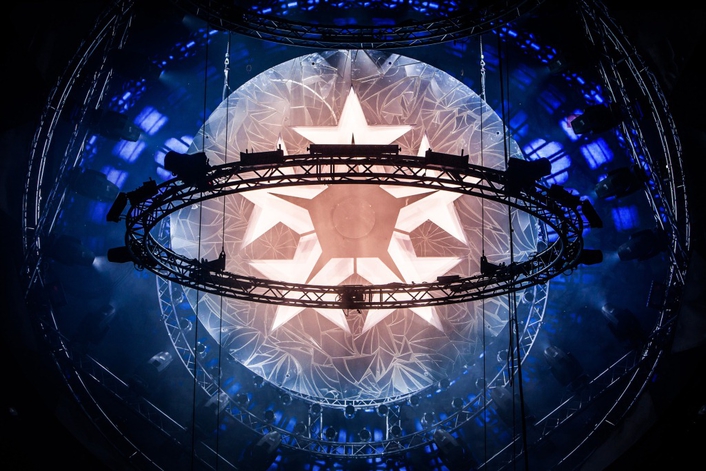 The promoters remarked on how impressed they were with all the SGM effects, but singled out the P-5 as being the best product they had used in any Qlimax show — according to Luuk Maters of distributors Rent-All. The Dutch company supports the show annually, and supplied all the SGM equipment for the production.