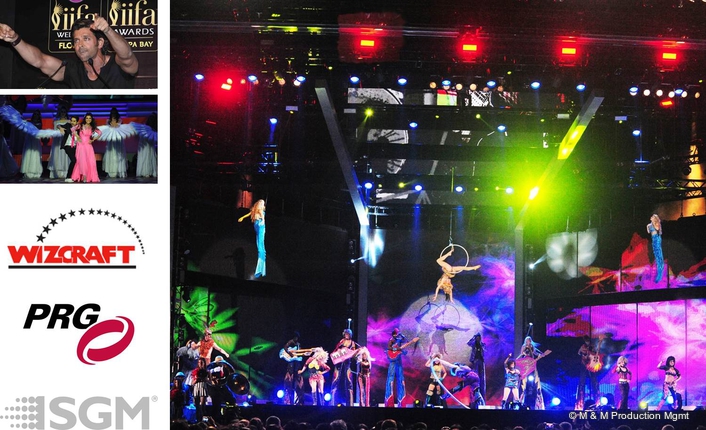 .
The SGM XC-5 Colour Strobe played a leading role at the recent International Indian Film Academy (IIFA) Awards, held in Tampa Bay, Florida at Raymond James Stadium. The IIFA Awards, also known as the ‘Bollywood Oscars’, has been held annually around the world in cities including London, Amsterdam, Johannesburg and Toronto, to name a few. The 2014 extravaganza marked the show’s 15th year, as well as the first time the event has been held on United States soil.

The IIFA Awards is a week filled with events based on Indian film, fashion, music, business, and culture, with the climax being the IIFA Award ceremony. The weekend is typically as big as Super Bowl weekend, drawing in 30,000 or more visitors, and the ceremony being broadcasted to 600 million viewers in 108 countries. It showcases the elite Bollywood ‘Royalty’, with this year featuring Hollywood actors as well, including John Travolta and Kevin Spacey, among others.

It was a turnkey solution provided by PRG supplying production management, lighting, rigging, audio, video, stage, set, site, green carpet, pyro, and crew for it all.

Melzig said, “The XC-5 gives you everything you want from a strobe, and so much more! It comes with a low weight, a small footprint, power efficiency and still, they are just BRIGHT as hell! And very reliable!” 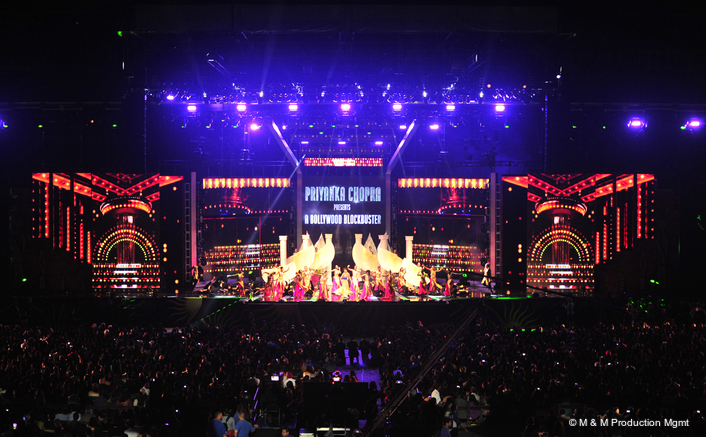 O’Connor said, “For this year’s IIFA Awards in Tampa I had originally wanted to use a different strobe but PRG suggested the SGM XC-5s as an alternative, which they had just added to their inventory. Although I hadn't used them before but had heard good things about them I decided to give them a try. I normally use a lot of 2 Lite Moles around the set and I figured that the SGM's would fit in really well with these especially when used as just a light source to give me lots of different colours and chases, so they were ideal to fill out a very big stage plus they also can be used as a strobe! Very cool.”

He continues, “The XC-5's worked really well considering the size of Raymond James Stadium (65,000 capacity) – I can only imagine the impact they would have in a smaller venue. Plus the fact that they only use 4 amps of power for what they can deliver is brilliant!”

The XC-5 has been designed to revolutionise the strobe industry and mark the end of the old xenon-based effects, which have such high wattage that they need many generators to power them. The XC-5 colour strobe utilises 1,080 RGB LEDs, boasting just 4A power consumption (with 6W standby power) and a lamp life of 50,000 hours. Housed in a black, slim aluminium chassis, the XC-5 contains 120° lens as standard, tilt of 0°-110°, 1 to 7 DMX channels, and set up is via OLED 5-button graphic display. 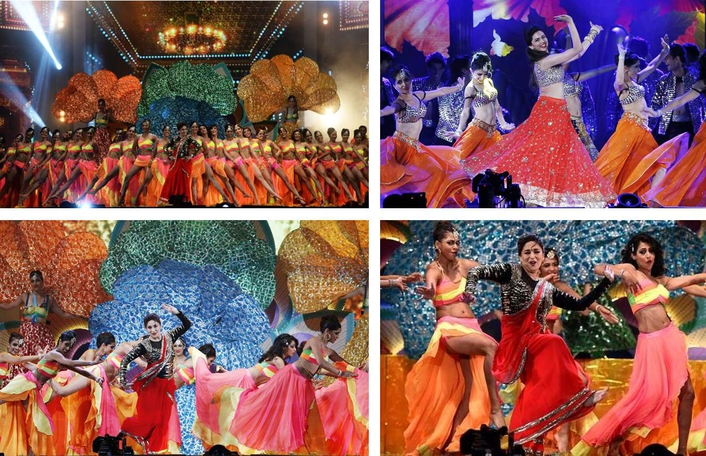 Peter Johansen, CEO of SGM says, “Having our fixtures on yet another production by Ola Melzig is an obvious pleasure. At SGM, we take pride in developing powerful, bright and flicker-free LED fixtures especially suitable for TV transmissions like the IIFA with a key focus on an aesthetic design that allows the fixture to be both a visual effect as well as an integrated part of the stage.”

In the end, the event was considered a huge success and Wizcraft was incredibly pleased with the results. The only mystery left is where the event will take place next year….stay tuned.