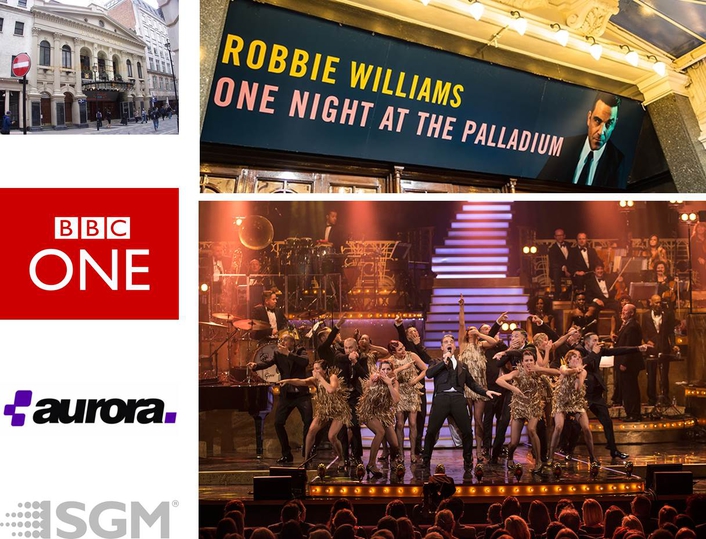 .
SGM’s X-5 LED strobes helped to create accent and drama on the recent high profile Robbie Williams: One Night At The Palladium show, seen by millions of prime time viewers on the UK’s BBC1. With lighting heavyweights Oli Richards (LD) and Theo Cox (moving light operator) at the helm, the show was also recorded for DVD.

As part of the London Palladium scenography, the LD utilised six X-5’s — four attached to the set and two placed inside very large gold closets — which sprung into life when Robbie and Rufus Wainwright sprung from within in pink glittery top hat and tails to celebrate their ‘coming out’ in Swing Both Ways. The strobes were supplied by TV rental specialists, Aurora Lighting, and all fixtures were triggered from a Hog 4. 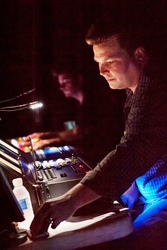 Commented Richards, “The feature I like most about the X-5s is that they physically look good on camera — nice and low profile, which was particularly useful with regard to the wardrobe scene. They are easy to place in and around the band — and it also goes without saying that they are very bright. But one of the main reasons for using them was because Aurora have them, and recommended them.”

Theo Cox was equally effusive having originally been introduced to SGM’s new generation of LED effects at PLASA 2012. “For television use products need to
meet all the obvious TV criteria but also have a certain je ne sais quoi … something that has to catch the imagination of the televisual fraternity, and the X-5 has that. 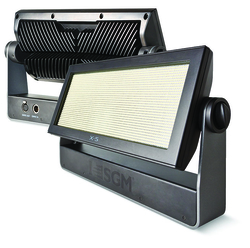 “They are a very important addition to the repertoire and factors such as reliability, power requirement and space/weight saving blow conventional strobes out of the water.”

He adds that once he knew Oli Richards had decided to include the strobes in his design for Robbie Williams: One Night At The Palladium “it was interesting for both of us to see how they performed on camera.” He stated, “ We were both very impressed with them, and I think for both of us they will become a regular feature in our respective environments.

“Strobes used as well-timed accents are an important part of my style, often correlating to the work of the drummer! I rate having strobes that can also be used as fast reacting 'blinders' very highly. The DMX functionality is good, and they certainly have a fast reaction time which is vital.” 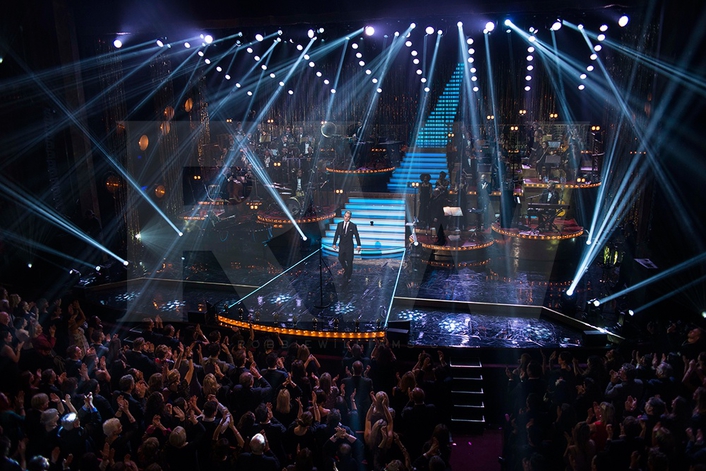 Theo’s switch to the new LED platform for strobing has certainly evoked positive comments. “People involved with all levels of shows that they have been used in have remarked on them, so certainly it has been very successful on the satisfaction rating.”