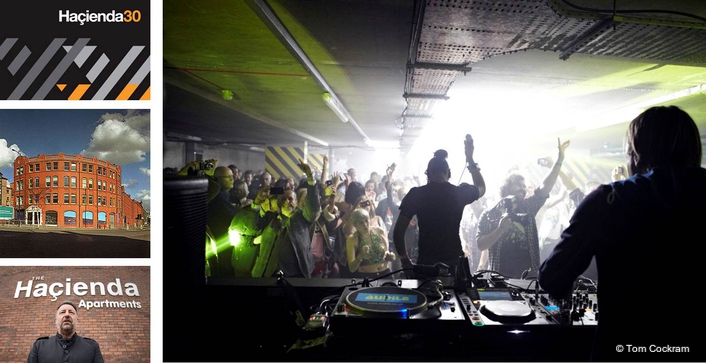 FIX8Group creates a 30th anniversary rave at underground car park on original site
One of the pivotal moments in clubbing history was the party held recently to celebrate legendary British venue, the Hacienda’s 30th anniversary.

Although the club has been closed since 1997, a memorable rave was organised by former New Order bassist Peter Hook (with assistance from club owner/entrepreneur Aaron Mellor) in the cavernous concrete car park under the original Hacienda venue in Manchester’s Whitworth Street (today a block of apartments).

Hook contacted creative visual director Neil Trenell from Stockport-based FIX8Group to create the atmospheric infrastructure for the 500 lucky enough to get tickets — and he quickly discovered that 20 of SGM’s new groundbreaking X-5 LED white strobes would overcome all the production limitations.

“We’ve known Hooky for a while, and when he contacted me I was more than happy to be a part of this project and help bring their ideas to life,” he reports. But Trenell was also aware that this was the first time an event such as this had been staged in this location since the Hacienda closed its doors. 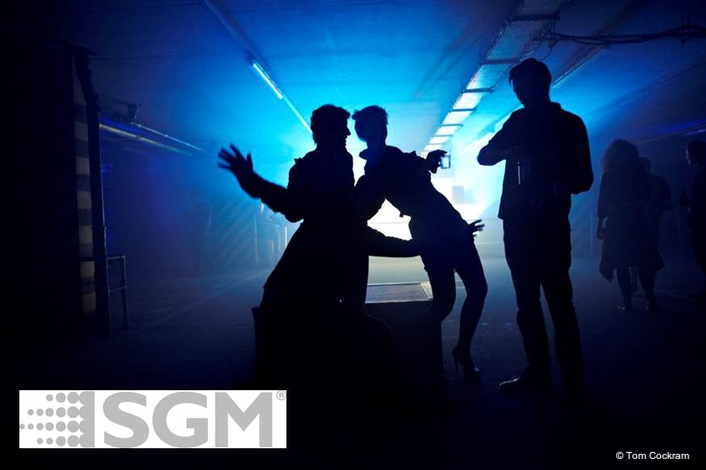 Production was faced with a number of restrictions including low ceilings — just 8ft 6in from floor to ceiling. “In addition there was little available power, so we had to create high impact from a low energy source,” he said. Finally, production was also given just six hours to rig the venue and three hours to demount — so that the space could be restored to its primary function as a car park.

With their lightweight, compact form factor and extremely low power draw (around one fifth of conventional strobes) these revolutionary LED-based X-5 strobes ticked all the boxes.

Neil Trenell had earlier been introduced to the SGM fixtures by Jonathan Walters at SGM dealers, AC Entertainment Technologies. He said he had “just the solution” reports Trenell. “We assessed the strobes and knew they would be excellent to work with; we set 12 of them on the back of a cable tray above everyone’s heads so that the crowd could feel the impact without seeing the source whilst eight were used as an upstage effect, creating fantastic silhouettes of the artists.

“The strobes looked great, they were extremely responsive and equally as bright as industry-standard strobes. In fact they punch well above their weight — and we look forward to using them on future projects.”

FIX8Group is one of the new generation of visual artists that integrate lighting and video — with a workload ranging from pure rock and roll to large-scale pixel mapping projects for corporate clients. They triggered the X-5 strobes from a grandMA2 desk, which kept the venue’s pulse rate up throughout a night which saw a host of the club's former DJs including Dave Haslam, Jon DaSilva, Graeme Park, original Hacienda DJ Hewan Clarke — and Hooky himself behind the decks.

When the Hacienda opened on May 21, 1982 — the brainchild of New Order manager Rob Gretton and Factory Records boss Tony Wilson — it was a landmark of industrial design. Thirty years on (to the day) the celebration helped to raise hundreds of pounds for the Nordoff Robbins music charity.