Set Up with d&b: Off with a Bang, a Bong, and a Bing-Bang Bong 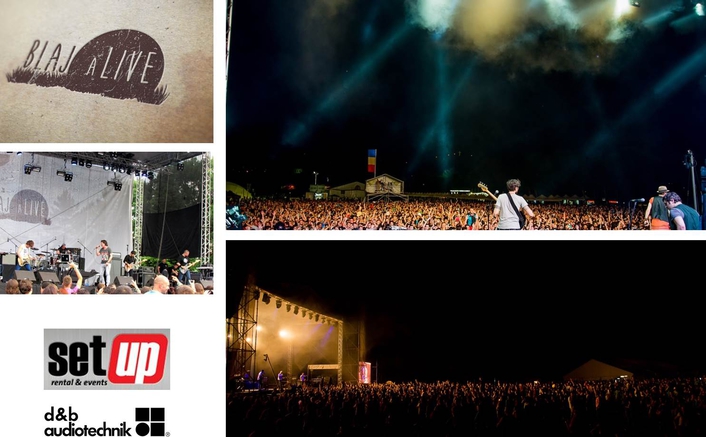 .
It shows some ambition when a young company takes delivery of its first full size line array, completes system training for its technicians, then nine days later loads into a festival main stage with their new PA. Ovidiu Grunca who owns Set Up Company, the Romanian PA provider in question, was unrepentant.

"This was for an audience of ten thousand with two days of full on performance. A mix of mainstream and dance, with a little rock and metal on the side, Blaj Alive is one of Romania's most popular new born festivals. You might think us foolish, but we had good reason to feel confident we could pull this off." And pull it off they did. 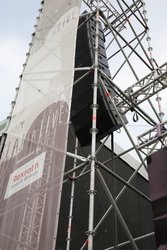 The Blaj Alive line up included international artists such as headliners Seether and AWOL Nation, mixed with the likes of Vunk, one of Romania's most successful pop bands with a career stretching back to 1999, and Zdob si Zdub from Moldavian Republic but internationally present since 1994. "We completed our training with Janko Ramuscak on the 26th May," said Silviu Scrob, event manager at Set Up. "When the festival closed Sunday night the 8th of June, AWOL Nation's front of house engineer Bob Strakele, turned to me and said, "Set Up have got a great team. Everything worked fast, nice, and easy. The subs were super-fast, I got a great kick drum sound, and I barely touched the system EQ."

The system to which Ovidiu Grunca refers was a J-Series from d&b audiotechnik. "We already had considerable experience in the Romanian PA rental market," continued Ovidiu, "so we made a conscious decision to target large promoters such as Artmania Events who stage Blaj Alive and Artmania Festival, one of the biggest rock festivals in Romania since 2006.

To address their market correctly meant investing in an appropriate system, one that would be acceptable to international artists. Research told us that d&b is the most widely accepted brand on the European festival circuit, and when I visited Germany for a listening test at a Stuttgart Arena I was overwhelmed. It was clear to me that not only was the system well designed, but the support infrastructure at d&b was outstanding. That impression was only reinforced when Janko came to deliver the training. I'm embarrassed to say, setting up the J-Series for an outdoor event is almost too easy." 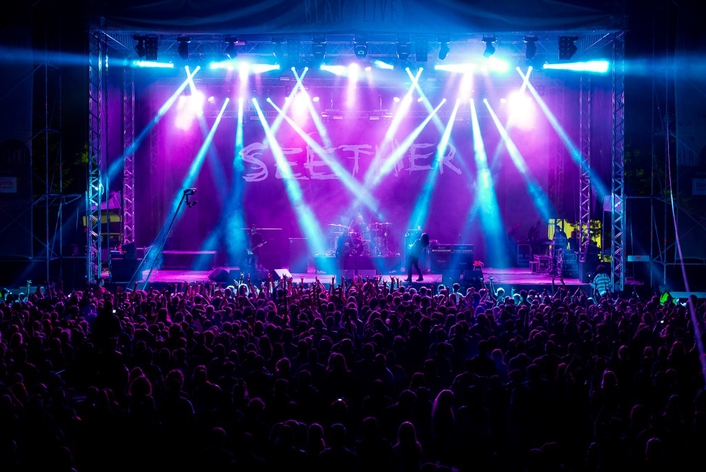 Never one to believe his own hyperbole, Scrob asked Strakele to walk the audience earlier in the day and make his own assessment. "The coverage for the audience area was very good," he said. "We had just come from performing at Rock-am-Park in Germany where we had also used a d&b J-Series. I'm from New York and I see this system all the time, not just here in Europe. The result at Blaj Alive was no different from that at Rock-am-Park; very consistent and good pressure levels."

Artmania were equally impressed, "All our performers were very happy with the sound and the service," said Codruța Vulcu Artmania's director. "We have already booked Set Up for upcoming Artmania Festival in Sibiu, where Therion, Crematory, Diary of Dreams and many others will perform."

Entec Adds More Magic to the Mix
A Trilogy of Sound from the Land of Ice & Fire
Supporting Community and ...ric Dance Music with d&b