Serrat and Sabina ‘Strike Back’ with MAC Aura

After the spectacular success of their first tour “Dos pájaros de un tiro” (Two Birds with One Stone), Serrat and Sabina have launched a follow up tour "Dos pájaros contraatacan” (Two Birds Strike Back) that is playing to audiences across Spain and South America this summer and fall.

LD Oscar Gallardo
Oscar Gallardo is one of Spain’s top lighting designers, having lit Serrat and Sabina shows for years, as well as other artists like David Bisbal, Luz Casal, Presuntos Implicados, Rosana and many more.

Oscar, along with Juan Gomez Cornejo, Tano Astiaso and Nicolás Fischtel, is one of the forerunners of the “Asociación Española de Autores de Iluminación” (Spanish Association of Lighting Authors), of which Martin Professional is a member. The association was created with the objective of gaining more recognition for the lighting design profession. 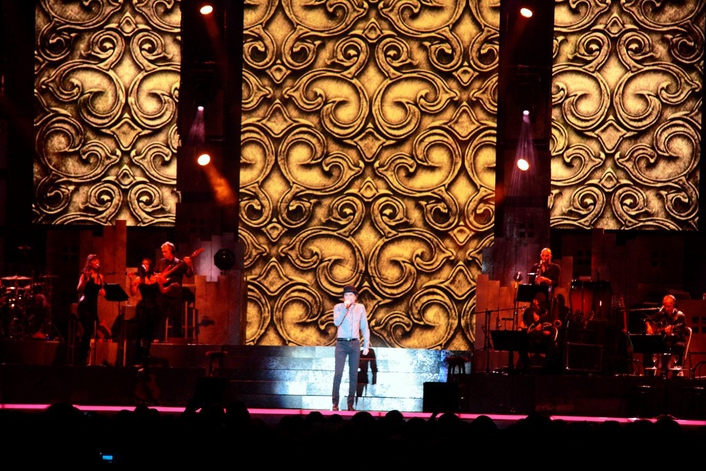 Powerful proof
On the Serrat and Sabina show, Oscar uses 34 MAC Aura LED wash lights, a fixture he says he chose for its power and brightness, as well as cost and energy savings.

“The decision was difficult as the stage is quite big, but after the first test with the Aura there was no doubt, it was the product for this tour,” Oscar remarked. “The color projection and the effective control of the fixture; the amazing power, the speed with high precision, after the first performance, everyone loved the Aura.”

Weight and cost savings
The Aura’s work in the rig in combination with 1200 W spot moving heads. By choosing the lightweight Aura rather than an HID based fixture, Oscar says they lightened the lighting rig by 1,000 kilos. 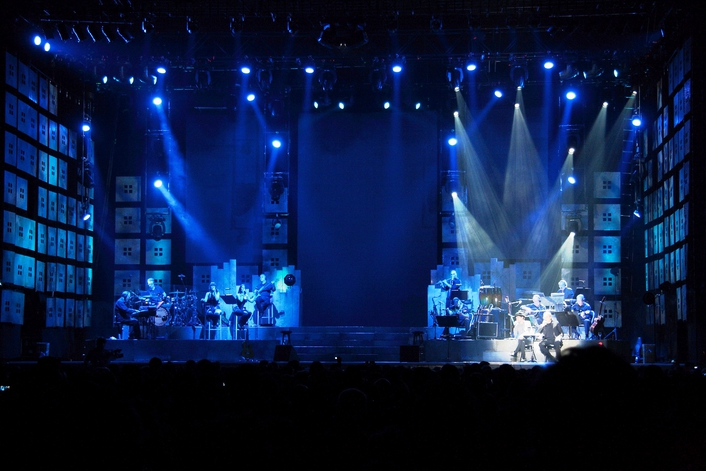 “The crew was also happy as one person can carry up to four fixtures,” he says. “Normally one fixture has to be carried by two people.” And according to the tour’s stage manager, the Aura’s success is also reflected on the balance sheet as they are saving more than €1,000 daily in generator and transport costs alone.

Rental company supplier MFO S.L.
All lighting products for the tour have been supplied by rental company MFO S.L. Productions of Seville. MFO S.L. combines the innovative spirit of a young company with the know-how and strength of a team of professionals with over 10 years of experience. The company provides added value through an energetic and initiative-rich team and operates both nationally and internationally. 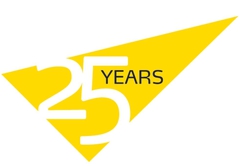