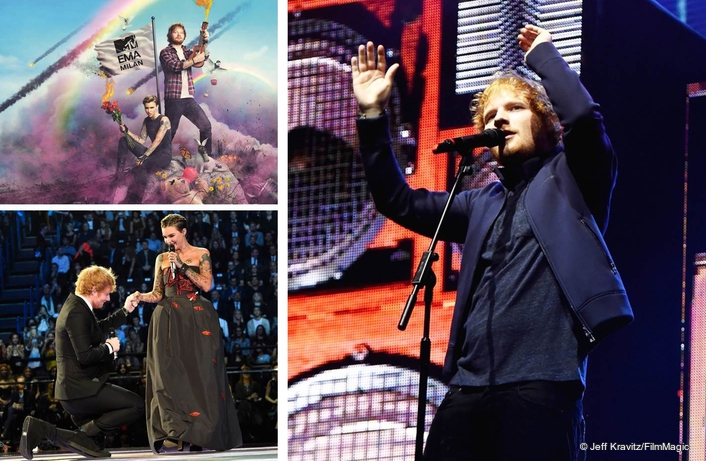 Ed Sheeran not only was the co-host of this year’s MTV EMAs, he also performed during the awards show and took home the awards for Best Live Act as well as Best World Stage Act

Hosted by Ed Sheeran and Ruby Rose, this year’s MTV EMA Awards show was held at the Mediolanum Forum in the Italian city of Milan on 25 October. For the thirteenth consecutive year, Sennheiser worked with audio production company Britannia Row Productions, supporting them in a particularly challenging spectral environment. Sennheiser supplied various artist microphones, wireless monitors and all of the critical presenter microphones, with the Digital 9000 system enabling a far higher channel count than would have been possible with other wireless systems.

Colin Pink, the sound designer for the event, explained the challenges that the popular Milan venue posed: “The Mediolanum Forum is a venue with a history of RF issues, mainly due to the local proximity of TV transmitters. Going into the project, RF was always going to be my biggest headache, as on top of the difficult noise floor, the main stages’ side walls, back wall, floor and ceiling were all made of LED panels, which is never good for RF!” 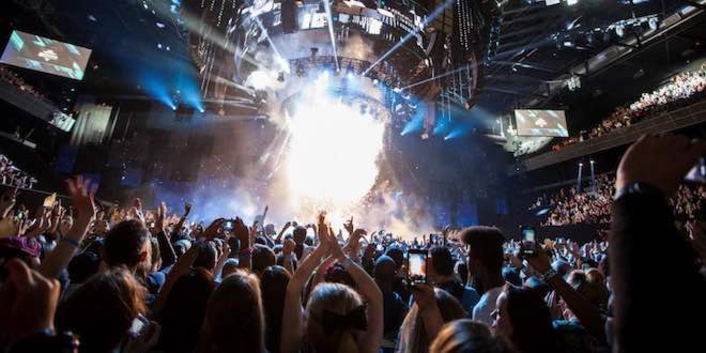 Barry Mcleod, Britannia Row’s RF engineer for the MTV EMA, was tasked with making everything work, he was supported throughout the event by Sennheiser’s Andrew Lillywhite, Customer Development & Application Engineer, and Phil Cummings, Relations Manager EMEA. Phil confirmed: “The Forum has quite a reputation for being extremely difficult. Britannia Row sent an engineer out a month earlier to do a scan for available frequencies, which revealed that it was impossible to get the amount of spectrum that the MTV EMAs usually demand.”

“The initial scan indicated that we could only fit 18 handheld microphones and eight IEM channels into the RF spectrum for the main show,” added Colin, “which on a show this size was a big challenge!”

Andrew Lilliwhite responded by preparing a comprehensive set-up to take to the show: “The solution was to take a lot of equipment with us, because we didn’t know what would be usable when we got there. An interesting challenge was that there were two stages at either end of the arena, which meant we had two PAs either end, requiring two separate IEM rigs.” 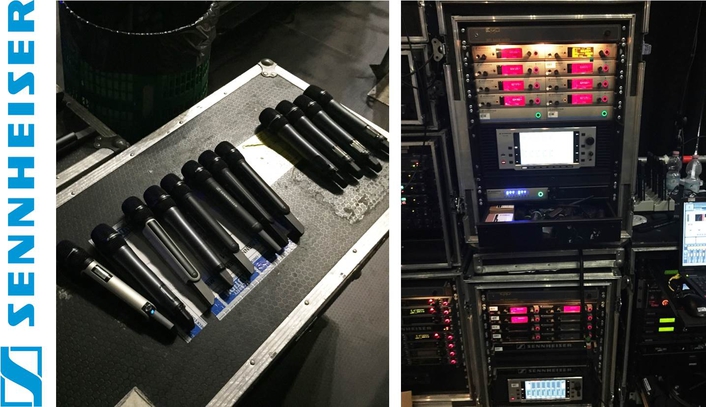 A backstage look at the Sennheiser RF systems, monitors and microphones

When on singing duty, host Ed Sheeran used an SKM 5200 with MD 5235 head, Rudimental performed with an SKM 2000 with an MMD 935 capsule. Ellie Goulding and Jess Glynne sang into an SKM 2000 handheld, while Andrea Bocelli used a wired Neumann KMS 105 microphone.

Colin Pink concluded: “As a system it all worked very well, without a single drop-out during the production. The show went very well and is testament to the quality of the equipment and crew involved. My thanks go to Sennheiser, for all their help and technical expertise in helping make this year’s MTV EMAs a great success.”

About Sennheiser
Audio specialist Sennheiser is one of the world's leading manufacturers of headphones, microphones and wireless transmission systems. Based in Wedemark near Hanover, Germany, Sennheiser operates its own production facilities in Germany, Ireland and the USA and is active in more than 50 countries. With 18 sales subsidiaries and long-established trading partners, the company supplies innovative products and cutting-edge audio solutions that are optimally tailored to its customers' needs. Sennheiser is a family owned company that was founded in 1945 and which today has 2,700 employees around the world that share a passion for audio technology. Since 2013, Sennheiser has been managed by Daniel Sennheiser and Dr. Andreas Sennheiser, the third generation of the family to run the company. In 2014, the Sennheiser Group had sales totalling €635 million.