Sennheiser in RF Control at BRITS 2017 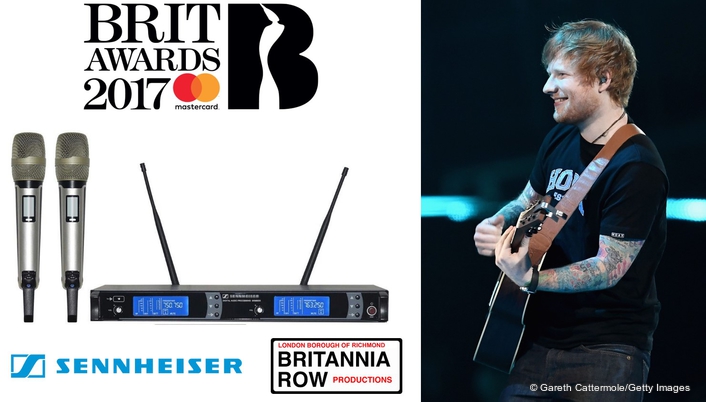 Ed Sheeran performing at the 2017 Brit Awards with Digital 9000

It was another evening of glitz and glamour at the 2017 Brit Awards, which once again took place at London’s The 02 on the 22nd February. Sennheiser was proud to support the production of the event for the 15th year in a row, with its Artist Relations team providing several racks of wireless microphone and IEM equipment, and engineer Andrew Lillywhite assisting with RF co-ordination expertise.

Andrew and Sennheiser’s artist relation manager Jack Drury were on site at The O2 for the run up on the Monday, Tuesday and on show day, working alongside Britannia Row Productions who took responsibility for the overall audio production of the event and Joshua Thomas who was in overall charge of RF co-ordination.

For this RF-heavy environment, Sennheiser’s flagship Digital 9000 series microphones were deployed for all presenters. SKM 9000 transmitters with EM 9046 receivers and ME 9004 capsules ensured crystal-clear audio and trouble-free operation, with the unique suspension mount design of the ME 9004 capsule delivering a fantastic condenser sound with no handling noise.

Several artists also chose Sennheiser, with Little Mix opting for SKM 5200-IIs with EM 3732 receivers and MD 5235 capsules (a legendary combination in the live performance industry) and Bruno Mars and Robbie Williams using the same combination. Katy Perry’s SKM 5200-II was customised in ‘Dollar Bill Green’ with real currency wrapped on the body and battery slot of the transmitter, again with EM 3732 receiver and MD 5235 capsule.

Digital 9000 hit the spot for Ed Sheeran, with a combination of SKM 9000 transmitters, EM 9046 receiver and MD 9235 capsules for Ed’s vocals, guest vocal and backing vocals. He also had an SK 9000 bodypack transmitter with a custom-built cable for acoustic guitars, as the companderless operation of the 9000 Series system gives a remarkably true sounding acoustic guitar with excellent transient frequency response and lifelike dynamics. 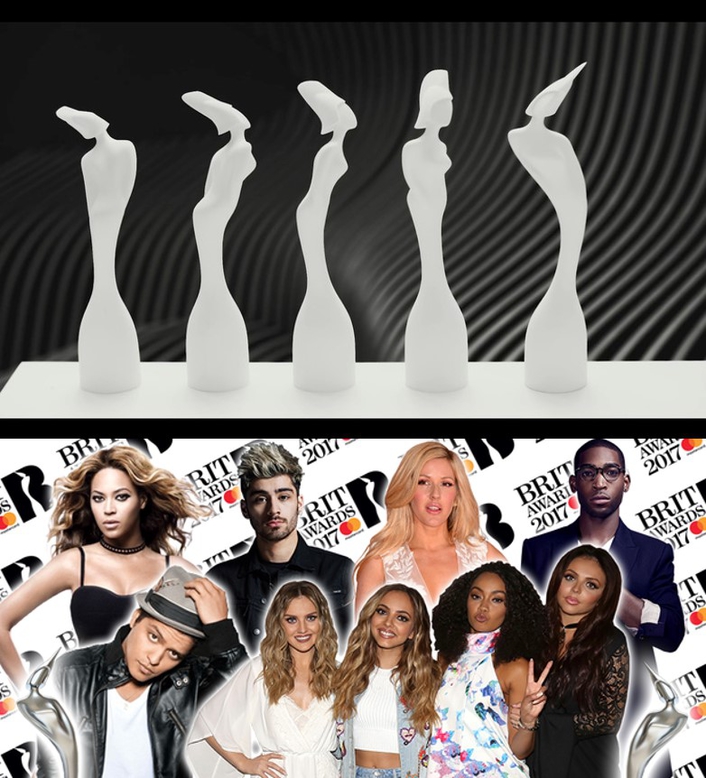 “This year’s Brit Awards was a packed show featuring ten artists, six of which were fully live and four were live vocal to track, all of which had a high RF count,” explains Colin Pink, who headed up the audio team. “Once again, Sennheiser supported The Brits both with equipment and with technical support, in the form of Andrew Lillywhite and Jack Drury.

“Sennheiser provided all of the eight 9000 Series handheld mics for the presenters and ten 5200 systems for the artists, as well as another 9000 Series system for Ed Sheeran. On top of this, they supplied a ‘get out of jail’ toolbox which came in handy for extra guitar packs and further presenter bodypacks. We used a total of 28 IEM systems on the show with approximately 60 packs, also provided by Sennheiser, their 2000 Series being the preferred option for nine out of the ten acts.

“A couple of the acts brought in their own RF systems, again primarily Sennheiser 9000 Series and 2000 Series IEMs. This gave an RF channel count for the main show of over 160 channels. Obviously, this was a major potential issue in the ever-decreasing usable spectrum. It was a great asset having Andrew on site to assist Britannia Row’s Josh Thomas in managing the rather packed spectrum. Using the 9000 Series mics helped the situation a lot and all the Sennheiser systems performed flawlessly on the show. A great testament to the stability of their architecture.” 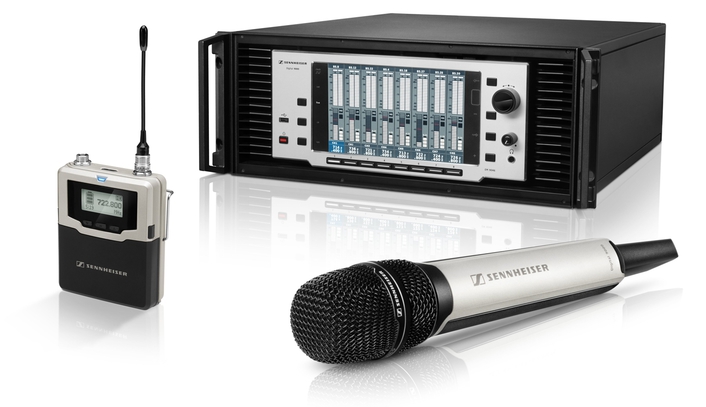 “The Brits is a hard and complex show that involves coordinating radio frequencies between many bands as well as house equipment,” says Joshua Thomas, RF Co-Ordination for the show. “There are added challenges, as each act expects the highest quality of service and equipment. This is brought together with the support of Sennheiser, which provided an array of equipment and two technicians on site to give a helping hand. I found the support of Sennheiser second to none; they supplied me with the tools to run a very tight and high-profile show to the highest of standards. It was great having Jack and Andy on site to bounce ideas off and help with problem solving any issues that came up. I am very much looking forward to working with them and Sennheiser again."

“Sennheiser’s history with the Brit Awards goes back a long way and it was a pleasure to be involved in the 15th year the company has supported the show,” adds Jack Drury. “It’s satisfying to see our equipment tested to extremes at a show as challenging as the Brit Awards and come out performing flawlessly! Congratulations to all the winners and the performers, but also to all the technical and production staff that make that show possible. We look forward to working with you again for year 16!”

“The show, as a whole, was a great success,” concludes Colin. “This was in no small part down to the support of Sennheiser.”