Sennheiser Performs through Fire and Rain 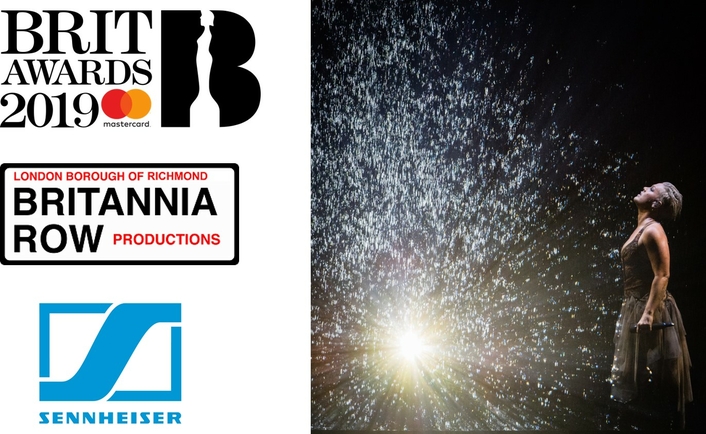 P!NK using a Sennheiser 6000 Series transmitter with a 9235 capsule for her performance

The 2019 BRIT Awards were once again supported by Sennheiser, with its mics and IEMs delivering on the UK’s biggest live music awards show.The audio package was supplied - for the 22nd year - by Britannia Row Productions, and the ceremony was held in late-February at London’s O2 Arena in celebration of the best in British and international pop music. Winners on the night included Ariana Grande, Ed Sheeran, Drake, Little Mix and Nicki Minaj.

As well as the show’s presenters, the evening also saw performances using a combination of Sennheiser products, including those from Hugh Jackman, Ms Banks and P!NK, who won the ‘Outstanding Contribution to Music’ award.

“On a show of this size, ease and continuity are very important,” says Colin Pink, long-time Sound Designer / BRITs Engineer. “For all the presenters and award winners, we used the Sennheiser 6000 Series Handhelds with ME 9005 capsules, the perfect choice when clarity and low handling noise are extremely important.”

P!NK’s much-deserved accolade was boosted by a highly anticipated closing set that lasted over 11 minutes. The production saw the US singer’s incredible vocal range transmit from

backstage through the arena’s thick, concrete walls, descend from the venue’s roof in a gymnastic gag, sound out through pyrotechnics and hit perfect notes during rainfall.

Colin continues: “P!NK sang seamlessly in the rain using her 6000 Series transmitter with 9235 capsule – a true testament to the quality of both the design and manufacturing standards at Sennheiser.”

“The 9235 capsule on the 9000 or 6000 Series is more than just my 'go to’ vocal mic, it has proven itself repeatedly with Cher, Adele and P!NK since the launch of digital transmission systems,” comments Dave Bracey, P!NK’s FOH Engineer. “Whether used with in-ears or on a loud stage, how the microphone deals with the inevitable spill is very important to me - a mic has to sound natural off-axis and the 9235 simply does. When I first started mixing, such excellent vocal detail was only achievable from high-end condenser mics for live events, so it’s nice to have a dynamic mic that delivers exactly what I need.” 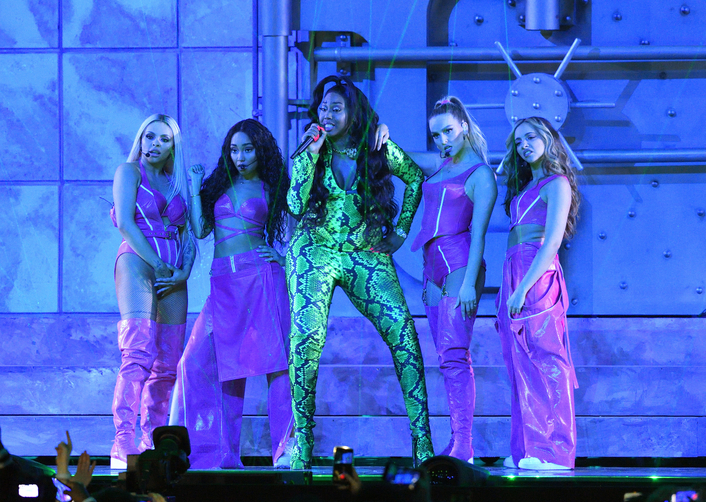 “We were back at The BRITs with two of our favourites; P!NK as a vocalist and the 9235 Sennheiser as a vocal mic. A quality match indeed,” adds monitor engineer, Jon Lewis. “Having to achieve a difficult RF task that day, it was great to have Sennheiser’s support at the ready to make us feel secure at critical moments. From her dressing room to high above the stage, we didn’t experience a single drop-out on her mic or her in-ears. As well as covering the distance, her 11-minute performance involved fire and, not only herself, but her mic and in-ears being drenched as well!”

The BRITs’ two monitor systems comprised 15 ways of 2000 Series IEM with over 80 packs.

Sennheiser also supported an industry newcomer, when rapper, Ms Banks, was a guest with Little Mix. Using an SKM 5200 with an MD 5235 capsule and 2000 Series IEMs, Ms Banks performed as part of the girl group’s ‘Woman Like Me’ routine, making her own debut on the prestigious platform.

Her engineer, Raphael Williams, says: “We decided to use the Sennheiser 5200 mic with the 5235 head as it has great clarity and good rejection from the crowd. Both Ms Banks and her management team were impressed. It was her first time on a stage of that size, and her first time at The BRITs, so having a good mic made her really comfortable. It all worked perfectly, but I know I had Sennheiser and Britannia Row’s support if needed.”

Britannia Row Director, Lez Dwight, discussing the rental company’s reassurance in using Sennheiser, says: “Their products are extremely reliable, and that’s the reason we use them on a show like The BRITs. There’s a lot of pressure and expectation because it’s both a live show in the traditional sense and going out live on TV. You’re dealing with various artists with different production designs happening straight after the other, and Sennheiser is a brand we know can handle that.

“When P!NK performed her rain scene, there wasn’t a single drop-out in the audio and that’s incredible. She’s an artist who always sings live, no matter what, and she can happily do that using Sennheiser. Plus, with Sennheiser’s Tim Sherratt on site for tech support and Pierre Morant for Artist Relations, their product support and dedication to this show is second to none.”