Arkells perform at the Juno Awards of 2015, singing through Sennheiser MD 431-IIs
Jacob Hoggard Hosts on a Sennheiser Wireless Mic, Arkells Scoop up ‘Group of the Year’ and ‘Best Rock Album of the Year’, and Sarah McLachlan wins for her new album Shine On

Sennheiser lit up the Juno Awards of 2015 with pristine and reliable audio, held at the FirstOntario Centre in Hamilton earlier this month. The Juno Awards, which have existed since 1970 and represent the pinnacle of Canadian recognition for technical and artistic achievement in music, were broadcast on CTV Television Network and hosted by Jacob Hoggard, lead singer of pop-rock group Hedley. Hedley are regular users of Sennheiser products, and were honored with three nominations including ‘Album of the Year’ for Wild Life.

The broadcast reached 1.6 million viewers in Canada and presented a staggering array of talent, featuring live performances and awards in a broad range of genres. Sennheiser was well represented both onstage and off, with Hoggard relying on a Sennheiser SKM 2000 handheld transmitter and MMD 935 capsule for the duration of the ceremony – including for his live vocal performances with Hedley.

Other Sennheiser users that were recognized during the evening included The Weeknd, which picked up ‘Artist of the Year’ and ‘R&B/Soul Recording of the Year’. Singer Abel Tesfaye treated the live and broadcast audiences with a rousing rendition of hit Earned It from the blockbuster movie Fifty Shades of Grey, captured in immaculate detail through his customized, grey camouflage Sennheiser SKM 5200 which was coupled with an MD 5235 capsule. 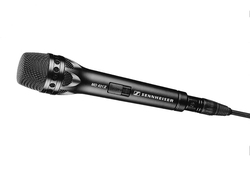 Arkells: Bringing It Home with Sennheiser
Hailing from Hamilton, Arkells gave a heartfelt performance of Come to Light off the High Noon album, complete with a 16-piece orchestra and all vocals running through Sennheiser MD 431-II dynamic microphones. During an emotionally moving evening, the hometown favorite also picked up coveted JUNOs including ‘Rock Album of the Year’ for High Noon and ‘Group of the Year’ – their second such award in four years.

Arkells’ FOH engineer and tour manager, Dave Gardner, is a Sennheiser fan and passionate about the MD 431-II as his ‘go-to’ live vocal microphone – both on tour and in live award broadcasts. “As soon as I tried the MD 431-II I fell in love with it,” he says. “The feedback rejection is exceptional. I can get Max’s [Kerman, lead vocalist] microphone louder than I’ve gotten any other microphone – then I can swing the microphone around and point it directly at the monitor and it doesn’t even make a chirp.”

In addition to relying on tried and true Sennheiser MD 431-IIs, Gardner also used a Sennheiser 300 IEM G3 system for wireless monitoring and an assortment of Sennheiser and Neumann microphones for drums and backline – including Sennheiser MK 4 large-diaphragm microphones: “I find these work very nicely as drum overheads,” he explains. “They don’t add anything I don’t want, and they don’t take anything away. Some of the other large condenser microphones tend to add coloration that is not necessarily desirable – the MK 4 is very balanced.”

A Winning Pedigree of Tools and Artistry
International music icon Sarah McLachlan came through this year for Canadian fans with a big win on Shine On, her new album that was recognized with ‘Adult Contemporary Album of the Year’. McLachlan, a longtime Sennheiser user, is currently on tour with her Neumann KMS 105 and Sennheiser e 935 dynamic microphones. 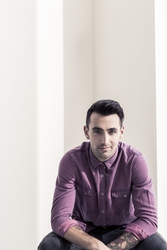 “Using Sennheiser has proven to be an integral part of Sarah’s show,” says Alex Fedrizzi, systems tech, Sarah McLachlan, Solotech, who works alongside monitor engineer David Retson. “We work towards being as consistent as possible in order to produce the best possible show every night. The reliability and sonic quality of Sennheiser is a big part of achieving that goal. We are currently carrying a combination of Sennheiser wired microphones, RF handheld systems and wireless in-ear monitor systems, specifically the 2050 transmitters with A 5000-CP antennas, and we have been extremely pleased with the results.”

From Mark Vreeken’s perch as main mix engineer of the Juno Awards of 2015, the key to delivering a great show is ensuring first-rate audio quality and dependability. “There are many variables in a live TV show, and Sennheiser microphones and wireless systems help bring predictability,” he says. “For example, a lot of bands like to change their approach to these kinds of award shows by adding different elements such as orchestras or choirs which makes it interesting.”

“Arkells added a 16-piece orchestra that sounded huge, and Hedley added 12 drummers to their lineup,” he continues. “Whatever the artists want to achieve creatively on shows such as this, we need to ensure the best possible audio results. The biggest reward is having a fantastic sounding show in the arena and on-air. To that end, the Sennheiser microphones and wireless systems are extremely dependable and sound great!”

Each year, the Juno Awards feature a broad brush of both veteran musicians – such as Sarah McLachlan – and relatively recent artists such as Arkells, which are rocketing towards international prominence. Gardner says that Sennheiser has been there to support Canadian artists at every step of the way – no matter what level they are at in their musical journey: “Sennheiser, including our contact Chris Isaac, has done a great job of supporting not only established artists, but also up and coming, mid-level bands that you may not have heard of – but that you’ll know in the future.”