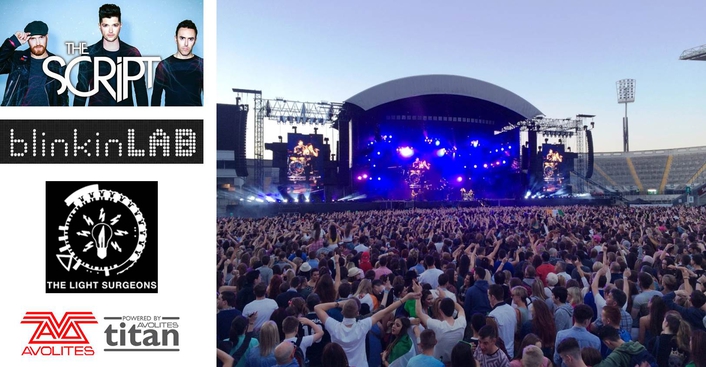 The Script performed in front of a jam packed crowd of over 80,000 people at Croke Park in June, for their biggest show of the year. Mirrad's Jamie Thompson and Dave Cohen made full use of Avolites Titan range, with two Sapphire Touch consoles, two Tiger Touch II consoles, a Quartz, four Titan Net Processors, and ART2000 dimmers.

The show was absolutely bursting with energy, and as the sun set, the captivating lighting and visual show took over, with Thompson using the Sapphire Touch consoles as main and back-up to control the main rig of fixtures including Super Sharpys and Mythos and B Eye K20s from Clay Paky, PRG Best Boys, and GLP Impression X4S fixtures. 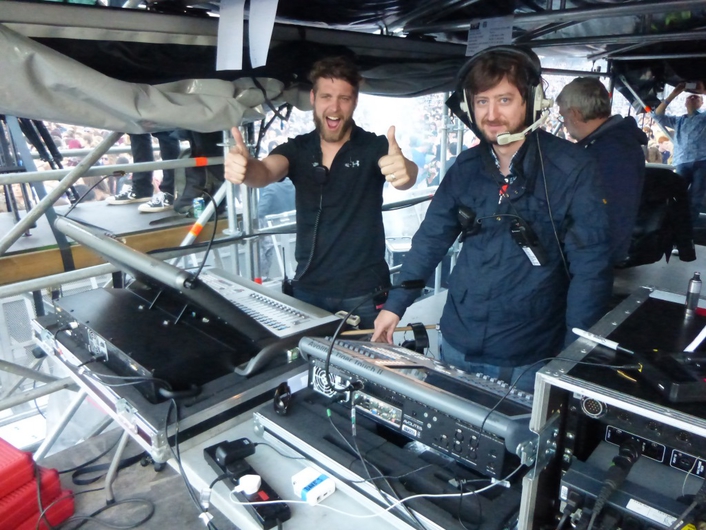 "The Sapphire is a great control surface," says Thompson. "It offers quick access to everything and thanks to the large dual screens it is easy to program and view all of your palettes. I love to use Titan because of its reliability, especially in networking and for its exceptional work flow."

Jeff Brown, who has been programming and operating the video for the Script's world tour used his expertise to power the stunning visual content, created by Tom Wall of blinkinLAB and Light Surgeons, to a huge LED wall, using two Avolites Ai S8 media servers and four EX4s. 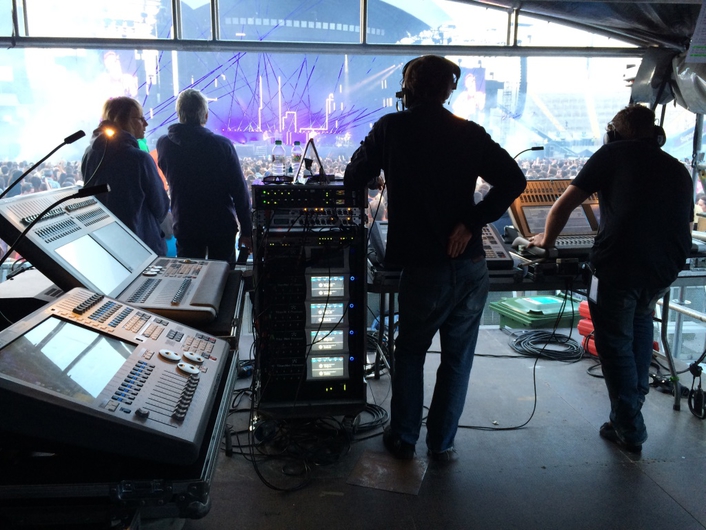 Jeff Brown, who has been programming and operating the video for the Script's world tour used his expertise to power the stunning visual content, created by Tom Wall of blinkinLAB and Light Surgeons, to a huge LED wall, using two Avolites Ai S8 media servers and four EX4s.

"Ai really showed off its powerful software and hardware combination on this show," says Brown. "We ran all of the camera signals from the switcher through the Ai so that we could use the entire LED wall as a surface for content. The parts of the LED wall that are traditionally thought of as I-Mag screens were included into our content. We were able to send graphics over the entire 3168x768 resolution of the screen."

"We had some specific requirements for the show, which needed special tools. After getting in touch with Avolites, these were made possible!" Brown continues. Avolites' Arran Rothwell-Eyre developed a patch for Ai to send out camera signals as PIPs to various parts of the wall. "This kept everything in sync and the frame delay was minimal. I believe that patch alone saved me several hours of programming time."

"Having used Ai as the media server for The Script's last two tours, it has been exciting to watch the development and evolution of the Ai software. I really believe that the Ai team is heading in a direction that can change the way we do these sorts of shows," Brown concludes. 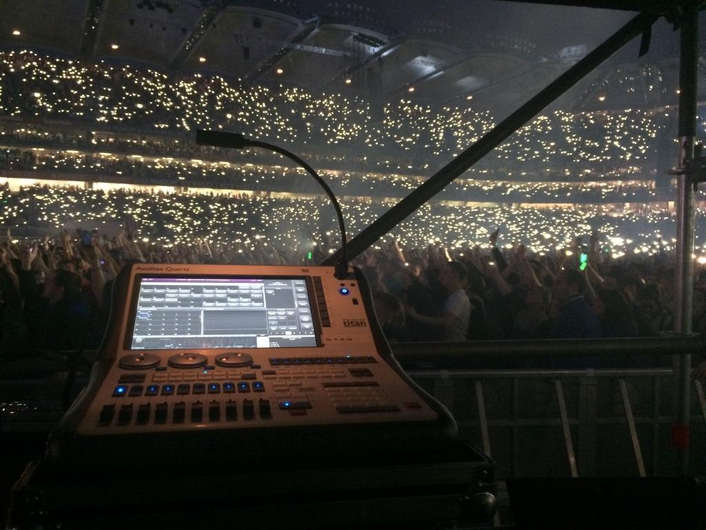 The Avolites consoles and servers were connected via four Avolites Titan Net Processors, running 32 universes. Avolites ART2000 dimmers were on stage for all the generic fixtures, including all the blinders and key lights.