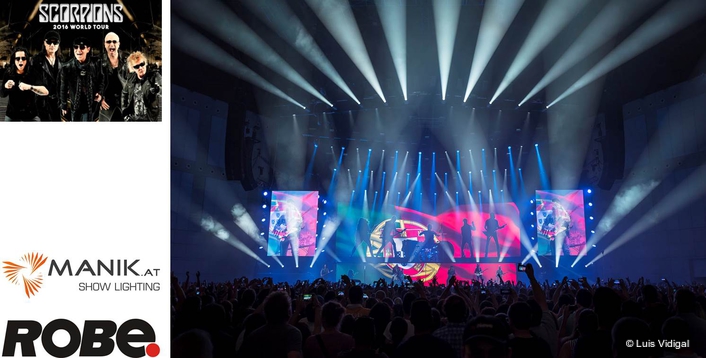 German rock legends The Scorpions celebrate 50 glorious years of being ultimate heroes of heavy metal. 2015 actually marked the anniversary of their formation … BUT. .. Insatiable public demand and a band that clearly love the buzz and drama of hard rocking live performance … have simply not stopped touring!

Associate LD and lighting operator Manfred Nikitser from MANIK Show Lighting, Vienna, is running the lighting for the current touring schedule together with Rainer Becker. The summer shows are a mix of festival and own-headliners, 90% of the time using local productions matched as closely as possible to their generic spec.

Robe’s BMFL Spots are among a number of primary moving light fixtures on the rider that Manfred is happy to accept from local vendors.

The biggest challenge of the current leg of the tour - with all the lighting, rigging and LED provided locally -  is the need for good pre-production and advancing to still make a show happen in countries with radically different and varying standards.

At a recent show in Lisbon, Portugal, 32 x BMFL Spots, 18 x BMFL Blades and eight Pointes were supplied by rental company Audiomatrix, also based in Lisbon.

The lighting and video design being used for these summer shows is simplified from the original production tour, however, it still contains some substantial video elements, and a trim of around 10 metres! So when it came to spec’ing the fixtures, he wanted discharge lamps and needed units with some serious power to register against the LED and also offer the warmth and beam shape of a discharge lamp to make those sumptuous classic ‘big rock show’ looks that are an essential part of the aesthetic.

The BMFL Spot is on his spec list for several reasons. 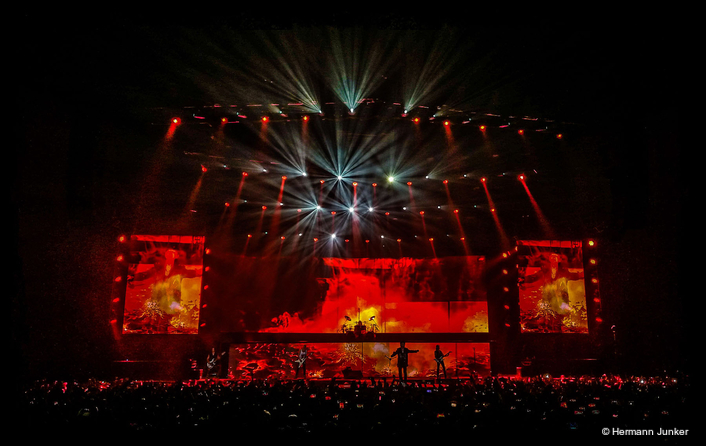 “The overall speed of all features is very impressive, and the zoom of the spot is just stunning”! When the BMFL WashBeam was launched, Manfred reckons it was a case of “finally the first real Hybrid on the market and I am convinced this fixture really improves the creativity and possibilities of designs”.

For the show at Lisbon MEO Arena, he was offered several different moving light combinations, and chose the BMFL series as the “best option”. 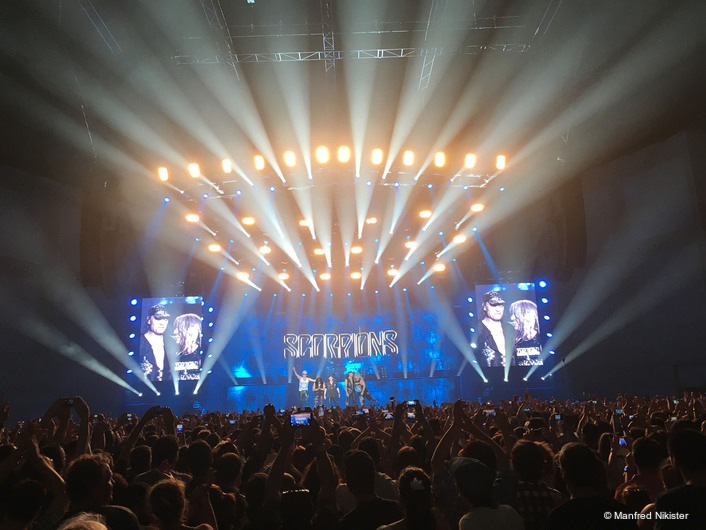 The standard spec – on the current tour - is for 50 x BMFL Spots, but in Lisbon they were offered a mix of Blades and Spots. Manfred was pleasantly surprised – unlike his experiences with some other brands – that the BMFL Blade has all the essential rock-show parameters that he knows and loves like the beam, zoom and key gobos, so he could still create the same looks even though he was using the two types of BMFL!

The BMFLs were programmed to create the Lisbon show’s powerful beam and effects looks, with two for key light on the drummer. 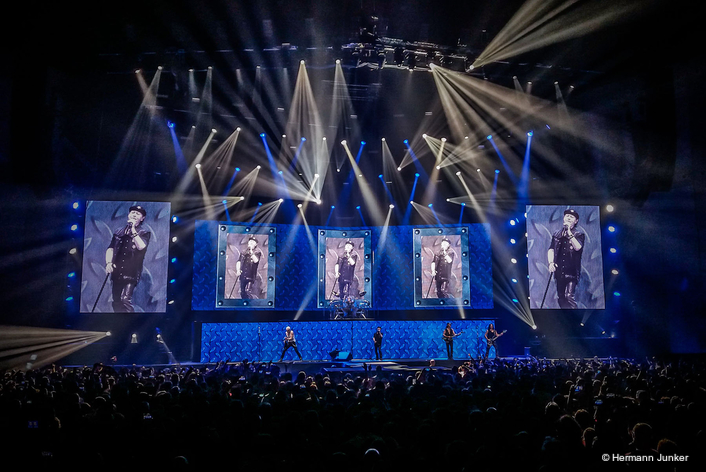 “The output, the zoom and the speed of all the features are just stunning. It is like all the physical rules of moving lights are broken!” states Manfred.

He also likes the BMFL WashBeam, which he feels is something totally new with an incredible zoom range, razor sharp gobos and a classical fresnel style wash beam – all in one fixture.

Speaking about the Robe brand generally, he sees it among the top three worldwide -“growing and improving constantly and always coming out with some surprises”. 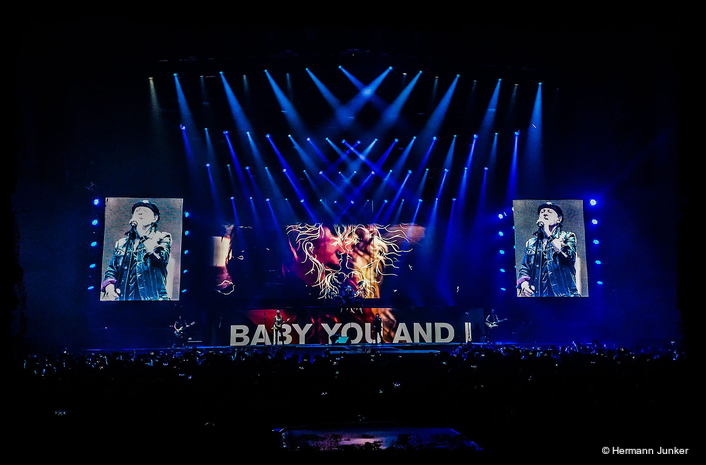 Manfred Nikitser became fascinated by lighting aged 15 at his first concert and decided to pursue a career in the entertainment / lighting industry. He finished his degree as a computer engineer and founded MANIK the next day. Since then he’s  worked with many Austrian acts, on numerous festivals as the local production LD and on different tours in the German speaking regions with artists like ”Die Seer“ and “EAV“.

He started working with the Scorpions a year ago at the beginning of the 50th anniversary tour in April 2015 – originally as video programmer working alongside show designer Günter Jäckle, before taking on the associate LD and lighting director role a couple of months later.