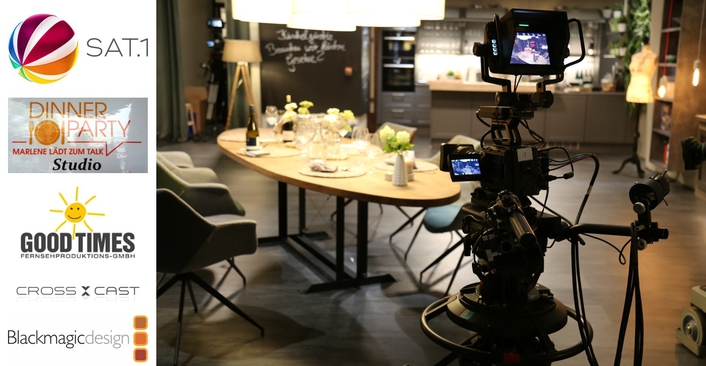 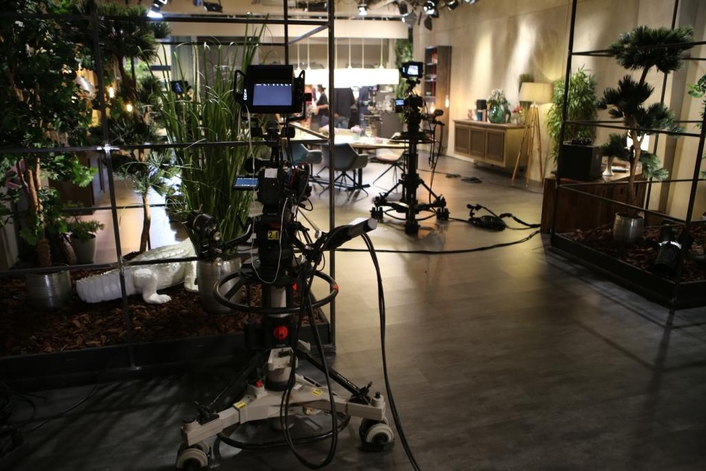 “We required a versatile camera package that would allow us to break the mold and produce a show with a unique visual identity,” begins CROSSCAST CEO Jens Wolf. “The URSA Mini Pro combined the best of both worlds. Not only did it offer a significantly higher dynamic range over traditional broadcast solutions but we are also able to retain better management over the color pipeline through the use of LUTs.”

Mounted on a studio pedestal and paired with a URSA Studio Viewfinder and HD B4 lens from Canon or Fujinon, each camera channel has full talkback and tally capabilities. CROSSCAST has also developed a bespoke OCP using Blackmagic’s 3G-SDI Arduino Shield and the ATEM SDK to provide remote camera control solution for color shading.

Relying upon optical fiber each camera channel is routed via a Smart Videohub 20x20 for vision mixing on an ATEM 2 M/E Production Studio 4K switcher. A return PGM feed is then sent back to each operators camera position. Also, timecode generators are attached to each camera to help with matching the ISO recording in post production while a rack of HyperDeck Studio Pro broadcast decks records the PGM, PGM safety and clean feeds. 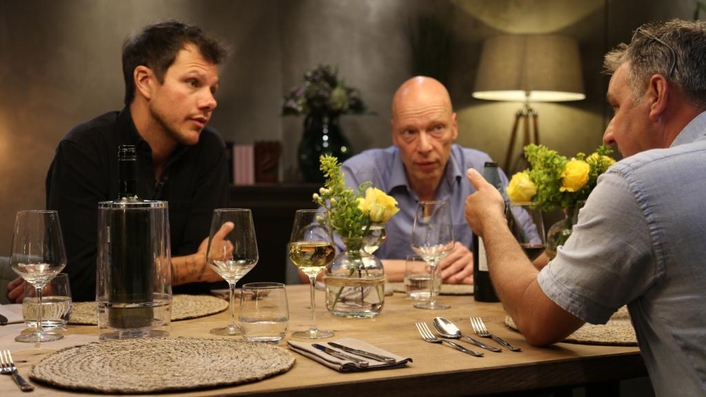 Captured in 1080p25 the live on-air recording is subsequently reviewed, and the warm filmic aesthetic crafted on set is then enhanced using a 3D LUT, created with DaVinci Resolve. The production team then re-edits the show following transmission (TX) into a daily 48-minute package that is made available on their YouTube channel allowing viewers to catch up on demand. 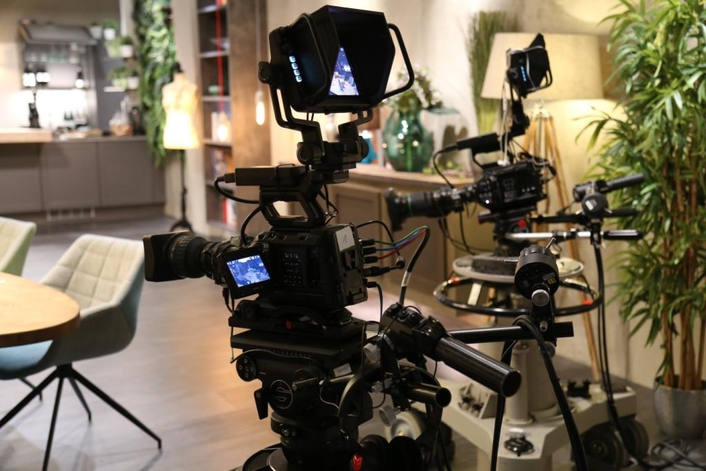 “Blackmagic Design has been the core of our live switching setup for many years now,” explains Wolf. “Not only has it allowed us to achieve broadcast standards at a fraction of the cost, but it also provides the flexibility we need to handle a variety of traditional OB and studio based work.”

He concludes: “Being able to take that a step further and incorporate Blackmagic’s URSA Mini Pro as our chosen solution for acquisition purpose was a natural next step. Not only does it future proof our production capabilities, but it also delivers a very distinct, and unique output that looks great on television. That was especially important for our client.”

Crosscast is a German broadcast company and develops unique workflows for high quality but cost efficient live TV productions named ‘cinematic broadcast workflow’. Its very own products like Blackmagic Camera OCP are available for purchase and CROSSCAST experts provide their knowledge and experience as consultants at your service to support broadcasters and production companies to build complex production environments using Blackmagic products 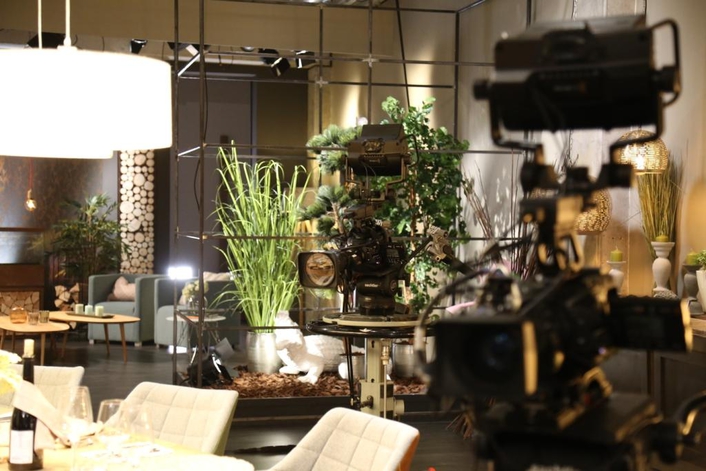