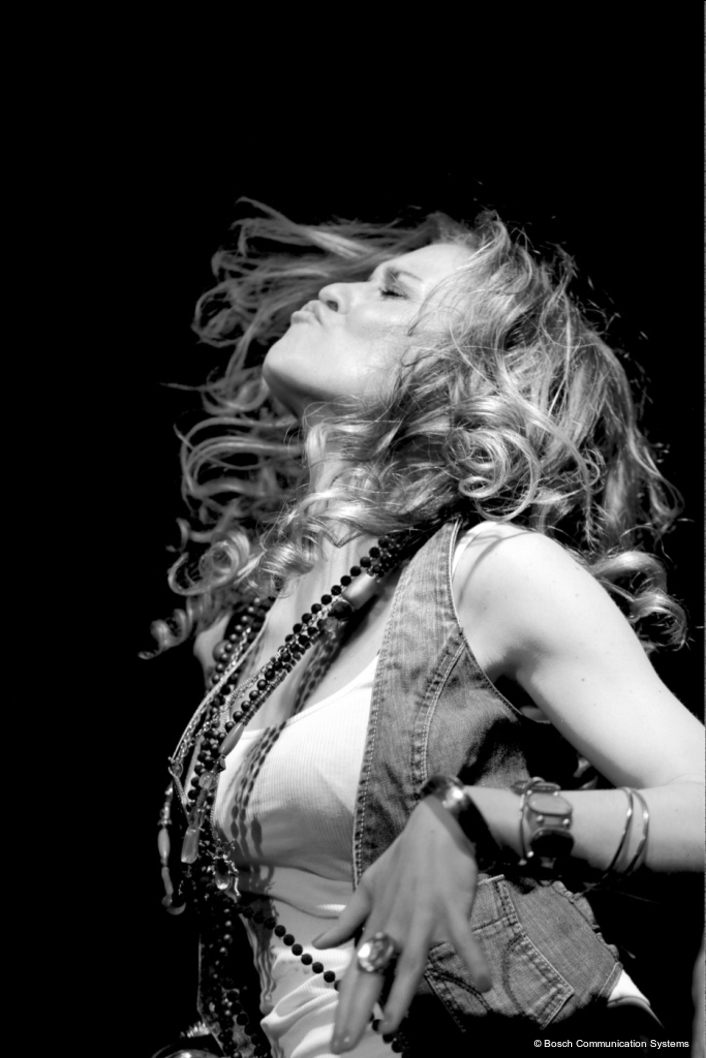 • Young, good-looking and highly talented – Berlin-based Saint Lu is on the verge of a major breakthrough
• Her powerful mixture of rock and blues evokes at once memories of Jimi Hendrix, Led Zeppelin and Janis Joplin
• The producer of her debut album is multiple ECHO winner Patrik Majer (Wir sind Helden)
• Saint Lu and her backing group use Electro-Voice microphones

You don’t need second sight to see that Saint Lu has a great future ahead of her. The omens, after all, are perfect: the Austrian-born blonde, who’s been living in Berlin now for several years, has the voice, the talent and the discipline to make it big in the music business. What’s more, together with her multiple ECHO award winning producer Patrik Majer (Wir sind Helden) and the elite of German session musicians (including Peter Weihe), Saint Lu has already developed a distinctive style: music that is at the same time close to the roots of rock music and contemporary. It’s a mixture that sells: her debut album went overnight from nowhere to number 2 in the German Newcomer charts. In April, the high-flier is setting off on an extended tour (for dates, see www.saintlu.com) – packing microphones from Electro-Voice.

“Even as a twelve-year-old, I was always listening to my older sister’s music,” remembers Saint Lu. “For me, it’s never been anything but rock.” It’s an affinity you can hear. In addition to musical godfathers such as Jimi Hendrix and Led Zeppelin, her expressive voice reminds you of Big Mama Thornton, Anastasia and Janis Joplin. The concert magazine Event in its latest issue is categorical: “This is a singer with the wherewithal to create an absolute furor in the music business – and by that we mean internationally.”

To show her dynamic, powerful and multifaceted vocal style to best advantage in live performance, Saint Lu uses microphones from Electro-Voice. Comments Franz Menke, Sales Manager EV Microphones EMEA: “We are certain that Saint Lu is going to make it big, and we’re proud to be in a position to contribute to that success.”

Her backing musicians are touring with the following microphones