SAGA on Tour with Electro-Voice 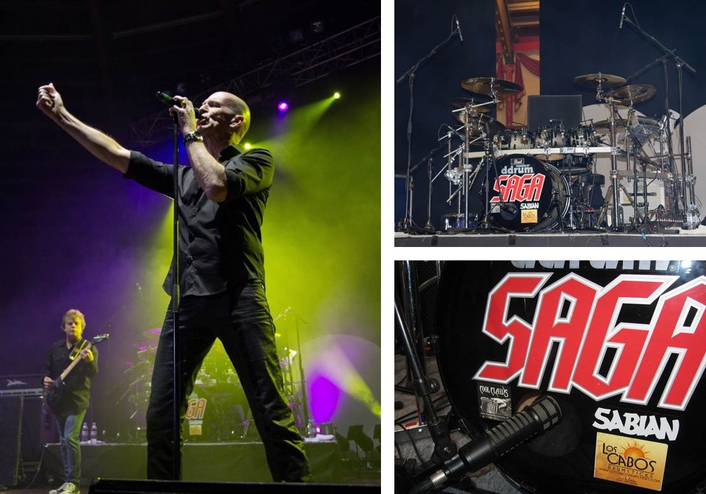 Neo-prog rock legends convince with an excellent live show - Clubs and halls sold out throughout Europe
The neo-progressive rock group SAGA was at the height of its popularity in the Eighties, and it seemed when front man Michael Sadler quit the band four years ago that another great Canadian institution had come to an end. But now Sadler's back, and success has returned with him; SAGA has just completed an extensive European tour received enthusiastically by fans and critics alike.

To ensure the voice of the charismatic singer would be reproduced with maximum fidelity and vigor on his return, the band turned to Electro-Voice. Sadler's performing style, which makes use of the entire stage, meant that a wireless microphone system was the only viable solution. After a number of tests and comparisons, the band opted for an REV system from Electro-Voice with a hand-held microphone equipped with an N/D767a capsule. Monitor engineer Chris Kostyra, who's been freelancing for a variety of artists for 15 years, explains: "Michael Sadler moves about on stage a great deal, as well as having two static positions: one at the front of the stage and the other behind the keyboard. He also plays bass from time to time. Since the bass guitars alone call for two transmitters, it would have been utterly chaotic if he'd had to use cables!"

The supercardioid pick-up pattern of the N/D767a, in Kostyra's opinion, is perfect for Sadler, firstly because his natural register is in the upper midrange, and secondly because he sings with tremendous power. The N/D767a fits the bill on both counts, with its directional response and excellent off-axis rejection ensuring an impressive amount of presence to the signal. 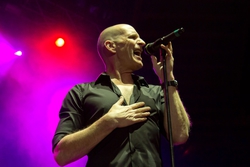 The bass drum contributes some of the boldest brushstrokes to the sonic image of most rock bands. During the recently completed SAGA tour, an Electro-Voice RE320 microphone did the honors here, combining power and warmth in its rendering of drummer Brian Doerner's driving underlay. "You don't have to do a lot with this microphone," says Winnie Pulst, the FOH man on the SAGA tour. "It has a lovely fat sound right out of the box. And unlike the case with most other bass drum microphones, you hardly need to touch the EQ." The advantages of the RE320 are also heard clearly in the monitor mix. Something Chris Kostyra has learned from his long experience here is that the decay time of a microphone in the sub bass frequency range is the critical factor: "With many bass drum microphones," he explains, "the decay time in the footfall [sub-bass] frequency range is really long, which results in a loud boom.

If you then have a large PA with a lot of subs, you have to go so heavy on the low cut to eliminate it that what you're left with in terms of usable signal is none too pretty at all." For Kostyra, that's entirely the wrong approach. "I prefer a microphone with a short delay, such as the RE320," he says, adding: "The signal it delivers is dry, really full, and doesn't waver. It sounds concrete – and that makes it altogether more manageable."

Electro-Voice at the Sonnenrot Festival 2010
World stars together with...zz on the Danube festival
Electro-Voice Brings Big Sound to the Big Top