Sabaton Storms Ahead With Sennheiser

.
Swedish heavy metal act Sabaton are currently preparing to head stateside in April to join two other bands – American metallers Iced Earth and the Dutch metal band Revamp – for the Worldwide Plagues tour which takes them to all four corners of the US and Canada. Sabaton will be using the tour to support their latest DVD, Swedish Empire Live. Filmed in front of 60,000+ enthusiastic fans at their headlining festival appearance at Poland’s Woodstock festival, Swedish Empire Live captures the band’s high-energy live stage show celebrating the triumph of the human spirit. Sabaton, who perform with a full complement of Sennheiser microphones and wireless systems, will be returning to European soil at the end of May where they will be headlining at some of Europe’s biggest heavy metal festivals.

Formed in 1999, in Falun, Sweden, the band’s massive popularity has remained unscathed even though many of the original members have chosen different directions. Band spokesman and bassist Pär Sundström and lead singer Joakim Brodén, whose distinctive vocals have characterised the Sabaton sound from the very beginning, remain at the core of the new line-up announced in April 2012.

When it comes to choice of equipment, microphones are a subject close to the band’s heart (not to mention vocal chords…). Sabaton uses Sennheiser microphones throughout, and for good reason according to monitor engineer Otto Kroymann. “Joakim Brodén, our lead singer, has such a wide dynamic range that we have had real problems finding a suitable microphone,” he explained. “However, when we had the chance to test the Sennheiser SKM 2000 wireless system combined with the MMD 945 capsule, we knew that our search was over. The microphone is really well suited to Joakim’s dynamic range and the sonic quality is exactly what both engineers – me on monitors and Elvis [Elfstrom] at FoH – were looking for.”

Brodén himself is very happy with the results. “I liked the feel of it from the start,” he said. “It has just the right balance for my style.” He uses a total of three handheld SKM 2000 / MMD 945 systems during the show as they have to be changed regularly to keep them dry. 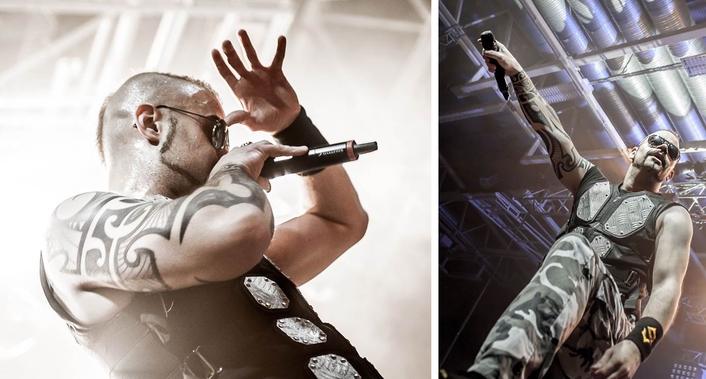 As a result of this positive experience, it was decided to switch the rest of the band over to Sennheiser vocal microphones as well. “The audio quality and tone were just perfect for the whole show,” reported Kroymann. “In fact, we are also using the SK 2000 beltpack transmitters for our guitars and bass in combination with the SKM 2000/MMD 945 microphones – this was a solid choice for us from an audio point of view and also meant that we could benefit from the integrated antenna combiner of the EM 2050 and reduce the problems we had previously with RF interference.”

From here it was a logical step to move the drummer over to Sennheiser as well. “Personally, I always liked the evolution 900 Series for drums, so it was an easy choice to switch to Sennheiser for our drum kit. Once again it has been proven throughout countless shows that the high-quality sound and robust build of these mics make them a great choice for us. All in all, the entire Sennheiser package that we are using for Sabaton is working really well for our shows.”

However, Kroymann was quick to note that the sonic side of the deal is only part of the story. “In the touring industry, a lot can depend on the personal relationship with a company such as Sennheiser,” he noted. “It’s important to have the security and the peace of mind that comes from knowing that help is never far away should you need it. Sennheiser has given this peace of mind every step of the way. It’s a very good feeling to work with a company that is both willing and able to go the extra mile for us.”

Sabaton built their reputation by singing almost exclusively about historical wars and battles, a decision that was triggered after seeing the 1999 Academy Award-winning film, ‘Saving Private Ryan’. “For us it means a lot more to write about actual historical events than to make up stories,” says Pär Sundström. Topics are thoroughly researched to ensure the songs paint accurate and objective portraits of the historical event in question. Sabaton host their own three-day festival, Sabaton Open Air, in their home town of Falun during the summer, and have recently returned from their fourth annual Sabaton Cruise on the Baltic Sea, an event which sold out this year in less than a week! 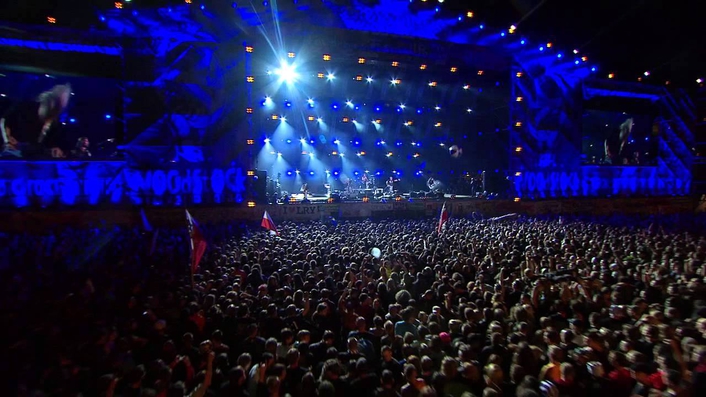