United charged with responsibility for recording Miley Cyrus concerts
Miley Cyrus is without doubt one of the biggest stars around at the moment. The 22-year-old singer has already sold over 15 million discs and in 2013 was the most successful female artist in the world. With her latest album, Bangerz, which has gone gold and platinum worldwide, Miley Cyrus toured Europe in 2014. The former actress, erstwhile star of the hit TV series Hanna Montana, sold out halls in over 24 European cities.

To capture these performances for posterity, two complete shows were recorded in HD resolution. It is planned to release the highlights of the two concerts on DVD. Against this background, there could be no doubts as to the magnitude of the demands placed on the production crew: everything was expected to run like clockwork and video and sound of the highest possible quality delivered. To guarantee that this was the case, the Dutch broadcasting specialists United were entrusted with the production. “We remained several days with the tour,” records Bolke Burnaby Lautier, Manager Operations with United, “initially in Barcelona and two days later in Lisbon.” And in both cities, one of the world’s most successful broadcast service provider deployed the flagship of its outside broadcasting fleet: the HD-capable OB14. 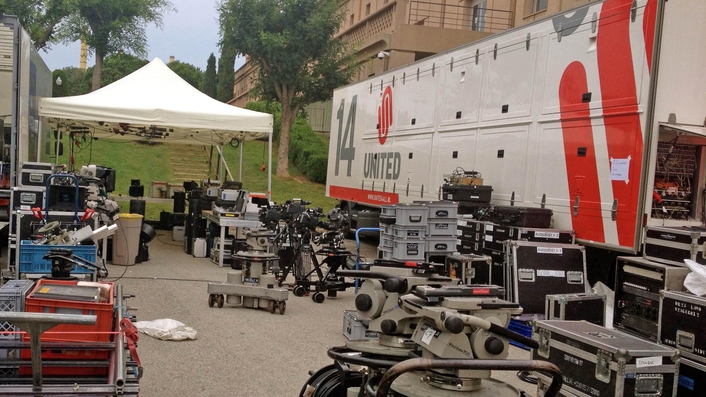 United secured communications for the recording of both concerts using equipment from RTS. This was an elaborate and demanding task, for, as Lautier explains: “All the cameras employed were operated by at least two, and sometimes as many as five, cameramen. Each of these had to be capable of communicating with each of the others as well as with the director and the rest of the staff.” Three people were responsible for the intercom system – not only for setting it up but also for testing it, to ensure the demands of every member of the crew were met. “Of these,” adds Lautier wryly, “there were a great number, but we satisfied them nonetheless.” 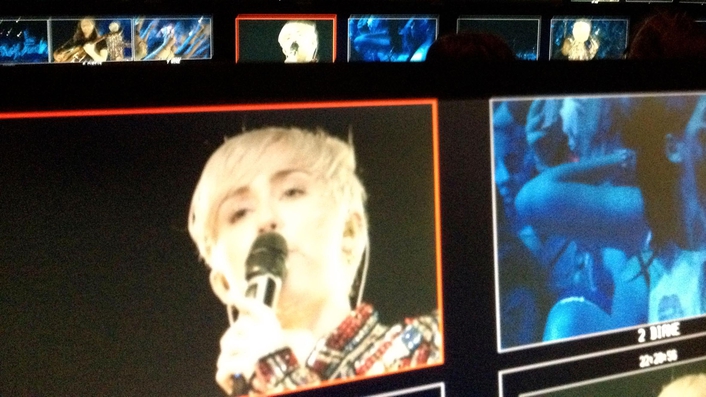 The outstandingly well-equipped OB14 made a decisive contribution to the success of the production. The nerve centre of the communications system comprised an RTS Advanced Digital Audio Matrix (ADAM) in a 144 x 144 configuration with 31 keypanels from RTS’s colour-display series (KP-32 CLD and KP-12 CLD). Six 2W/4W digital hybrid interfaces from RTS as well as fifteen RTS TW BP-325 dual-channel belt packs rounded off the communications equipment on board the 16.5-metre-long, high-end control room on wheels. Fibre-optic cables were used to integrate the cameramen and their RTS belt packs into the communications network.

“One of the great advantages of RTS equipment,” says Lautier, “is its uncomplicated handling, as both customers and the sound engineers themselves have to be able to find their feet with the system right away. Certain risks attach to very large and powerful systems. People often forget how quickly they can become over-complex. The beauty of the system offered by RTS, on the other hand, is not only that it is practice-tested but also that it is easy for the crew to operate. For something as demanding as the Miley Cyrus production, therefore, it was absolutely perfect.”