The show’s cash prize is half a million euros—at MMC studio 32, the players did not simply play FOR this prize money, but played the game WITH the real cash. The players of the team from Koblenz were Björn (30), Tanja (30), Sandra (42), and Salvatore (29). They were given half a million euros cash on the nail at the beginning of the show. The goal was to get as much of the money as possible to the respective finish area during the seven action-packed rounds of the game.

The main rule of each round was: Don’t let it drop! Each bundle of money that hit the floor during the game was irrevocably lost. In the big final round, called "Cash Rain", the remaining bank notes were whirled through the studio. In the end, the players succeeded in catching bank notes in the amount of 43,045 euros and taking this cash prize home.

Respectable Launch
On March 1st, from 9:15 PM onwards, the new RTL game show attracted 14.0 percent of the 14 to 59-year-olds and was the day’s winner in market share. This action-packed, exciting, and entertaining game show was watched by an average of 3.4 million viewers, aged 3 years plus (= market share of 11.6%). 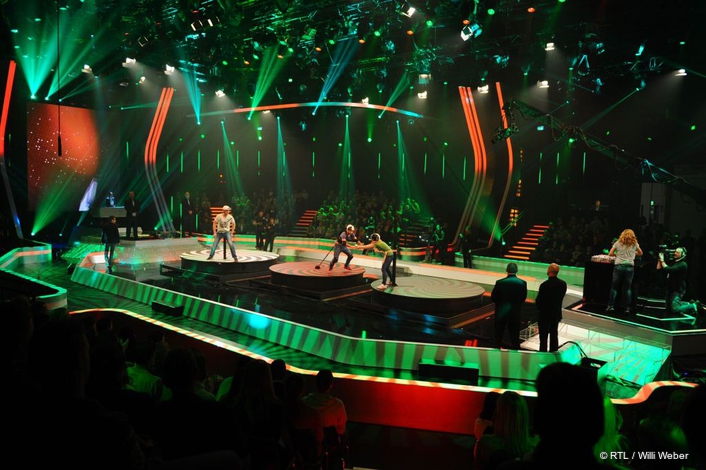 "Cash Crash" at MMC Studio 32: Here, the players had to get as much money as possible to the finish area

Production
The game show "Cash Crash" was developed from the ground up by Shine Germany, on behalf of RTL, and was produced at the MMC studios in Cologne-Ossendorf.

A total of 14 cameras were used for the HD-production at MMC studio 32, which was directed by Mark Achterberg.

The video signals were mixed on a GVG Kayenne XL (3.5 M/E) at MMC’s HD control room 11. The playbacks were carried out via three channels on a Grass Valley Summit Server. One EVS XT2 was used for the highlight editing and the Super SloMo. For the recording, four Sony XDCam VTRs and eight Summit Server channels were available.

During the show, the content was transferred via the Summit Server and the internal MMC network to MMC’s central production server (EditShare) for post-production. It was edited at a HP Z800 workstation equipped with the Avid Media Composer 6.0.3 software. 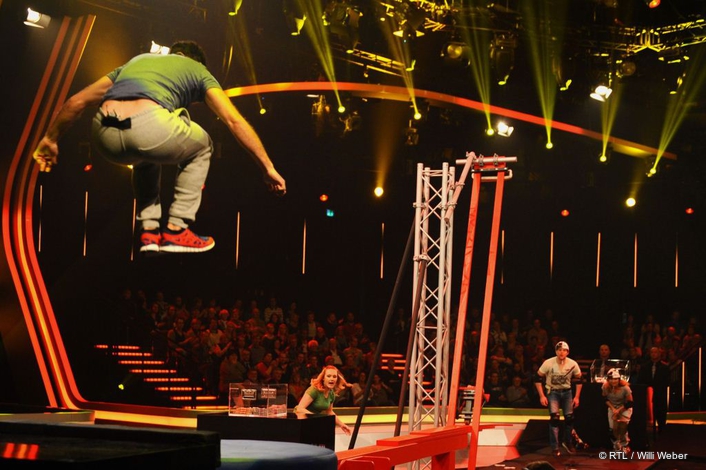 MMC’s Art Department was in charge of the set construction for "Cash Crash" (based on a design by Wieder Design), and the implementation of the games. The tasks included set construction and decoration, game design and development, technical preparation and implementation, kinetics and safety technology, among others.