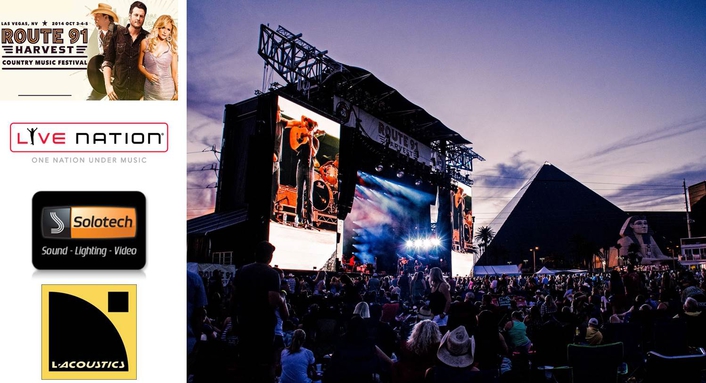 Route 91 Harvest was a big show, but true to Las Vegas’ larger-than-life philosophy, it was only one of four huge music fests held there within a single month’s time. The iHeart Radio festival (September 21) saw pop stars Iggy Azalea, Neon Trees, 5 Seconds of Summer and Fences take the stage; on September 27 the first iteration of the Boulevard Brew Fest brought rockers Kings of Leon, Young the Giant and Kongos to town; and the Wine Amplified festival (October 10-11) was headlined by Train and Blink 182. 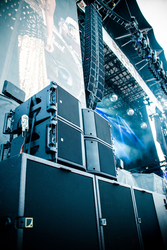 Las Vegas witnessed a truly diverse month, musically speaking, but what all of these festivals had in common was great sound through an L-ACOUSTICS K1/K2 system supplied by Solotech Las Vegas. This choice further underscores the fact that L-ACOUSTICS is now recognized as the global leader chosen by six out of the ten world’s top-grossing music festivals.

“We went from heavy rock to pop to hip-hop to country from one weekend to the next; it was very different genres of music, one right after the other,” recalls Solotech Executive Vice President for International Business Development François Leroux. “We chose the L-ACOUSTICS system because it was the best one to handle all of the different types of music and the needs of a wide range of FOH engineers.”

Elaborating on that point, Leroux notes that in addition to the distinctive differences in the musical styles between country, rock and pop, each genre has its own mixing and system needs, from extra bass to extremely high lyrical intelligibility. “The different expectations of each engineer can vary, and a number of them had never worked on the K1 before,” he explains. “We were able to build a sound system that provided all of the power and sound quality that each type of music demanded, but also, through L-ACOUSTICS’ software and working with our own system engineers Pat Lavoie and Fred Cantin, we were able to adjust the operation of the system to meet the individual needs of each of their mixers. In that way, the L-ACOUSTICS system is extremely flexible. We were able to adapt the system to make it respond the way each of them needed it to.” 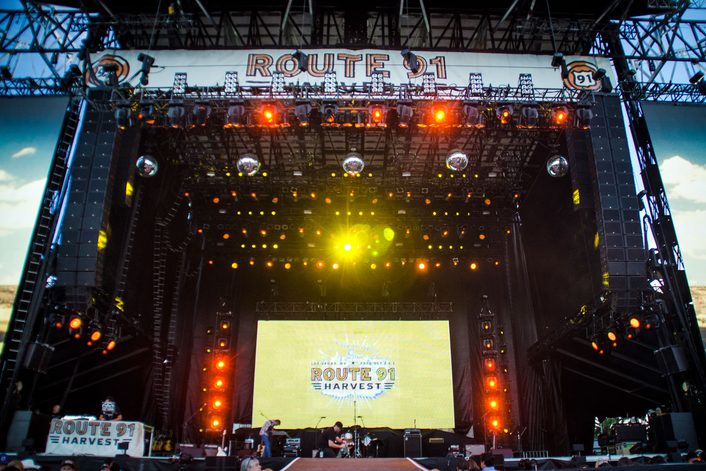 Leroux is a fan of the K1, which he likens to a Formula 1 car because of its combination of massive power and elegant operational sophistication. “Some other PA systems are more like Indy cars,” he says. “Powerful, yes, but not as sophisticated. The L-ACOUSTICS system was able to give each engineer the approach they wanted to use, from more aggressive for rock to a softer approach for some of the pop artists.”

Leroux sees the K1 as a benchmark for live-sound technology, and the K2 as a logical extension of it, retaining the power, adding in flexibility with up to 10-degree inter-element angles, while also shedding some weight that makes for easier rigging. This, he says, made using a combination of the two products the perfect choice for a complex series of shows like this that jumped from genre to genre and had diverse technical requirements, adding, “It’s pretty amazing to have a single PA system handle all of this music, but that’s exactly what we were able to do.” 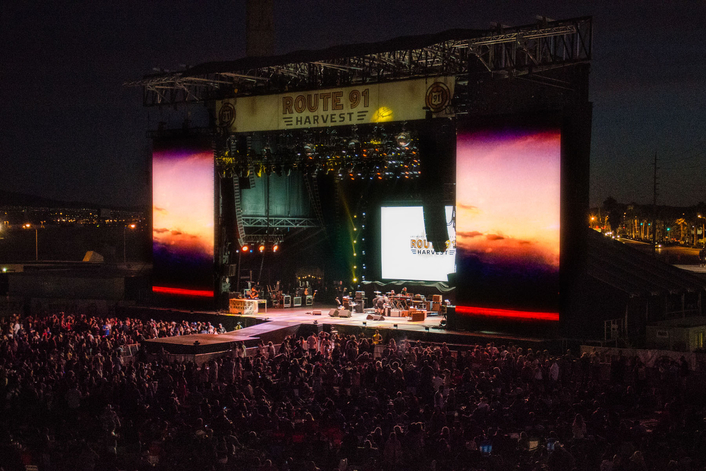