Hugh Grew preparing for the awards

The Academy of Country Music (ACM) Awards are held live in Nashville, but the spiritual home of country music looks a little different in 2020, and the awards have also taken on a different complexion to reflect the ongoing pandemic. While the awards ceremony took place live last night in Nashville (8pm EST on CBS / CBS All Access), some of the broadcast was being coordinated two thousand three hundred miles away in Oakland, California by Hugh Grew, a man whose broadcasting and production credentials include the biggest and most high-profile awards ceremonies on the planet. Also managing project and technical elements for Hugh was Ian Kennedy from mDots/Fontastics and Tim Harbaugh from Production Networking.

Along with mDots and Production Networking, a key component for Hugh Grew and the graphics portion of the production has been the XPression real-time graphics platform from Ross Video. “We’ve been running two XPression engines for this broadcast,” Grew notes. “One primary and one as backup. We copied everything on the primary engine to the second machine just to make sure we were covered in case anything should go down, but that’s really just a standard precaution. So far, and we’ve done lots of tests in the days leading up to the broadcast, XPression has performed exactly as I expected – we’ve had no resets, reboots or restarts. I can’t stress how important it is to have confidence in your production tools in a live situation like this, and I can always rely on XPression to just work!” 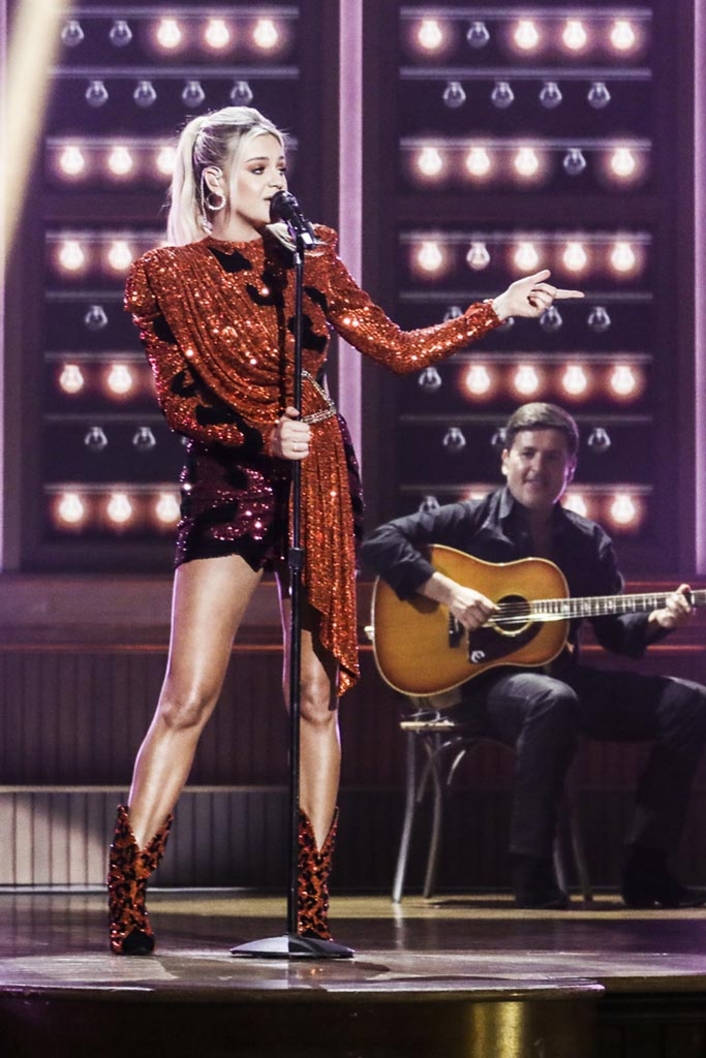 Kelsea Balerini at the ACM Awards 2020

The biggest challenge for Grew in preparing for the broadcast has been the two and a half seconds audio and video delay between the venue in Nashville and his base in California. “A couple of seconds doesn’t seem much given the two-thousand-mile distance, but it’s a little disconcerting not to be able to see your ‘work’ immediately. We’ve been relying on audio calls to send to air, but we’ve done plenty of rehearsing and I’m comfortable we’re going to put on a great show. XPression makes graphics fun again and when we’re talking about remote production, XPression is the least of my worries.”

Ian Kennedy from mDots is getting used to the idea of remote production as a fact of life. “Early in the pandemic I talked with some of my colleagues about remote production and how it would minimize the number of people physically attending a production and help keep everyone safer. We deployed high-grade networking gear, cellular modems, battery backups and lots of XPression keyboards early on to make sure everyone was equipped, and it now feels like we are really getting the hang of things. It’s been a learning process, of course, but every production feels like a step forward – the visuals are getting better every time and the latency has been really good given that we’re controlling the XPression engines remotely using HP Remote Boost. I’ve been extremely impressed with the robustness and performance of the XPression platform and I’m really looking forward to the event.”