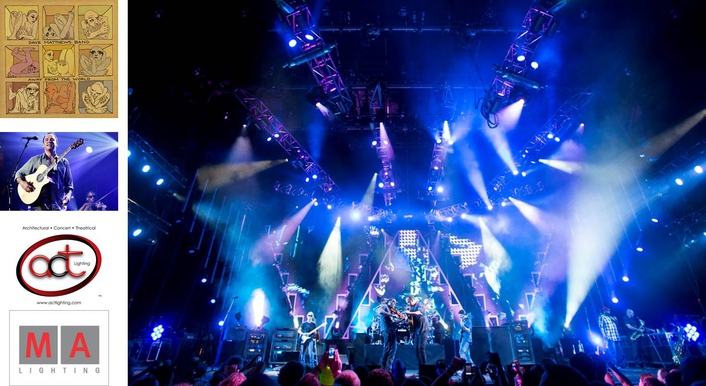 .
The Dave Matthews Band is back on the road this summer with a North American tour preceding the release of their album, “Away From The World,” due out in September. Accompanying the band are 2 x grandMA2 full-size, 1 x grandMA2 light, 2 x MA NSP (Network Signal Processor) and 2 x MA NPU (Network Processing Unit).

The equipment was specified by the band’s longtime lighting designer Fenton Williams and supplied by Theatrical Media Services Inc. (TMS) of Omaha, Nebraska.

Williams, who’s also the overall visual designer for the tour, acts as co-lighting operator for the shows running one grandMA2 full-size while Aaron Stinebrink from TMS runs the second desk. “Fenton is very active and likes to augment on the fly during the show,” says TMS’s Pete Franks who serves as system crew chief on the road. “That’s why there are two consoles always operating front of house – and there’s a grandMA2 light on hand for back up. All are networked together and can control lighting and the Green Hippo Hippotizer.”

Franks notes that Williams transitioned to the grandMA2 after almost a decade of using grandMA “series 1” consoles. “We never considered using another brand when looking for a new console,” he says. “The new units are great with much more functionality. We’ve had no failure with the new units since we started using them.” 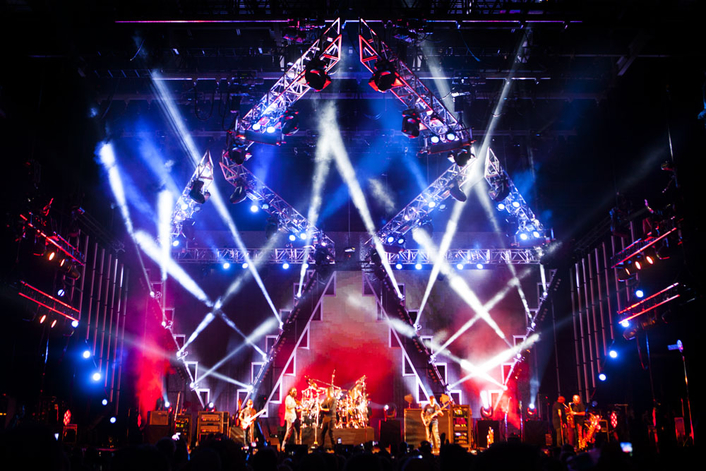