One of the world’s best-selling bands of all time can still attract a crowd after 40+ years no matter where they play. Complete with full costumes and make-up, KISS recently brought their elaborate live show to Europe this summer, kicking off its 40th Anniversary European Tour May 30th in Munich's Olympic Park.

LD Sean “Motley” Hackett (INXS, Savage Garden) has been designing the lighting for KISS shows since 2009. Sean’s new lighting design for KISS’s 2015 European summer tour, which was based on the band’s Las Vegas residency from last November, included the use of 30 Elation Professional Platinum Beam 5R moving heads supplied by Christie Lights. Production design was by Robert Long and Sooner Routhier. 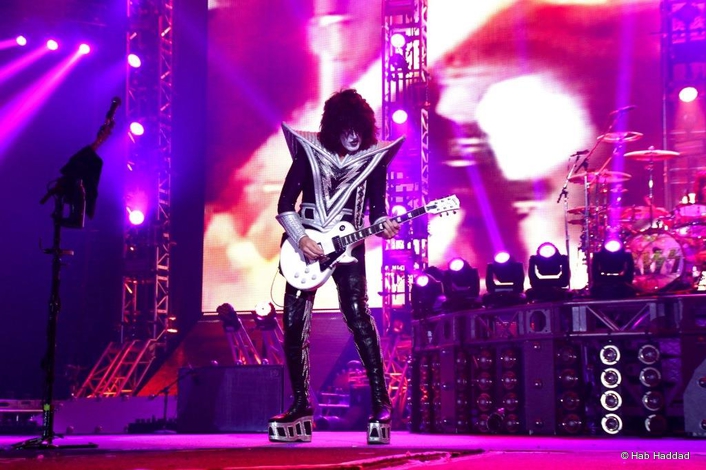 Sean had the popular color-changing beam lights grouped in fans of 5 or 6 in the rig and on stage and used them to complement the band’s catalog of hits with barrages of narrow, dense beam effects. “To me they are the modern equivalent of an ACL,” Sean states of the 2.5 degree ACL-type beam effect, which he also used on KISS’s “Spider” shows in 2013 and 2014. 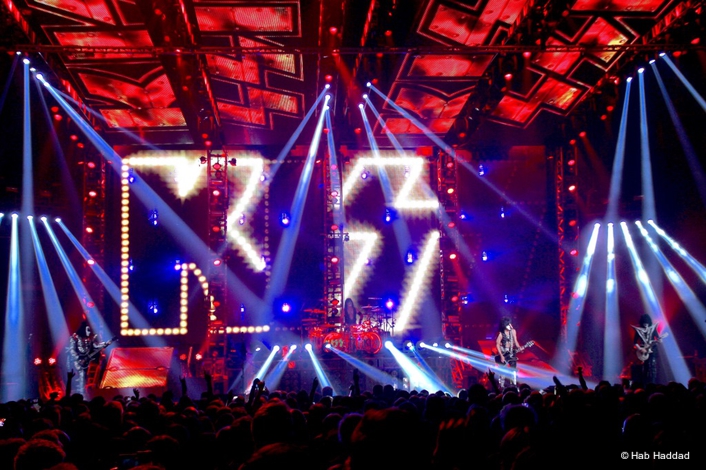 Sean says he was after a beam fixture and Christie Lites in the US had what he was looking for in the Platinum Beam 5R. “They turned out to be great, very quick with good color and beam at a great price. I like how you can frost them out like a wash light with the frost or drop a prism and gobo in to get a big gobo look. They hold up well even with all the pyro blowing up around them. It is so cool having a great beam light as I loved the ACL look of the 80’s.”

Designers have been turning to the Platinum Beam 5R for touring and special event productions since it first hit the market in 2011. While using far less energy than a traditional ACL yet with comparable output, it's also about half the size, which allows it to be installed in very small areas and takes up less space in the truck. Elation launched the Platinum Beam 5R Extreme in 2013.

Playing tracks from across their 42-year career, the European leg of KISS’s 40th Anniversary Tour sold out at virtually every stop. The European tour wrapped up on June 22nd with a final show in Madrid. 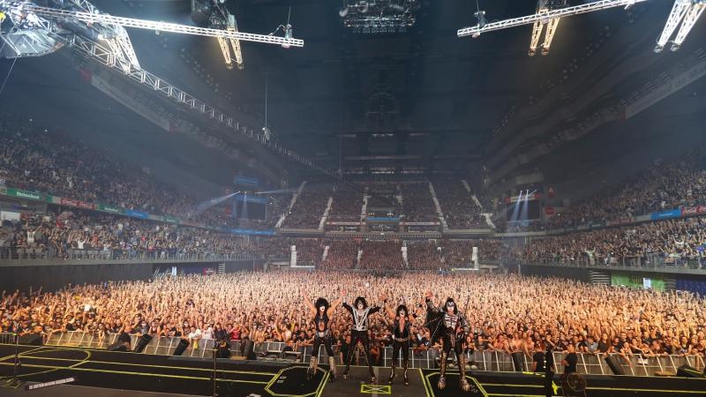