Robe For The Voice van Vlaanderan 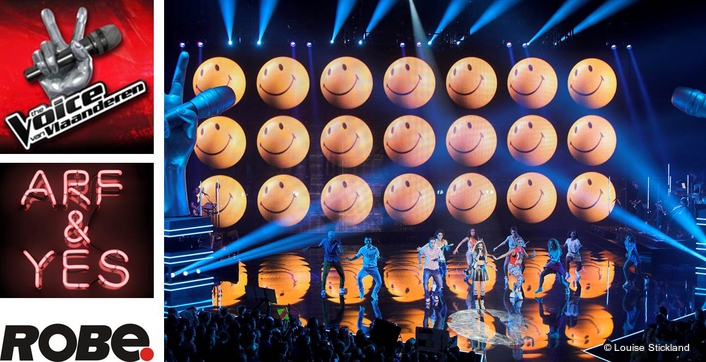 The design was based on giving the show an epic ‘live arena’ aesthetic which is distinctively different from a TV studio
Show Designer Ignace D’Haese from leading Belgian creative show and design practice Arf & Yes imagineered a fabulous production design incorporating lighting, video and scenography for the 2014 live finals of the Voice van Vlaanderen (The Voice of Flanders), staged in the Kuipke (Velodrome) in Gent.

The lighting rig included 100 Robe moving lights – amongst others – and the much anticipated final was broadcast live on Vlaamse Televisie Maatschappij (VTM) the main commercial channel in the Flemish region of Belgium, where five talented young artists battled it out to win the 2014 title.

Being in a position to design the full visual concept – as opposed to just lighting - for the show gave D’Haese a creative continuity that could be seamlessly applied at all levels.

His challenges included working in the ‘found’ space of the Kuipke which – exciting though site-specific performance always is -  is not a regular concert environment and therefore has a relatively low ceiling and restricted weight loading as well as being shaped for speed cycling! 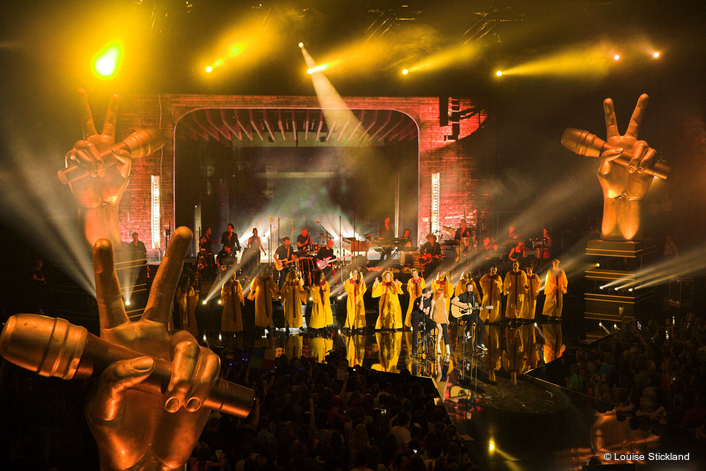 The white ceiling – normally a nightmare for lighting designers - he cleverly subverted and used to his own advantage as a bounce surface!

The design was based on giving the show an epic ‘live arena’ aesthetic which is distinctively different from a TV studio. 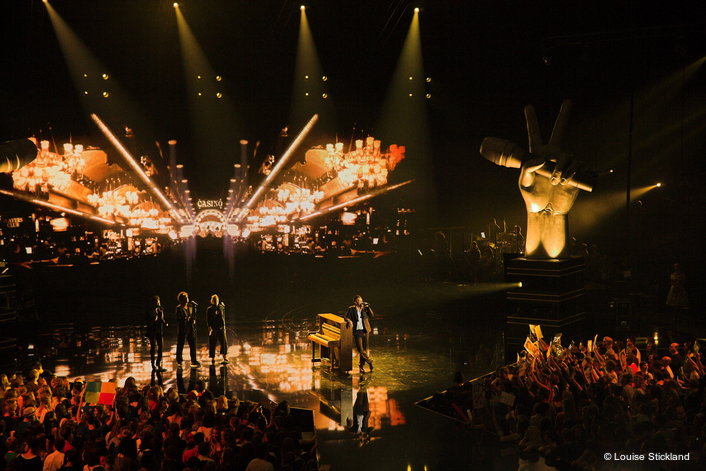 It also had to be flexible and adaptable to deal with the myriad of different musical genres performed throughout the 10 weeks. While the show naturally had to look great on TV, it also had to look spectacular for the 3000 Voice fans who packed into the Kuipke each week to cheer on their favourites.

At the back of the stage was a 16 metre wide by 6.5 metre high 16 mm pitch LED screen, and behind this stood four 10 metre high bespoke ground supported ‘cranes’ constructed from heavy duty trussing which D’Haese designed for the production. 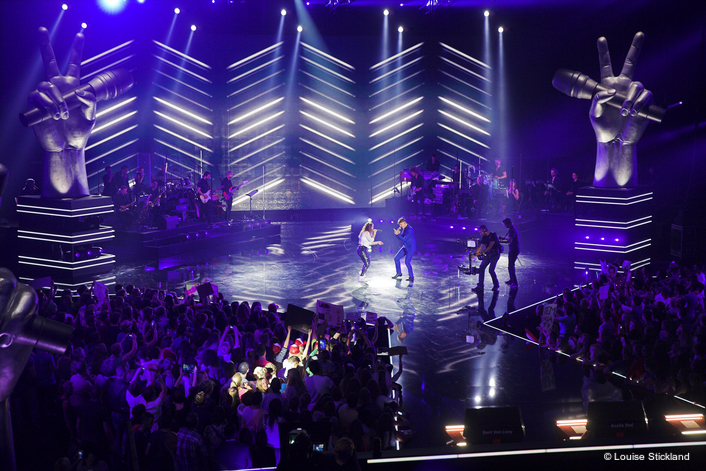 Each of these had a 12 metre arm reaching above the screen and spanning 12 metres across the stage. These end pods were automated by a Wicreations winch system that moved them up and down.  Eighteen of the Pointes were positioned on these cranes with the other 12 on the fronts of the band risers – six a side. The full live band were located on two rolling risers, designed for convenient pushing on/off stage as and when they were needed.

“The Pointe is a fantastic fixture,” declared D’Haese – who uses them frequently and has just completed a fashion show featuring around 200 Pointes.

He likes the zoom and the sheer versatility of the Pointe and the array of looks and the range of effects you can get out of one fixture.

D’Haese is a great believer in the ‘less is more’ philosophy when it comes to lighting – using less fixtures intelligently with thought and diligence, and a multi-functional fixture like the Pointe can really help maximise this style.

The various LEDWashes were dotted all over the rig including on some lightweight trussing runs installed in the roof – the fixtures’ light weight was also a great benefit here. They were used for side fill, for illuminating the large audience, the judge’s chairs and for general washing of the stage itself. 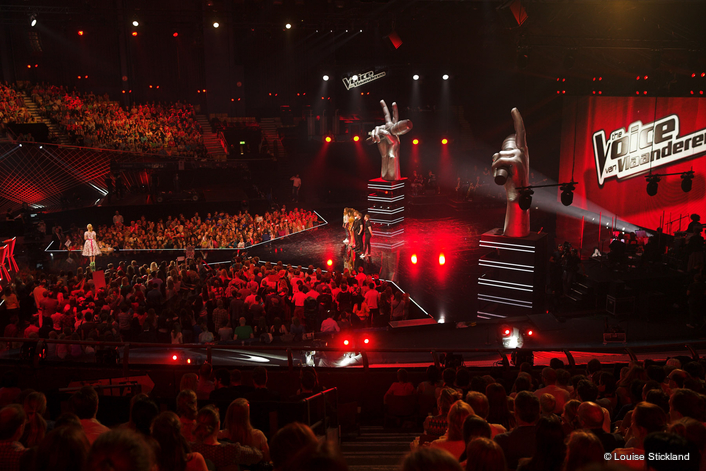 He particularly likes the LEDWash 1200 because it’s such a big, powerful and ‘substantial’ fixture.

The LEDWash 600s he uses like a modern PAR can, something that is absolutely fundamental and a basic building block to lighting any space or environment.

Lighting was operated by Timothy De Mets using a ChamSys MagicQ  M100 with another one operated by Jonas Weyn running the video via an ArKaos media server.

All lighting, video and rigging was supplied by Lier based Phlippo Showlight, one of Belgium’s busiest rental companies which also has a large Robe inventory.