Robe for The Voice Angola

Three new African countries embraced the massively popular singing competition The Voice – South Africa, Angola & Nigeria – with all three series recorded at and broadcast from Stage One, Sasani Studios, Johannesburg - and all featuring over 100 Robe moving lights prominently on their respective lighting rigs.

Johannesburg based production company Multi-Media is co-ordinating and supplying all technical elements – including lighting, sound, video, rigging and staging – for broadcaster AMPN (African Media & Productions Network) TV over an 11 month period which ends in July 2016.

Multi-Media’s technical project manager, Chris de Lancey put together the team who are making it rock which includes lighting designer Joshua Cutts, asked on-board for his experience and flair in lighting live music TV shows as well as his reputation for innovation. Dewet Meyer won the set design after a four-way pitch. 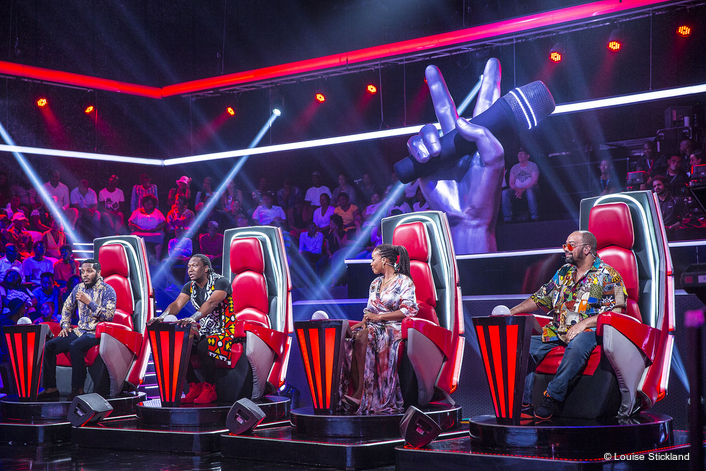 The blind auditions and battle rounds are also staged at Sasani as well as the live finals which are revealing and highlighting some amazing new talents, coached by an array of established stars from each country.

The set is based around the essential Voice guidelines, and within these, remodelled for each series, together with the lighting design, underlining a strong overall Voice identity and allowing each series to have a distinctive style.

Robe caught up with the show during the run of live Voice Angola broadcasts and spoke to Chris and Josh. 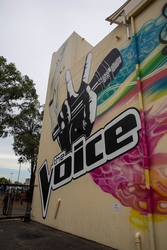 Once the set design was signed off, Josh – a regular Robe user and LD for SA Idols for the last six years - started on the lighting. While the pressure was on the whole production team to make a big impact with the three new Voices, the budget, while tight as always, was not unreasonable.

The set needed lighting from all angles for the 16-camera shoot and the 450 live audience who are seated around 270 degrees of the space. The set contains a lot of 12.5 mm LED panels, so in terms of lighting, beams were important right from the start to cut through the ambience of the scenic video as well as for the show format which ideally lends itself to being beamy.

Josh also wanted a lighting ‘backdrop’ at the stage end that could be pixel mapped, so a grid arrangement includes 12 x Robe CycFX 8s and 24 x LEDBeam 100s together with LED panels and battens.

To ensure the entire set can change colour and be dynamically outlined and highlighted in an instant, around 2 kilometres of LED tape was installed all over it by DWR (also Robe’s SA distributor).

Forty-eight Robe LEDWash 600s form the base wash lighting covering the set and audience. This is a workhorse fixture that Josh uses frequently, and loves for its uniformity and excellent colours.

Twenty-four Pointes were dotted around the studio – all in the air - for all the beam-technology and a host of cool and funky effects. Like many, Josh picked these for their flexibility.

He is using 12 x miniPointe for the first time, four stationed behind the coach’s chairs and the other eight on the stage floor, prominently in the main shots where they created great ACL-style fans and camera effects as part of the general Angola show look. 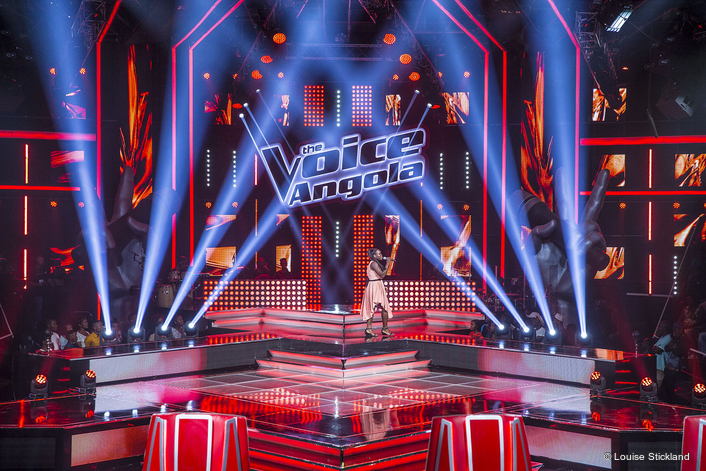 In addition to these, there are around 68 x LED PARs and 24 x LED battens plus generics … all controlled via Josh’s own system featuring a grandMA2 light console and a VPU  running all the video content for set LED panels. The rotation of the coach’s chairs is also controlled through the console.

Josh is really enjoying using both the CycFX 8s and miniPointes for the first time, “These fixtures both do their jobs perfectly” he commented, adding that the miniPointe’s double rotating prism is a great bonus, and he likes the zoom on the CycFX 8s and the fact that they make excellent footlights. 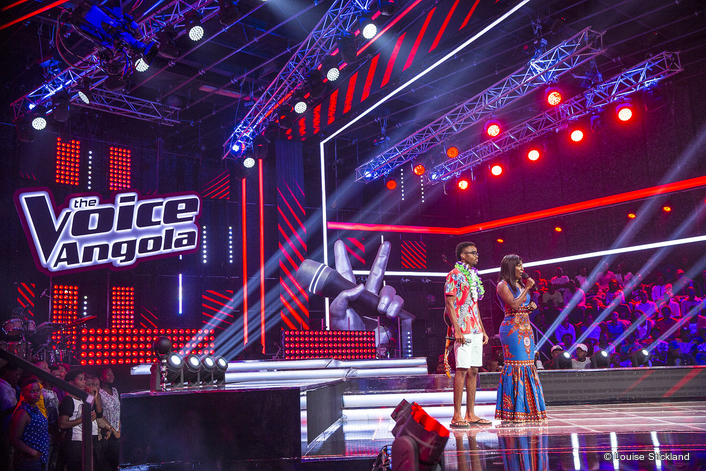 He emphasises that the standard Pointe and the LEDWash 600 are also “Fantastic, reliable lights” which any LD can keep using continually on any project.

Josh is enjoying the challenges of lighting The Voice Angola which include the constants of giving each artist individual treatments and introducing his own little creative touches which ensure that everyone looks dynamic and exciting. 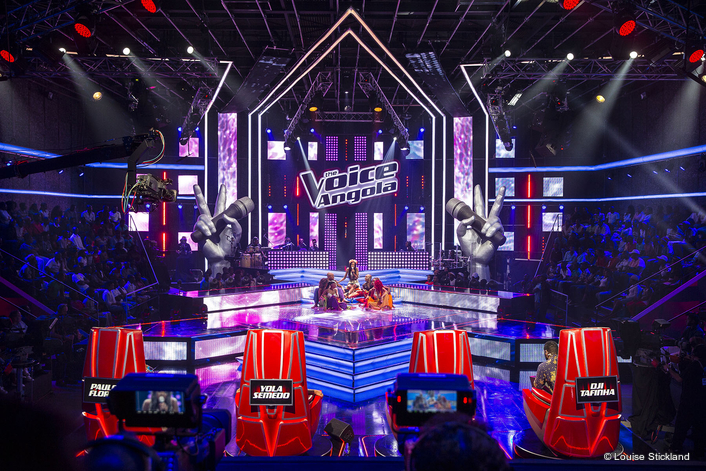 He is working closely with design associate Andre Siebrits on the production. FOH sound is engineered by Auriot Booyes from Multi-Media.

The Voice Angola, broadcast on Jango Magic, shot to the number one ratings slot!

Chris de Lancey sums up, “It’s been very exciting working on something completely new, and I’m delighted with the results and the way the team has gelled and complimented one another. We are all very proud to be part of producing excellent television in and for Africa”.

Robe Has a Voice in Germany
Robe For The Voice van Vlaanderan
Robe For Pro Plus TV, Slovenia