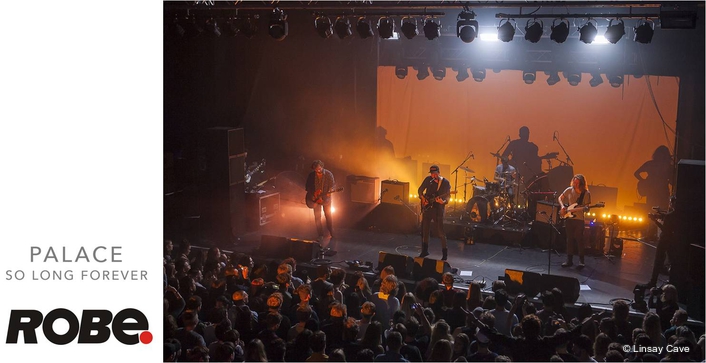 Palace are a much anticipated four piece indie blues rock band from London about which there’s lots of anticipation and excitement and an acclaimed debut EP, “Lost in the Night”.

Lighting designer Steve Bewley - well known for this work with Enter Shikari, London Grammar, Dizzee Rascal, Tinie Tempah and a string of other interesting alt artists –- was asked to light a recent showcase gig  at  the Electric in Brixton, London, for which he chose to use an all-Robe floor package which was supplied by Dragonfly Lighting. 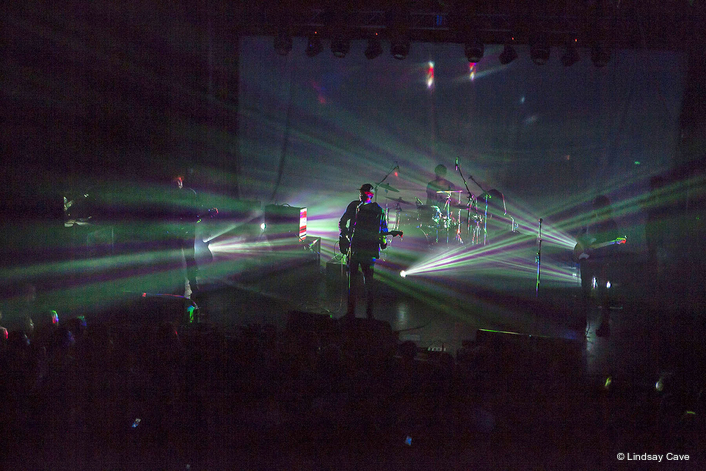 The show came up at short notice, the stage space is limited at the venue and the budget was expedient, so a good practical solution was needed using fixtures that were small, light and powerful, and could be ensconced in any gaps and spaces. He chose eight Robe Spikies, eight LEDWash 300s and eight CycFX 8s … which were combined with elements of the Electric’s overhead house rig. 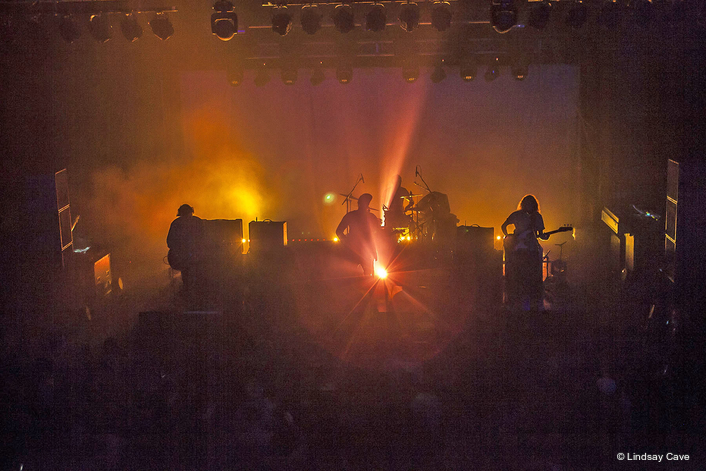 His design also included projections from the FOH over the band and onto a backdrop which brought its own specific texturing treatment to the stage and was very much in harmony with the space bluesy ambience of some of the music. He worked on this and the video content creation with Bronski (Chris Jablonski) of Tawbox.
With a tight budget, plenty of imagination and original thought was needed to create something different and memorable. In addition to being pragmatic, Steve thought that having the primary fixtures on the floor would also work for creating the atmosphere they wanted. 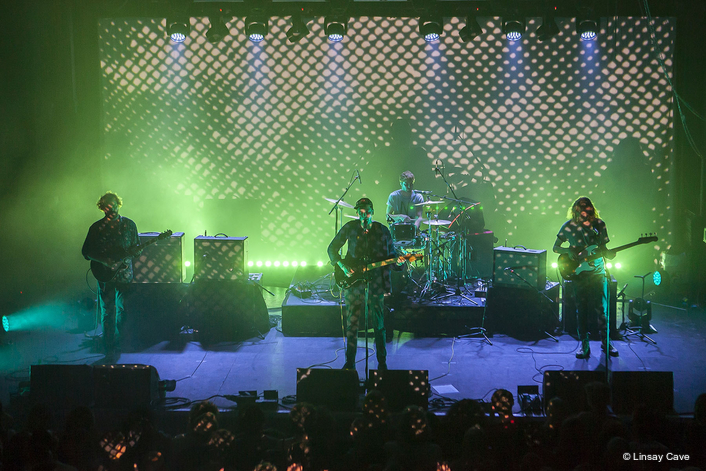 With everything on one level – band, backline and the lights, Steve could create big fields of light and combine them with different Spikie beam looks and effects from the back. It was the first time he’d used Robe’s Spikies, launched earlier in the year and proving a big success, which were a recent purchase by Tom Mason at Dragonfly.
The company was also set up recently to supply the products that were trending and that LDs are most requesting .., rather than them having to compromise with what a rental company might be offering! 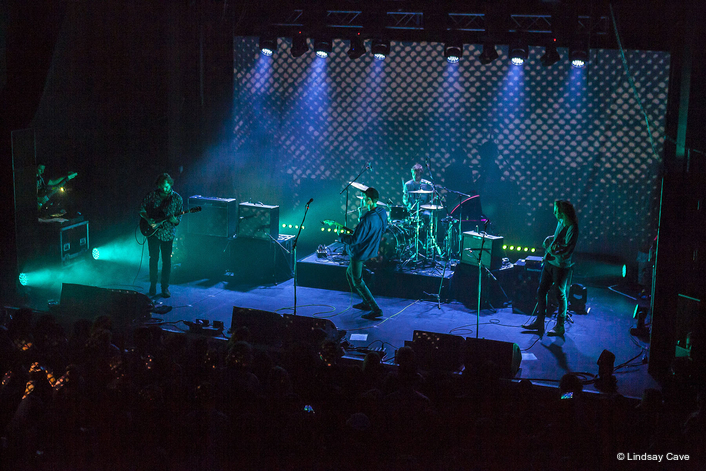 “Spikies are a great little light” commented Steve, “For the size, I’m really impressed with the output”.
He used the prism effect to create some really excellent states that easily sliced through the projections, and also managed to tuck the Spikies neatly away around the sides and back of the risers – hidden from view but highly visible in effect.
The LEDWash 300s were utilised for side light, so the audience caught glimpses of the band via smaller fields of light, contrasted with the larger pools of light. They were also used for silhouetting, which always adds mood and flair to an intimate show like this. 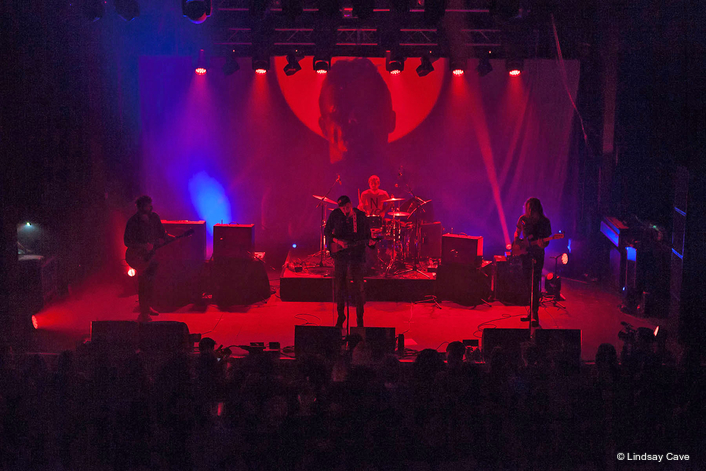 The CycFX 8s were right at the back of the stage, so using the zoom, he could either bring them in as powerful backlighting or use them to create weird and wonderful effects as well as the more standard duties like washing the white cyc which came to life in blazes of colour.
With this gig, it was as much about defining the darkness and lowly-lit areas onstage and juxtaposing them with the lights. Movement was also really important … and a little went a long way! The gig was completely sold out and exceptionally well received.
Dragonfly were able to do an extremely good deal on the lights, which Steve also programmed and ran for the show and his own Green Hippo media server was used to run the video.

Steve has been using Robe products in his work around 12 - 15 years know – ever since the brand first launched in its own right in 2002, a relationship that started when one of the original rental companies he worked for purchased some ColorWash 250E ATs back in the day! Since then, things have expanded and developed rapidly for the Czech manufacturer!
“Robe’s come a long way in a relatively short space of time” he comments, “They have listened to what people have been asking for, learned, and grown into a top level company producing a whole range of great products for all applications!”
Palace are scheduled to be engaging in a lot more live work through 2017 ... so catch them when you can … and watch this space for the rising stars!

A good start to the “Year of the Goat” for Robert Juliat and Pacific Lighting (HK) Ltd
A Lucid Decision to Buy Robe
A Pointless Achievement For Robe LEDWash 600s!