.
Usher and Blake Shelton – two of the world’s biggest music stars – united the genres of R&B and country respectively in front of 35,000 people for a unique double-headline concert at AT&T Stadium in Dallas. The concert was part of a gala event celebrating the 90th anniversary of the United Way of Metropolitan Dallas.

When Usher was confirmed for the gig, Dallas-based lighting and show designer Eric Wade of FOHShow, who has worked with the artist for 15 years, was asked to develop a production design for this special collaboration, and specified 162 of Robe’s LEDBeam 100s and 50 x LEDWash 1200s as part of his lighting rig.

Wade also knows Blake Shelton’s production team, and with Shelton not currently touring, they were happy for him to co-ordinate all the relevant visual requirements for both multi-award winning stars for this epic performance. 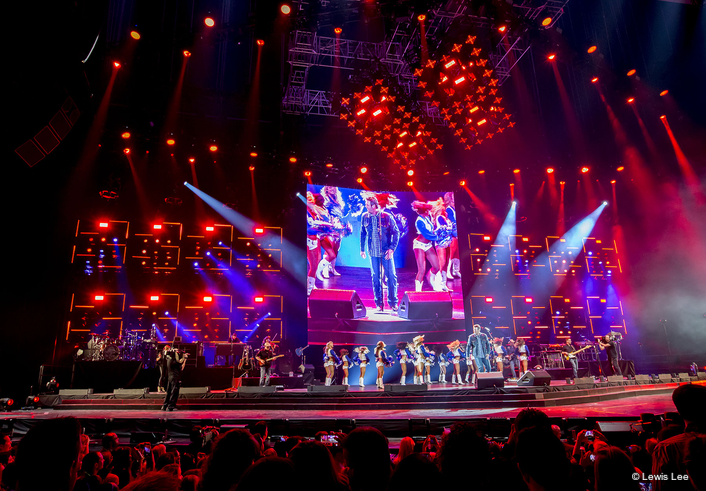 “My biggest challenge was to produce a creative show concept that would work fluidly to present both artists, give each their own individual shows and allow seamless transitions in between the two sets played by each,” said Wade.

The design also had to embrace some special collaborations between the two.

The 125 foot wide stage was built in the middle of the field, and the set designed to allow both bands to remain onstage simultaneously. 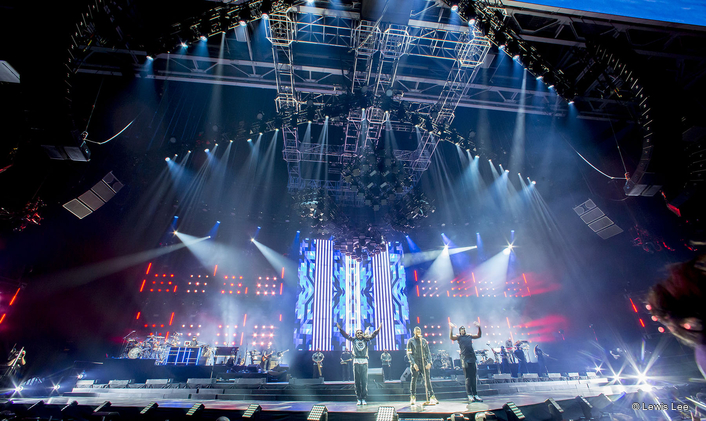 The concert’s flow was further aided by custom-created VT content – commissioned and produced by Wade - shown on a massive upstage LED screen at the back which was flanked to the sides by two more large LED surfaces. The stadium’s impressive ‘house’ LED screen, measuring 160 feet wide by 72 feet high, hung up above and was also utilized for the show video content and IMAG.

With so much LED, it was important for the lighting to have impact, so Wade chose his fixtures carefully.

Robe’s little LEDBeam 100s proved ‘small is beautiful’ once again, and were arranged in eight 9x9 matrixes each side of the stage, breaching the gap between the onstage and offstage LED screens. 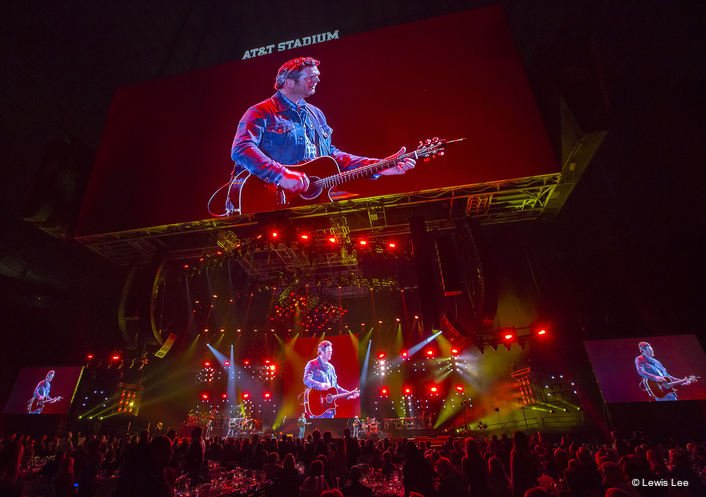 The LEDBeams were arranged on eighteen 10 x 10 foot truss frames, with nine of these positioned on each side. They were a huge visual element of the show. “They were used constantly, and I think they are amazing for such a tiny fixture,” declared Wade. “The colors are really vibrant, they are super-fast and the punch of the fixture is incredible … nothing else would have been small or bright enough to do the job!”

Twenty-four of the LEDWash 1200s were positioned on the stage’s side ladders and used for powerful cross lighting on the bands and the main stage area.

“Fantastic,” commented Wade. In fact, they were so bright that he repeatedly had to tweak the intensity down for the cameras! 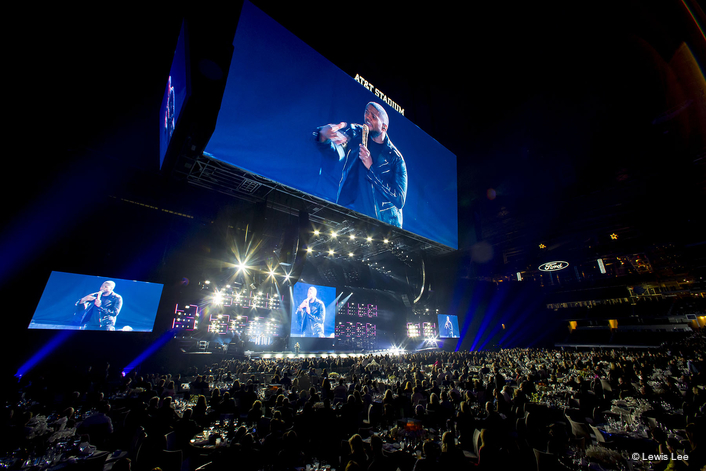 He had been considering using both types of Robe fixtures for some time, and was blown-away with the results.  “I’ll definitely be using these and other Robe products in future,” he stated. 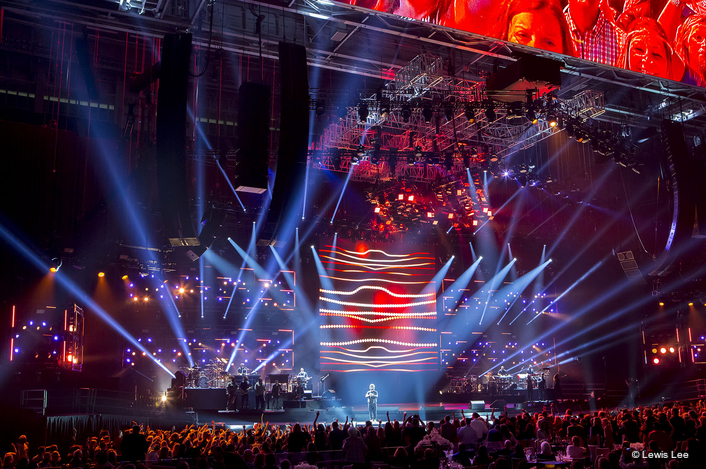 The programing schedule was intense, with a very short timeframe, substantial parts of the show had to be pre-visualized. Wade worked alongside his FOHShow team of Keith Hoagland, on a grandMA2 full size for Shelton’s show and John Lucksinger on another grrandMA2 for Usher’s show. Wade called the show and was assisted throughout the entire show design process by his associates, Jason Winfree and Eric Marchwinski.

The ‘Blusher’ event – as it was popularly dubbed in the press - was a huge success on all fronts. It went down a storm live, and the social media channels were buzzing with speculation about potential future projects by the two high-profile superstars … Is this possibly next summer’s big tour ?