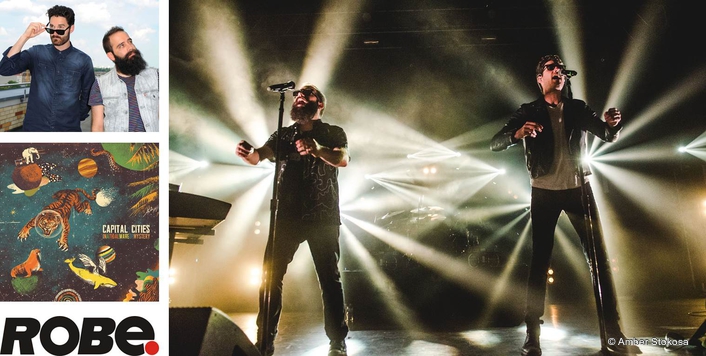 .
Chart-topping LA based indie pop duo, Capital Cities, have completed the first North American leg of their “In a Tidal Wave of Mystery” tour, together with a highly flexible lighting design created by Chris Smith.

For the first time, Smith is using Robe’s CycFX 8 moving LED battens, together with 10 x Pointes.  He had previously used Pointes on a “Fitz And The Tantrums” tour, was hugely impressed, and so when this design came up, he immediately specified them again.

The rig had to be scalable to deal with the variety of venues on the itinerary – from clubs to theatres of capacities between 1000 and 3000 - and to guarantee they always had their proper lightshow. 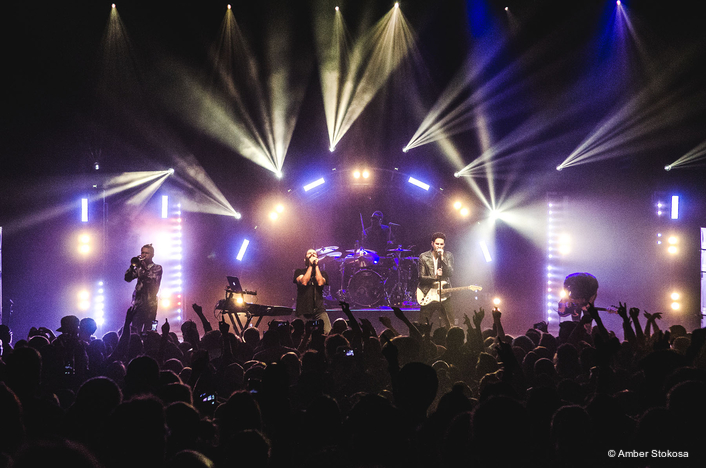 Smith wanted to introduce architecture and shape to the stage, as well as develop a concept that worked as a comprehensive floor package in conjunction with any overheads utilized from the venues’ house rigs.

With a general boost in production values on this tour, Smith’s first idea - based on a 13 foot  high ground-supported arch truss which defines the whole performance area, was loved by the band, who are known for their highly visual and imaginative music videos. 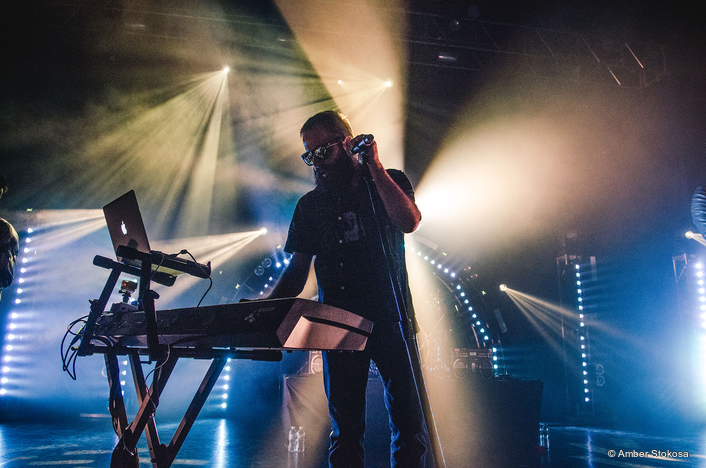 Simple yet striking, as soon as this concept took off, Smith thought about utilizing the CycFX 8s!  He believed they would be perfect to highlight the structure itself as well as for multiple effects and decided to specify 15 for the tour. They are rigged on the arch, which they can also tone beautifully.

The show is really maximising the massive potential of the Pointes – also positioned around the arch - for producing an almost endless string of looks and effects including great laser simulations with the linear prism.  Smith likes the colours and the fact that they work equally as well as a beam or a spot fixture.  “The versatility is awesome!” he stated. 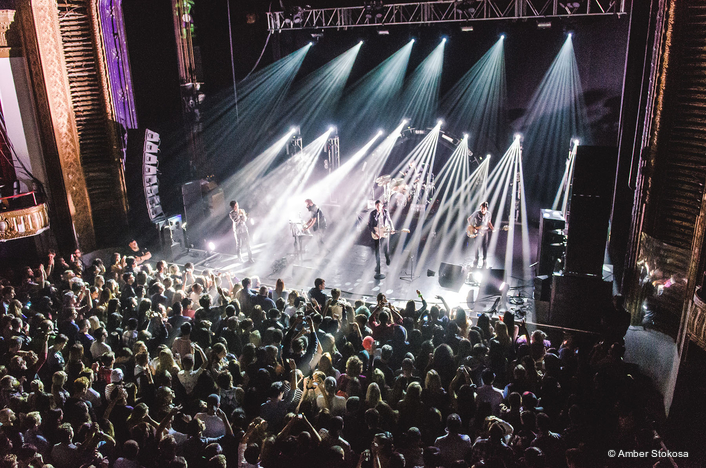 The light weight and compact size is also a great advantage – they sit on their bases on top of the truss to maximise every inch of potential height.

Working with Lighting Director Ben Lewis, who is looking after the show on the road, the CycFX 8s have been pixel mapped via the grandMA2 console’s bitmap functionality, so video sources can be played through them in addition to the units being run as conventional lightsources.

This has enabled the creation of many framing and ‘one-shot’ high-impact effects that run right on the beat of the music for which the units are mostly zoomed-in so the individual beams stand out clearly and cleanly. 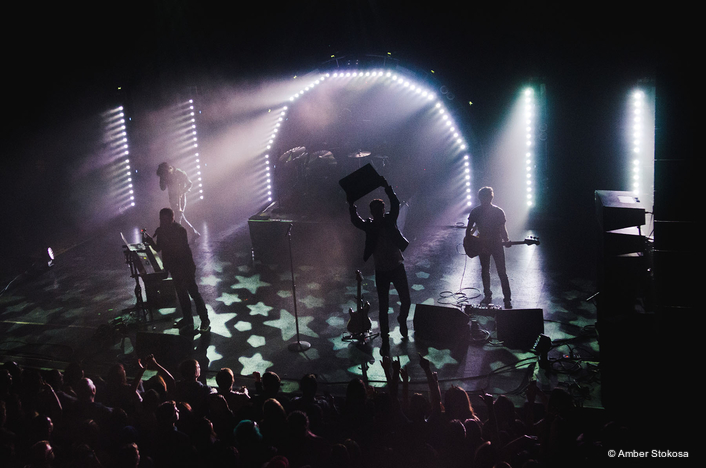 Running to SMTPE timecode, the MA2 triggers the cues ensuring these ‘one-shot’ effects will always run on time and bang on the beat!

“The CycFX 8s are definitely living up to my expectations.” said Smith adding that, so far, they have also proved completely reliable and fully road-ready!

The CycFX8s and Pointes were supplied to the US tour by VER.