This year’s rig featured 55 x Robe ROBIN Pointes plus Robe LEDWash 600s and MMX Spots
“The annual CMT Music Awards telecast is one of the best of its kind, and in some ways the best music awards presentation of all. Last night’s production proved me right once again,”* enthused media critic Ed Martin about the 2014 event.

This year’s star-studded CMT’s was lit by Tom Kenny for the fifth consecutive year, and he utilised a variety of Robe fixtures including Pointes, MMX Spots and LEDWash fixtures on his massive lighting rig in the Bridgestone Arena, Nashville, Tennessee. 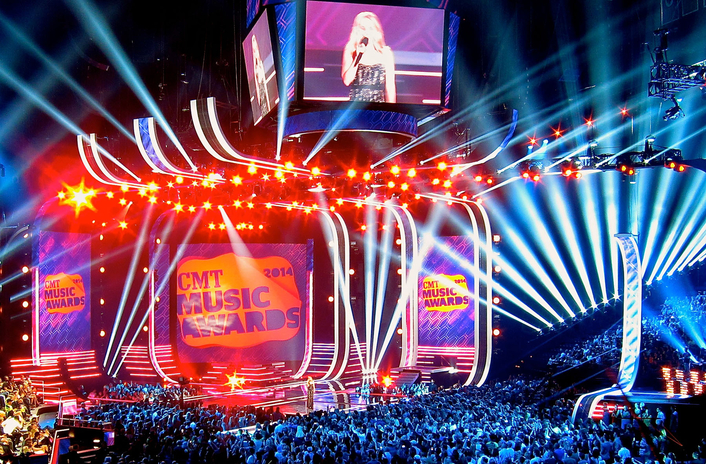 Hosted by Kristen Bell and produced by Michael Dempsey Productions along with John Hamlin, Amy Johnson and Margaret Comeaux from CMT, the live broadcast received an incredible response from both the public and media. Thirty thousand country music fans also packed the arena to catch the amazing line-up and witness many live show-stopping performances and unique collaborations.

Kenny also designs lighting for several other high-profile MTV and movie Awards shows worldwide, including the stunning 2013 MTV EMAs in Amsterdam. He has developed his own distinctive style of lighting when lighting these by combining the incredible buzz of ‘live’ performance with the demands of a premium television broadcast.

“The idea is based around really ramping up the excitement and anticipation and making it a proper live experience for everyone there as well as all the TV viewers,” he explained.

This year’s rig featured 55 x Robe ROBIN Pointes plus Robe LEDWash 600s and MMX Spots – supplied by VER, together with the rest of the lighting equipment and video elements. 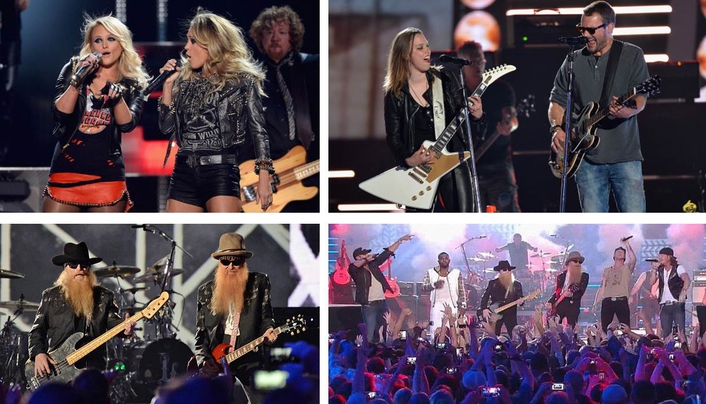 Additionally, Kenny designed lighting for two prominent outdoor performance stages that allowed an additional 15,000 country music fans to enjoy the action and energy of the evening in Nashville.

Kenny collaborated with set designer Anne Brahic and Video Content Producer Laura Frank to create the look and feel of the show.

The set featured slick, clean, modern lines and was extremely elegant. Kenny’s lighting matched these aesthetics while bringing a lavish and epic feel to the environment.

He used the Pointes to ‘bookend’ the set architecture on both stage left and right, as well as lights on the floor and vertical truss sections upstage.  There were another 10 units to back and key light the Nationwide Insurance (satellite) stage.

The MMX Spots were on audience trusses above the auditorium and the LEDWashes were positioned stage right at concourse level, lighting some of the set pieces.

“The Pointes were definitely the stars of the lightshow,” said Kenny who was actually the first designer in the US to use these fixtures immediately after their launch last year and has continued to specify them on many projects. 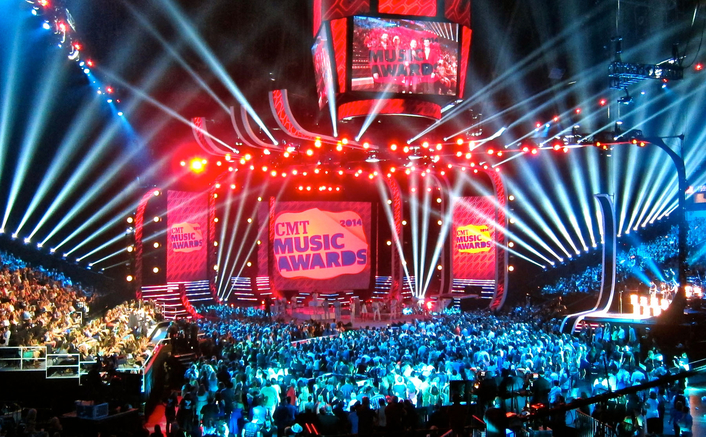 He loves the intensity, speed and the myriad of dynamic effects that can be produced.

“A multi-functional light like the Pointe is the perfect tool for lighting shows like this with such a wide variety of performers – all of whom have to look different! There is also a need to produce real WOW factors continually throughout the show, and for such a compact fixture … the Pointe is really impressive”.

The control set-up included 10 x grandMA2 consoles and a Hog 4.