Robe continues its support of students involved in the technical and creative aspects of lighting, and once again made nearly 40 moving lights available for the 2016 Concert Lighting Project at Rose Bruford College in Kent, UK.

This practical module offers second years on the BA (Hons) Lighting Design course at the leading UK theatre and performance college the opportunity to explore and engage in non-theatre lighting genres like live music.

Covering a period of about four weeks, and mentored by leading industry designer Dave ‘Biccie’ Lee, the programme culminated with the design of a real lighting rig programmed and operated by the students - Will Steggles, Sam Woolass, Stacey Sandford, Andrew Budge, Matt Bevan and Mitch Andrews - for a ticketed concert at the college’s Rose Theatre. 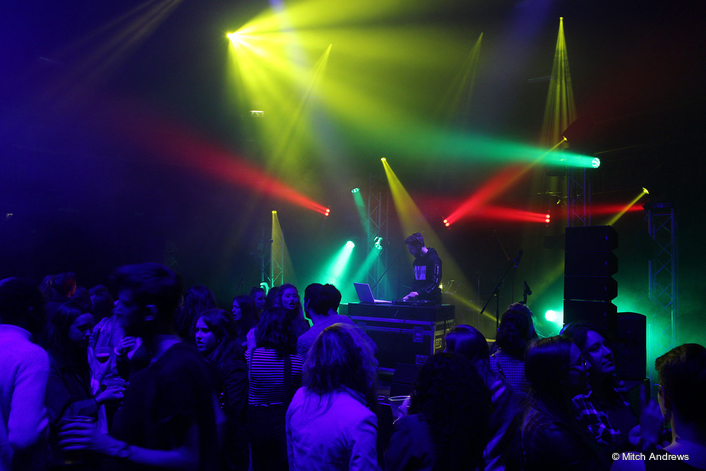 The Concert Lighting Project idea was initiated by the college’s Programme Director for Lighting Design, Hansjorg Schmidt a couple of years ago, and has been a great success in increasing knowledge and awareness of the real challenges in lighting a show. 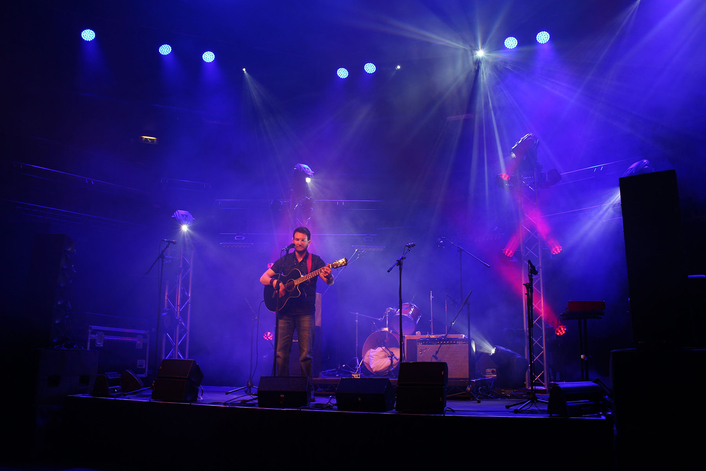 In the process, the Project has created an industry-led initiative offering students a taste of what it’s like to work in the real world, thinking about the practicalities of rigging lights in various spaces, contending with tight timeframes and budgeting as well as catering for different artist line ups and styles of music. 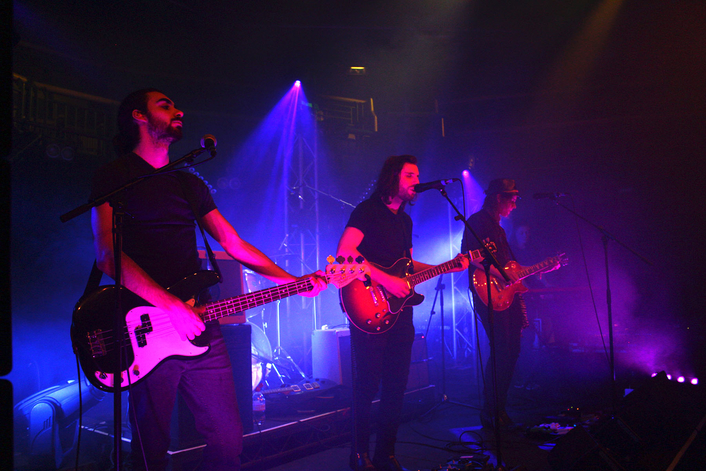 This year Robe made 36 fixtures available – a mix of LEDWash 600s, 600E Spots, LEDBeam 100s, CycFX 4s and MMX Blades, Spots and WashBeams. All of these helped produce some spectacular results for the three bands - Dion Deverill, Harmony Blues and Reckless Jacks –enjoyed by a capacity audience.

Biccie’s hectic touring schedule – he’s currently lighting director on the road for 5 Seconds of Summer’s hugely successful world tour – meant he could get the students up-and-running in creating the lighting design, thinking about the plot, considering the different types of fixtures available and the most practical and imaginative ways they could be positioned and integrated into the show.

He drew up the first draft of the plot for the concert, but could not be present at the actual event due to commitments with 5SOS in Asia, adding a further challenge to the participants.

Before then however, he assisted them in devising the plot and position the fixtures in relation to how they were going to light the action below. “It was excellent having the Robe fixtures available, their flexibility, light weight and small size helped massively,” he commented.

Dave also presented a Masterclass session for 30 Rose Bruford students, sharing information about a recent 3-day gig he lit in Taipei Arena for Taiwanese indie-pop superstars Sodagreen who teamed up with the 60-piece GermanPops Orchestra for their unique ‘Unfinished Story” concerts.

Once the first draft of the rig was finalised, Dave drew it up in VectorWorks and sent the file to Mitch Andrews, a Lighting Design course finalist who also crew chiefed the Project for the second year running. He adapted the file to the final fixture count, as Robe and the other manufacturers and rental companies involved confirmed what they could provide for the Concert.

The students had two days before the gig to load-in, rig the lights and complete the programming assisted by Rosie Haigh from Avolites. The time was split between the six of them, as each created their own looks on different pages of the Avo Arena console.

During the show, each took turns to light the bands.
Mitch Andrews says the Concert Project is “totally different to other shows staged at the college, and really gives that hands-on experience. It’s also the first time most students have used intelligent lights, and certainly the first time they have used THIS many!”
For him personally, it was one of the largest rigs he’s installed and system designed.
Hansjorg adds that apart from the chance to light a real concert, the event is an insight for the students into the importance of networking, building up contacts and connecting with key industry players who could potentially help them start an industry career.

In addition to Robe, other ‘industry partners’ supporting the Concert Lighting Project this year included Avolites and rental specialists Siyan and TSL Lighting.
“These companies all embody the quality and innovation characteristic of the entertainment industry worldwide, and passionately believe in the importance of education and the need to invest in the next generation of LDs and technicians. Their hugely generous support is of great value to the Lighting Design programmes here,” sums up Hansjorg.